Chasing the Future by Slow Train 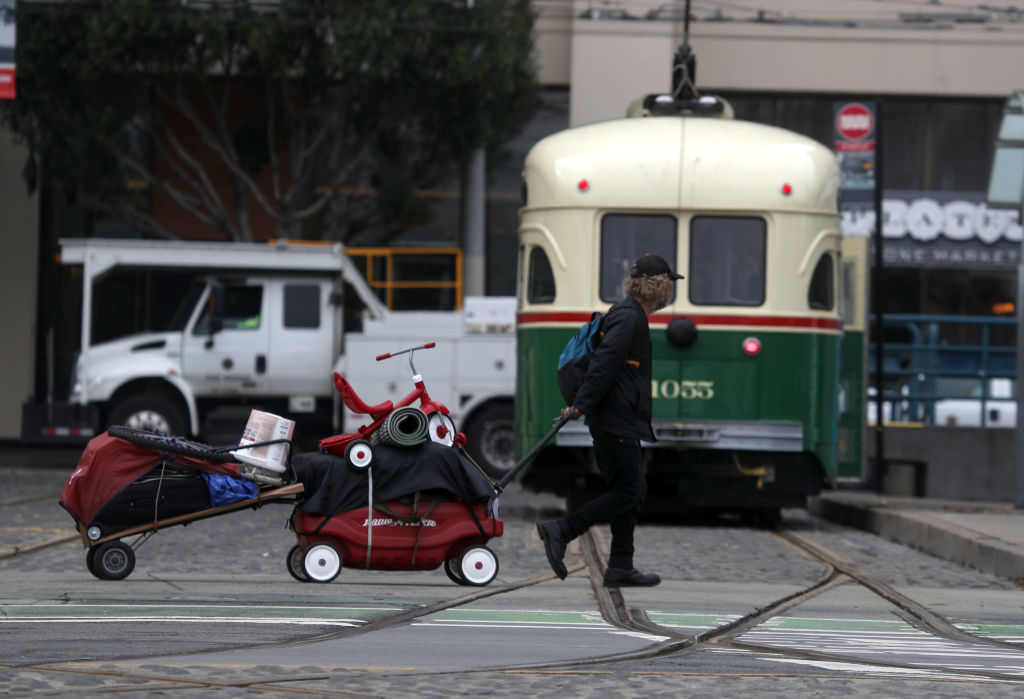 San Francisco in recent years has become an advance warning for the collapse of city government, urban life, and even of civilization itself. Now it seems that “a survey of electric vehicle (E.V.) charging stations in the San Francisco area has discovered that about one in four don’t work.” It’s no surprise, of course, that some of the urban infrastructure of San Francisco might not be in the best of shape.

At the same time, California used to think of itself until very recently as the future of America and even of the world—the harbinger of innovative technologies that will transform our lives for the better. It’s also the state that has the deepest-greenest consciousness in the U.S. There’s a “tension” between these two self-perceptions, as we’ll see, but they combine easily enough to make Californians the Americans most likely to lead the switch from petrol-driven to electric vehicles.

And the latest statistics confirm that. With only 10 percent of the nation’s cars, California now accounts for over 40 percent of all zero-emission cars in the U.S. As sales of E.V.s rise, however, there needs to be a matching increase in the number of electric charging stations to give the new model vehicles the juice to keep them on the road. 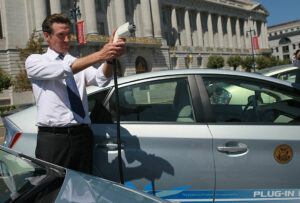 As Yahoo News discovered, when researchers drove their E.V.s to hundreds of public charging stations in nine Bay Area counties, they found that 27.5 percent were unusable for one reason or another. Given the newness of the technology, the list of failings had an oddly familiar, almost domestic ring to it. The most common fault, at 7.2 percent of stations, was a payment system failure. Second was a charge initiation failure, at 6.4 percent, where charging either didn’t start after paying or stopped within two minutes. Around the same number had a problem with the screen — either totally blank, non-responsive or displaying an error message. Almost 5 percent of chargers had cables too short to reach the car, and a few had broken connectors or other trouble connecting with the cars.

Because a full tank of electricity goes less far than one of petrol, E.V. drivers often have to calculate pretty accurately how long a journey they can afford to take in time rather than money. If a quarter of charging stations aren’t working, they can be stranded unexpectedly. Hilly San Francisco has its own kinds of hazards for stranded drivers—ditto California’s endless series of spaghetti junctions—but only very rarely will they include the weather (earthquakes, more so).

What, however, of the great plains? Even for everyday driving tasks, people there are accustomed to going long distances through places where you wouldn’t want to be stranded on a cold day anyway, but in particular if you were driving an E.V. since they don’t work so well on cold days.

Consumer Reports has recently examined the performance of E.V.s in this regard. The experts they asked pointed to two problems: first that an E.V.’s battery power and range declines as the temperature falls, especially when it falls below zero Fahrenheit—not uncommon in large parts of the U.S. during the winter, from the Upper Midwest across to New England; second, even at somewhat warmer temperatures, the car’s internal heating arrangements draw electricity from the battery and decrease its range. 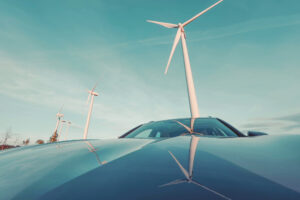 How severe are these problems? Consumer Reports put two E.V.s through the following test last January in Connecticut: three different journeys, amounting to 64 miles in all, with the E.V.s allowed to cool down after the first two journeys so that they would need to reheat each time. What CR found was as follows:

The Nissan Leaf (with its base 40 kWh battery; a longer range version is set to go on sale later this year, Nissan has said) has an Environmental Protection Agency-estimated 151-mile range. At the end of our 64-mile drive, the predicted range left was only 10 miles. Using the advertised range, the car should have traveled 141 miles before it was left with only 10. That’s more than double the anticipated loss in range.

The Tesla Model 3 has an EPA-estimated 310-mile range. At the end of that same 64 mile drive, it indicated there were 189 miles of predicted range. Put another way, the Model 3 used 121 miles worth of range in only 64 miles. That’s almost double the anticipated loss.

Now, these are early days in the development of E.V.s, and their development teams are very confident of finding ways to improve their performance on battery power and distance range as on much else. For the moment, however, EVs can’t travel very far in cold weather, and in wide open spaces they depend upon the availability of a large network charging stations (that actually work). That means the more thinly populated areas of the United States will need to expand their network of E.V. charging stations very considerably to make it worthwhile for local folks to buy E.V.s—which in turn means a vast program of electrification across the fruited plain.

To get some idea of what that means and will cost, let me quote a U.K. study by a distinguished British engineer, Mike Travers, who in The Hidden Costs of Net-Zero estimates that the cost of installing the E.V. charging points alone will be a considerable one—something on the order of £31 billion in the much smaller geographical area of the United Kingdom.

Mr. Travers goes on to estimate the impact not only of switching to electric cars but also of wider policies of decarbonizing, for instance, home heating, and concludes that the extra demand for electricity would overwhelm the existing system of electricity distribution and require massive infrastructure repair and development at a total bill of £410 billion. Adjusted for population and expressed in U.S. dollars, these figures become $201 billion, $2,665 billion, and just short of $20,000 per household. And for what?

These figures should be taken with a pinch of salt, but they give some idea of the magnitude of the costs of switching from petrol-driven cars to E.V.s in a few years—the Brits are being told to do so by 2035. And they don’t include all the government costs of subsidizing the switch over. In California they include grants to low-income families to purchase E.V.s from the Bay Area Air Quality Management District. 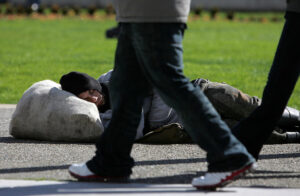 Don't worry: the BAAQMD is here to help!

But what these government rules and subsidies are financing is not the switch from petrol to electricity itself—the evolution and spread of EVs is happening anyway—but its acceleration in response not to market forces but to the non-market instructions of the administrative state. Some of the early flaws and drawbacks of E.V.s would be solved and overcome anyway during the process of market expansion—in effect subsidized by the wealthy acting as pioneer consumers of new luxury products as they always have—while the price gradually comes down. Instead, governments are spending a great deal of money—and making us poorer in the process—in order to make something happen more quickly at the cost of making it happen inefficiently and less cheaply.

Do we really want our economic progress pioneered and charted by government which creates a Bay Area Air Quality Management District to finance the purchase of the latest luxury goods by the poor but can’t manage to maintain the charging stations that enable to all drivers to be sure of reaching their destinations?

Look who’s in the White House. Consider Gavin Newsom in the Golden State. Apparently we do.

4 comments on “Chasing the Future by Slow Train”