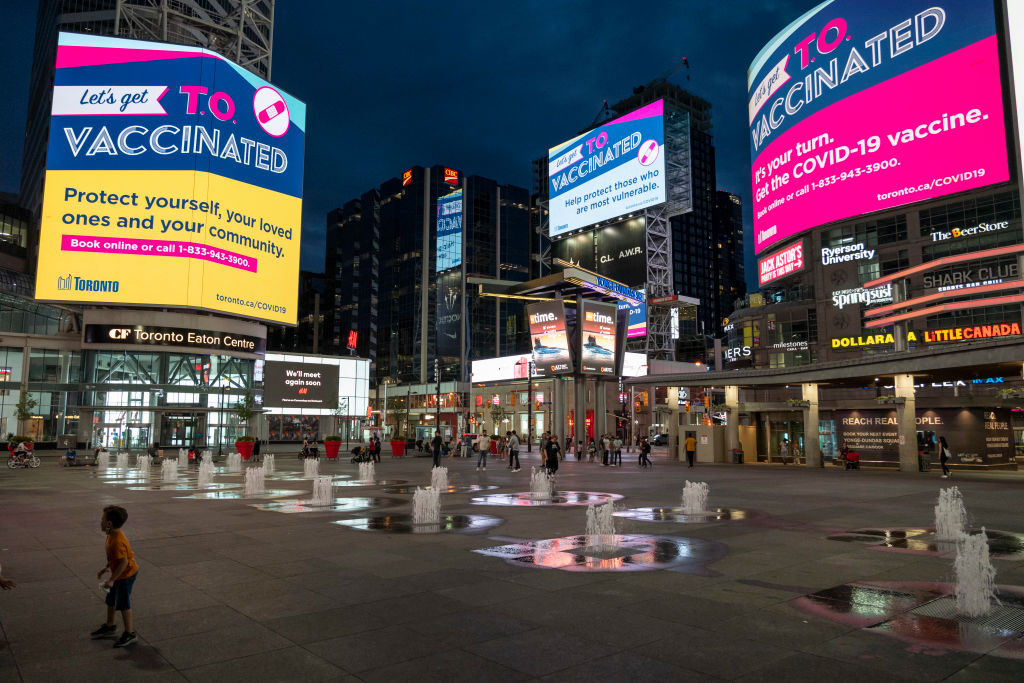 Toronto: get with the program or else.

Things are not going well in this country. In fact, things have rarely gone worse. We have a prime minister who has deliberately flouted The Charter of Rights and Freedoms, imposing vaccine mandates that violate several of its sections, in particular Sections 1, 7, 15 and 52(1), which guarantee the life, liberty, security and protection of every citizen under the law without discrimination. Covid has furnished a gilt-edged opportunity to scrap such constitutional provisions.

True to form, Trudeau the Younger has falsely claimed that the uninjected are responsible for the pandemic. He has scapegoated the unvaccinated as “a small, fringe element in this country that is angry, that doesn’t believe in science, that is lashing out with racist, misogynistic attacks [he meant “misanthropist”], and who are taking up space… Do we tolerate these people?” Obviously not. He went on: “And I know we’ll not allow those voices, those special interest groups, those protesters — I don’t even want to call them protesters, those anti-vaxxer mobs — to dictate how this country gets through this pandemic and how we recover our economy free from lockdowns.”

What Canadians do not seem to understand is that mandatory this eventually leads to mandatory that. Initial consent will often culminate by increments in abject capitulation to the imposition of autocratic measures. 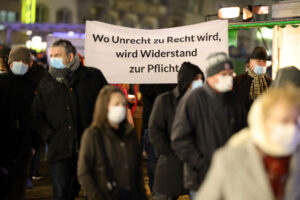 Taking a page from the Covid dictatorship in Australia, the Public Health Agency of Canada’s News Release of August 13, 2021 earmarks funding for what is euphemistically called the Safe Voluntary Isolation Sites Program. One wonders how “voluntary” such an institution will be. Camps will be built in various municipalities in the provinces of Ontario, Saskatchewan, British Columbia, and Nova Scotia. Such camps begin to sound suspiciously like internment centers, all in the name of saving us from ourselves.

Trudeau is cut from the same tattered cloth as Joe Biden, who warned “We are looking at a winter of severe illness and death for the unvaccinated for themselves, their families and the hospitals they'll soon overwhelm.” This is fear-mongering on steroids in an attempt to impose unconstitutional mandates upon the country in defiance of the data showing the vaccines to be largely ineffective and even harmful.

Biden continues: “But there's good news: If you're vaccinated and you have your booster shot, you're protected from severe illness and death.” After two weeks to flatten the curve morphing into two years of masking, quarantining, lockdowns, two initial jabs followed by a growing queue of booster shots, all without provable long-term effect, all waning and helpless against viral mutations (Sources: 1  2  3  4  5 ) and perhaps responsible for them, it should be obvious that Biden is a liar from the egg, as is Trudeau.

Regardless of the similarity between the two leaders, there is a crucial difference between Canada and the U.S. In America one can still find enclaves of liberty in the so-called red states, which have abolished Covid mandates, lockdowns, masking and vaxxports. Not so in Canada, where not a single province or territory offers even a modicum of sanctuary for those who oppose a mandatory system and who refuse to allow an experimental and poorly tested gene-therapy vaccine to be injected into their bodies.

But these stalwart souls are a minority. The majority are easily manipulated and seem to have no problem with the gradual march of tyranny into their lives. The extinction of liberty and the tactics of repression can begin slowly and insidiously, aided by a condition that Ghent University professor Mattias Desmet and psychiatrist Mark McDonald call “mass formation psychosis” among the public, until it reaches a a point at which it become too late to withstand the rise of totalitarian regimes. 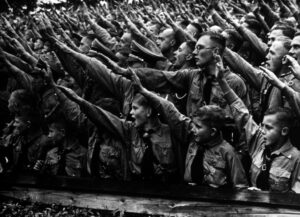 Nuremberg: the science was settled.

Failing which, the next stages of the process inevitably follow: the stripping of further rights, dehumanization, detention and incarceration, and eventual elimination.

Those who believe it can’t happen here are in for a rude shock. It is happening as we speak. Under the reign of the Trudeau the Younger, and considering the utter lack of opposition parties and a largely compliant and indifferent public, Canada is approaching the inflection point of no return from the precipice of unaccountable government intent on absolute authority and the eradication of Charter freedoms. Despite a number of resistant organizations like No More Lockdowns Canada, Russ Cooper’s C3RF,  Take Action Canada, and the Justice Centre for Constitutional Freedoms, it seems an uphill battle to Make Canada Canada Again.

One comment on “Canada: New Kid on the Totalitarian Block”