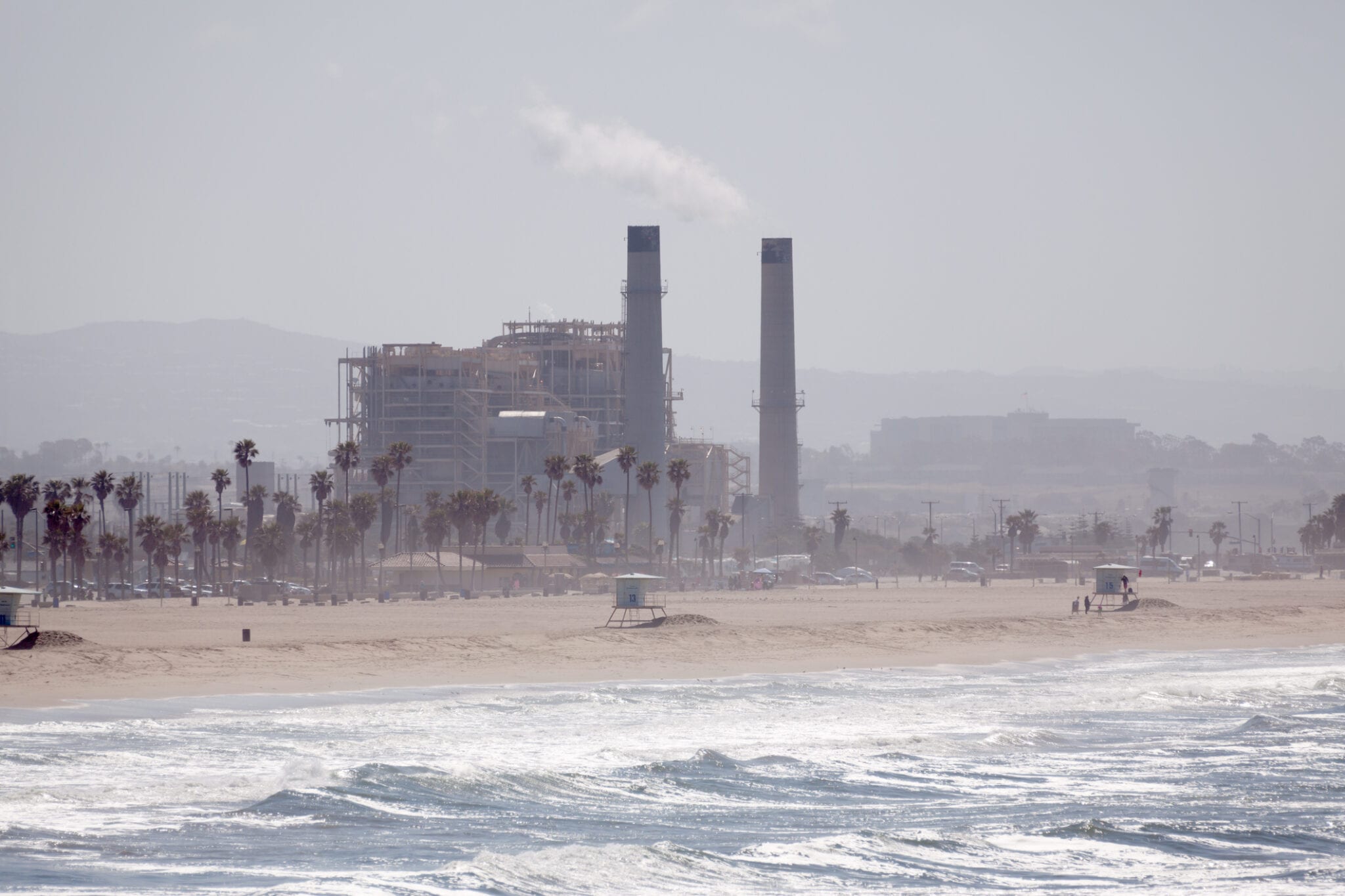 Huntington Beach: seawater is good for humans and other living things.

Last week I described the dilemma facing the California State Water Resources Control Board. It could demand adherence to the schedule for closing coastal gas plants which use sea water by the end of this year. If they did so, they would compound California's energy crisis; if not, the board would have to face the fact that renewable energy was insufficient for the State's needs and acknowledge that it needed these fossil fuel plants to continue operating or the state would face further blackouts.

Today it acknowledged reality, as the Los Angeles Times reports. The board allowed the plants to remain in operation for a few more years until --  they hope -- chimerical renewable energy can pick up the load:

State officials threw a lifeline to four fossil fueled power plants along the Southern California coast, deciding the facilities are still needed to provide reliable electricity even as they contribute to the climate crisis.

Tuesday’s vote by the State Water Resources Control Board to let the gas plants keep operating past the end of this year followed brief rolling blackouts over two evenings last month, as a heat wave caused air conditioning demand to soar, and California found itself short on electricity supplies.

Energy regulators are still investigating the causes of the power shortage. But they said allowing the coastal gas plants to stay open a few more years would help prevent more outages as California continues its transition to cleaner energy sources — an ironic solution given that climate change almost certainly exacerbated the recent heat wave.

Maybe it won't ever get hot again in California. Maybe there never will be smoke and smog blocking sunlight. Maybe storage capacity will be vastly increased. Maybe the gas plants will find an efficient , affordable way to discharge seawater without substantially affecting marine life. Maybe not.

Of course the notion that the warm sea water discharge from the plants seriously harms marine life may also be open to some  debate.I remember environmentalists claiming the caribou would die off if the Alaskan pipeline was built, but it turns out the caribou love it:

Thirty years later we can see the effects of the pipeline on the caribous. Walter Hickel, a former U.S. Secretary of the Interior and governor of Alaska, said the caribou has not only survived, but flourished. In 1977, as the Prudhoe region started delivering oil to America's southern 48 states, the Central Arctic caribou numbered 6,000:it has since grown to 27, 128.

It's hyperbolical predictions like this, that make me chary of the environmentalists claims, which always exaggerate the risks of real energy production while they ignore the risks related to "renewables,"such as the risk to birds from large solar arrays in the dessert and from windmills and the danger now of disposal of solar panels and windmills that are now out of commission or soon will be.

Let me know when they march on the auto companies to highlight the environmental risks in the creation and disposal of electric car batteries.