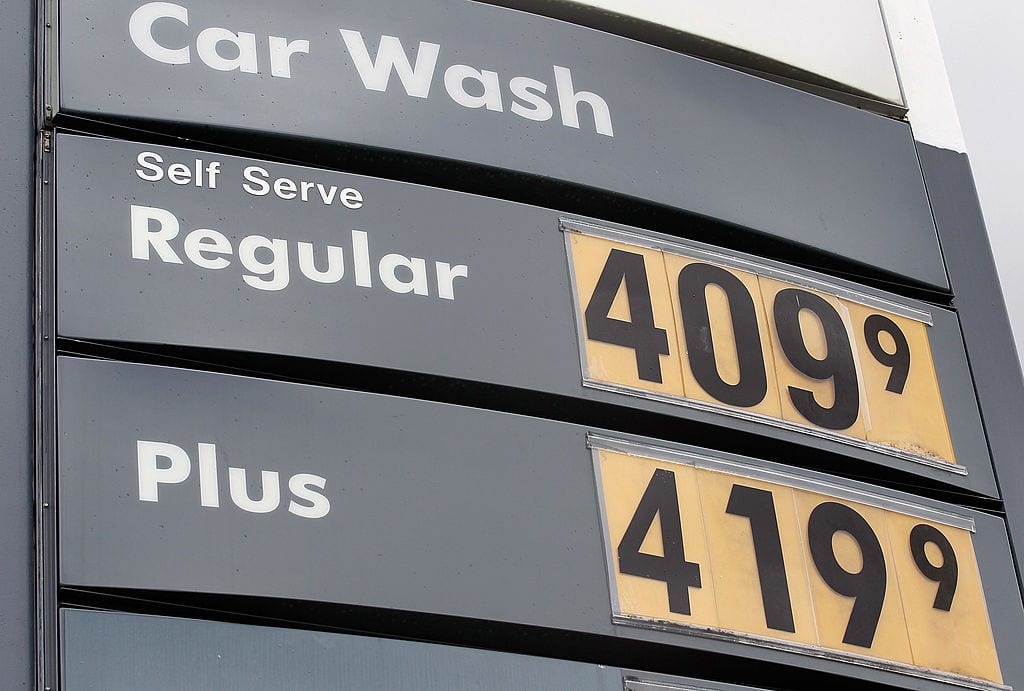 Looked at from a certain angle, there's a delicious irony to the worldwide energy crisis going on while the world's leaders gather in Scotland to celebrate the ongoing energy transition which is, you know, the cause of the crisis. Europe's transition to so-called renewable energy hit the world's most predictable snag when the North Sea's wind stopped blowing and the wind turbines stopped turning, leading to an explosion in energy prices. The situation in Europe (plus the intransigence of OPEC) is having knock-on effects in the American market as well, but those have been exacerbated by the fecklessness of the Biden administration, whose policies -- from the Keystone XL cancelation to the oil and gas leasing ban -- have helped transform the U.S., in record time, from a net energy exporter to a nation facing shortages and sky-rocketing rates.

Ironic and amusing, but also scary. Our leaders have made no attempt at course correction, even as it becomes increasingly clear that they're building our foundation on sand. To stick with the domestic situation for a moment, even reliably leftist organs have begun to say that last week's loss in the Virginia gubernatorial race and near-loss in the race in New Jersey signal widespread voter discontent with their radicalism. Biden ran as the Return-to-Normalcy candidate, and a majority of Americans were happy to vote for that. But when he got to the White House he began to govern like the love child of White Fragility author Robin DiAngelo and enviro-truant Greta Thunberg, embracing policies he didn't run on and Americans don't want.

Even so, Sleepy Joe doesn't look like he's backing down. Take the drama surrounding Enbridge Line 5, for example. Regular Pipeline readers know all about Line 5 -- it's a pipeline which carries 540,000 barrels of Canadian petroleum products per day from Alberta to Ontario by way of Michigan, where governor Gretchen Whitmer and her environmentalist cronies are trying to shut it down. That would be a catastrophe for Ontario and Quebec, immediately costing the provinces tens of thousands of jobs and cutting off a major oil and gas artery to some of the coldest parts of populated Canada. The U.S. wouldn't fair so well either -- half of the propane used in Michigan is transported through Line 5, and much of the oil and gas that ends up in Ohio and Pennsylvania as well.

Naturally, the anti-energy Biden Administration is openly flirting with the idea of giving Whitmer what she wants:

They're "gathering data to determine" if this will cause a surge in fuel prices? An Intro to Economics textbook should contain all the data they need. And, failing that, the evidence of the past ten months or so.

Asked about the consumer costs associated with shutting down Line 5, and their anti-resource policies generally, Biden's Canadian-born energy secretary Jennifer Granholm laughed and  proclaimed that energy prices are going to spike no matter what they do. "Yeah, this is going to happen. It will be more expensive this year than last year," Granholm told CNN. It's as if they haven't considered how bad this can actually get.

It's all one big joke to them: