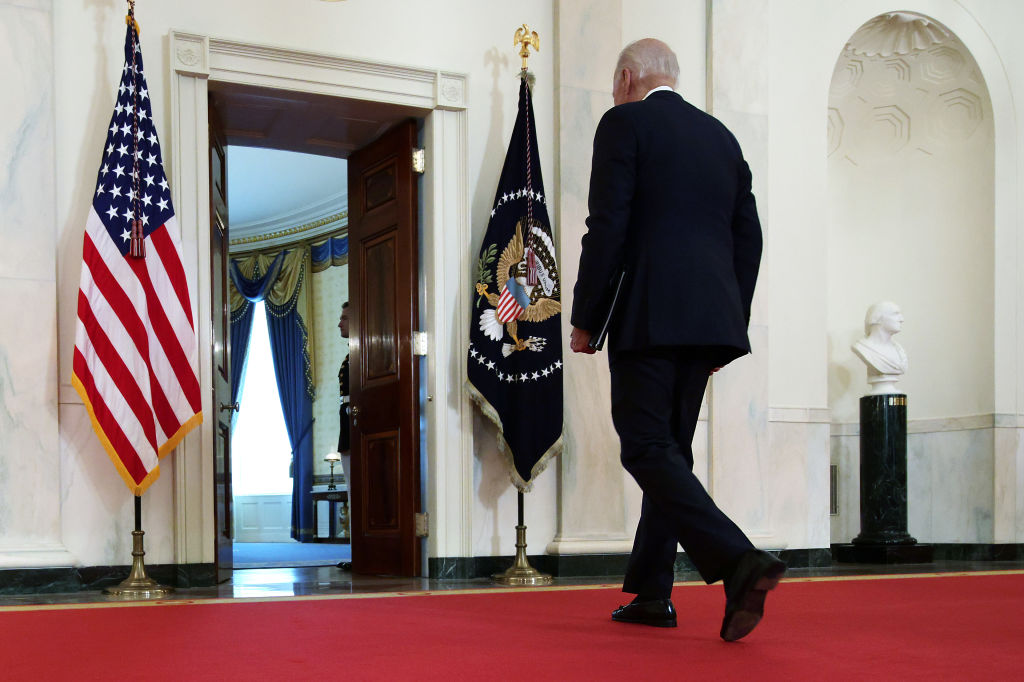 Gas prices continue to average around $5.00 per gallon nationally, which is a major factor in our ongoing issues with inflation. Democrats, with the upcoming midterm elections in mind, are freaked out. And all the more because President Biden's approval rating, according to two new polls, is down to 32 percent. Glenn "Instapundit" Reynolds predicts that that number will continue to drop, commenting "He has only begun to fail."

How, you ask, could a Democratic president, in our hyper partisan age, with the media always in his corner, fall much further than 32 percent? By refusing to address this problem in any meaningful sense. That's exactly what we're seeing -- the president's response to rising oil prices thus far has been to blame "greedy" oil executives (we're meant to believe that they were overwhelmed by greed only after Biden took office, and not during the plutocratic Trump administration) and Vladimir Putin's aggression in Ukraine (never mind that prices had been rising steadily for months before Russian hostilities began), while maintaining the same anti-oil and gas policies he's held to since the day he entered the White House.

No one is buying it, of course, so Team Biden has moved onto gimmicks which they hope will distract the voters. Earlier this week, the president called for a temporary suspension of federal gasoline and diesel taxes. Such a move would shave somewhere in the neighborhood of 15 or 20 cents per gallon off of your local fill-up price.

Now, we'd all like to pay less for gas, but this isn't going to work. We've even seen the same play fail not long ago. As Saagar Enjeti recently explained,

On June 1st, New York suspended its motor fuel tax of eight cents a gallon, as well as its four cent sales tax on up to two dollars a gallon. The average price of gas that day was $4.93 cents. Two weeks after what is, in effect, a .16 cents per gallon tax holiday went into effect in the State of New York, the price of gas was $5.04 per gallon!

Fundamentally, the problem we're facing now is one of supply, and that is being choked off both by our limited refinery capacity (which is itself a product of environmentalist policies that make it nearly impossible to build new refineries) and Biden's anti-resource-sector positioning. By goosing demand -- people will drive somewhat more if gas prices are somewhat lower -- Biden's proposal arguably exacerbates the problem. 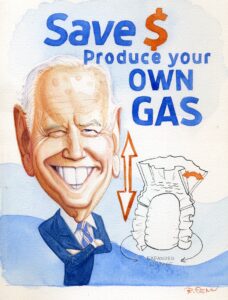 And no federal taxes!

As things stand, the opposite is happening. The Wall Street Journal reports that the demand for gas this spring and summer is down between 5 and 8 percent from the pre-pandemic average, a significant drop. "Drivers have begun consolidating trips or filling up their tanks with only as much fuel as they need to get by for a few days. Some are carpooling or taking mass transit, while others are working from the office for fewer days each week, analysts said."

This might not be such a bad thing -- the WSJ quotes OPIS head Tom Kloza as saying, “You have to have some demand destruction to give supply a chance to catch up.” It is, essentially, a case of the market adjusting to demand outstripping supply. But the less driving there is, the fewer goods and, especially, services are consumed. An economic slow-down will be the consequence of this, and very likely, a recession.

Pray that our house of cards doesn't tumble from the shock, and that our leaders -- Biden included -- correct course before things go too far. But don't count on it.