THE COLUMN: 'End of Quote. Repeat the Line' 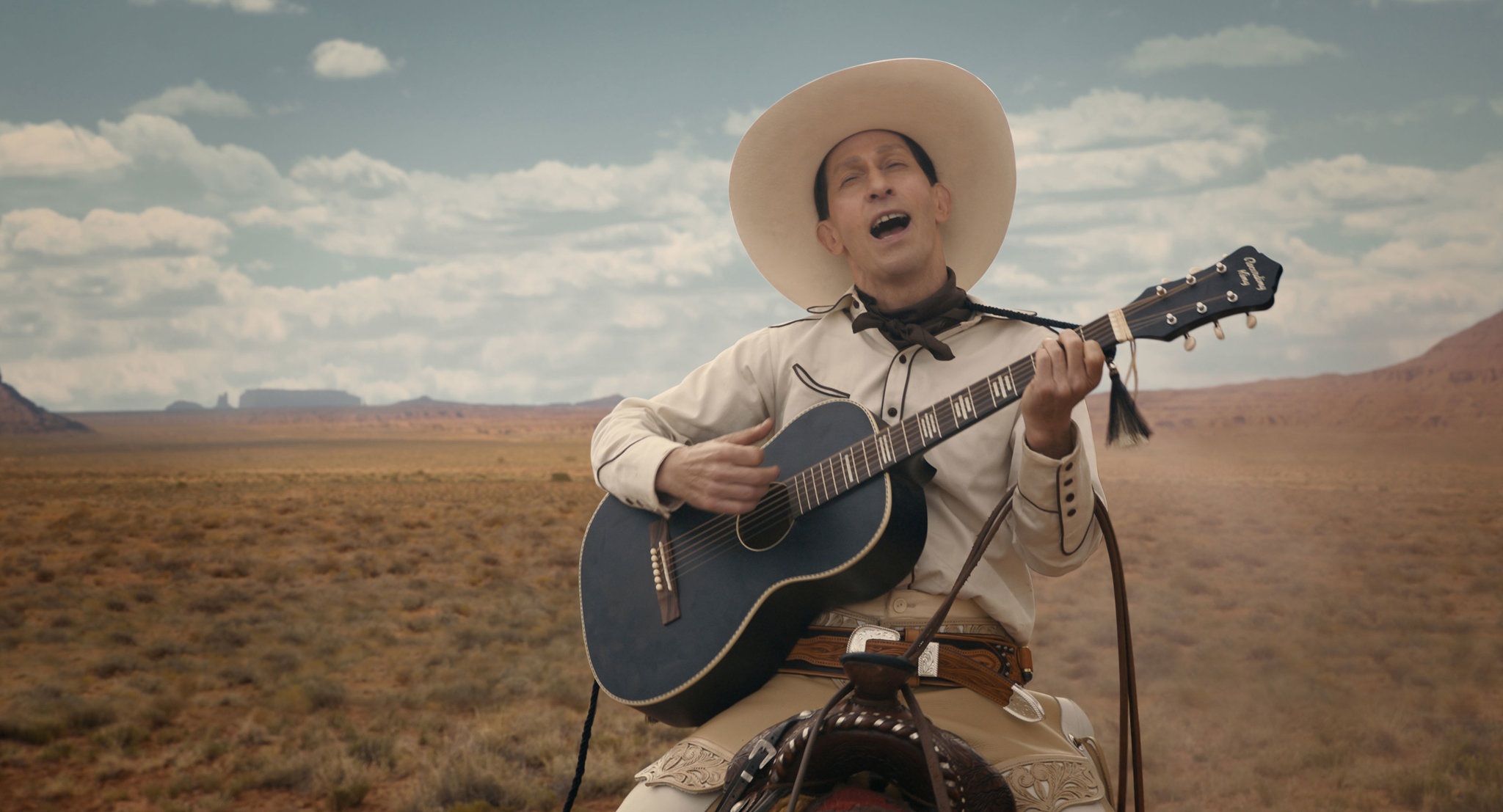 In 2016, the only Democrat candidate Donald Trump could possibly have defeated was Hillary Clinton. And the only  Republican candidate she could have lost to was Donald Trump. In 2020, Joe Biden was able to defeat Trump because Trump was so busily engaged in the process of skunking himself that he barely took notice of Biden's candidacy. So much for the old saying that you can't beat something with nothing: the cipher Biden, a professional nonentity for exactly half a century, was a ballot placeholder who didn't bother to campaign because that would have taken the focus off Trump, which is exactly where the Democrats wanted and needed it to be. Any other candidate would have been a distraction.

The also-rans—Warren, Marge Gunderson (excuse me! Amy Klobochar!), Li'l Pete—were relatively fresh faces on the national scene. Biden's only serious rival, Bernie Sanders, was too radical for the party bosses to seriously contemplate, even though their hearts were with him. But Joe from Scranton was that old well-sprung sofa that's occupied the same place in your grandparents' living room for decades because no one could be bothered to throw it out or replace it. On such a delicate fulcrum of paralysis oftentimes teeters the fate of nations.

Now, however, the focus is on Biden. The empty suit and the empty head that currently masquerade as the president of the United States is now subject to the one thing he never was during his undistinguished, comically malevolent, supererogatory, opportunistic career in the Senate: scrutiny. As Buster Scruggs says in the Coen brothers' The Ballad of Buster Scruggs (2018) after observing the freshly drilled bullet hole in his white hat, courtesy of a faster shootist, "Well, that ain't good."

Scrutiny is the one thing Biden can't handle, in part because he's never been held responsible for anything in his life. He's dined out for 50 years on the false story that a drunk driver killed his wife and baby daughter just after his first election to the Senate in tiny, corrupt Delaware—when in fact the driver of the tractor-trailer was not drunk and was never charged, and Neilia Biden's car had prematurely entered his right of way at an intersection. He wallows in the death of his son, Beau, and waves the bloody shirt every chance he gets, and consistently defends his dirtbag son, Hunter, as "the smartest guy I know" (which, frighteningly, just might be true.) Don't even ask about his daughter, Ashley, or the rest of the family.

Further, he classlessly harangued Robert Bork and Clarence Thomas in senate hearings, smearing them with the grossest falsehoods, something for which he could not be sued or held legally liable thanks to the "speech and debate" clause in the Constitution.

They shall in all Cases, except Treason, Felony and Breach of the Peace, be privileged from Arrest during their Attendance at the Session of their respective Houses, and in going to and returning from the same; and for any Speech or Debate in either House, they shall not be questioned in any other Place.

Even though he's now president—and he is; the Democrats stole the 2020 election fair and square—Biden still acts like he's a senator. Indeed, in some of his campaign speeches, the senile figurehead even rote-repeated that he was running for the United States Senate:

But rote is all you have left when your brain has turned to mush. After a lifetime of bullying, bragging, lying, threatening, embellishing, finger-pointing, chest-bumping, insulting, brazenly lying, and outright plagiarizing, Sundown Joe has been reduced to his essence, which is nothing. Like a ham actor in his dotage, bottoming out doing dinner theater in Paducah, he relies on the accumulated tics and strategems of a lifetime of performing a script others have written for him.

During a recent speech calumniating the Supreme Court's rational and measured rejection of Roe v. Wade—a legal enormity exactly contemporaneous with Biden's own political career, which is probably one of the reasons he's so attached to it—Joe just barreled through his staff-provided boilerplate, unconscious of what he was saying, and causing some to suspect he even included a stage direction:

Biden's defenders immediately pointed out, correctly, that "end of quote" was in fact part of the speech, and that what sounds like him saying "repeat the line" may well have been "let me repeat the line," rendered unintelligible by Scranton Joe's habitually mush-mouthed eastern Pennsylvania accent, in which the speaker swallows half the words before spitting out the rest. (The claim that Biden once had a "stutter" or a "speech impediment," as his partisans claim, is absurd to anyone who's been trapped on the same planet with him for a lifetime, as I have. First I ever heard of it was just a couple of years ago, as the media began making excuses for his clearly accelerating dementia.) The point is: when the guy is this far gone, how can you tell? After all, Biden is the master of what Ed Driscoll at Instapundit has dubbed "TRUNALIMUNUMAPRZURE." Listen for yourself:

Still, "repeat the line" makes an apt epitaph for the coming end of the Biden administration, since repeating the [party] line is all Joe Biden has ever done. For nearly his entire career, this human weathervane has understood that words are only a means to end—his re-election—and he treats them accordingly. As a senator he could say anything that wandered, or was implanted, into his empty head. As Obama's vice president, all he had to do was occasionally show up and take an airplane ride to somewhere. Like Fredo Corleone, he's stupid and he knows it, but demands that others deem him smart. Hey, if he's so dumb how come he's president?

We know how. In the 2020 duel between two aging gunslingers, one of them couldn't shoot straight, and the other could only shoot himself in the foot. The first debate was a disaster for Trump; all Biden had to do was sit back, smirk, and catcall, something he can do even as a somnambulist. The second one was canceled due to Trump's Covid. And the third was a draw, since both mouths had their microphones muted when the other guy was talking. With all the election "fortifications" in place, instituted right under the Trump administration's noses, the result was in retrospect a foregone conclusion, the flip side of 2016: win in the Electoral College by narrow margins in six states, lose by narrow margins in the same six states.

Well, that ain't good. With Biden's chances of being re-nominated for 2024 next to nil, all eyes are on the Republicans, who are in the unenviable position of having to make the first move. Will they allow an enraged Trump to bluff and bully his way to the nomination, running on a platform of revenge for 2020—and run the risk of his turning out 80 millions votes against him (one way or the other), like he did last time? Or will they realize they have better candidates to hand, men quicker on the draw and surer of aim? The verdict of the voters later this year in the midterms should have a clarifying effect on all parties—except perhaps Trump, who's threatening to announce his intent to run again even before November.

The Right mocks the Jan. 6 hearings and points to their poor television ratings, lack of cross-examination, Liz Cheney's sourpuss, and wholly vengeful nature. They scoff at the Democrat's determination to indict the former president. But in fact the Democrats are doing conservatives a favor. Their smart play is to let the GOP nominate Trump in 2024, sideline potent contenders like Ron DeSantis for at least four years, and then crush Trump at the last possible moment with someone like Michelle Obama by harping on his past, his age ("one geriatric president is enough!" they'll say, with a mouthful of unmelted butter), and the fact that no one turns out the donkey vote like the Donald.

But their deracinated hatred for America has always been their weak spot. And if they bury Trump, someone like DeSantis will come riding into town and dispatch them the way the Kid does Buster in the Coen's movie. Just like Scruggs, they'll never know what hit them until it's too late. They shoulda seen it comin', but luckily for us they won't.

4 comments on “THE COLUMN: 'End of Quote. Repeat the Line'”