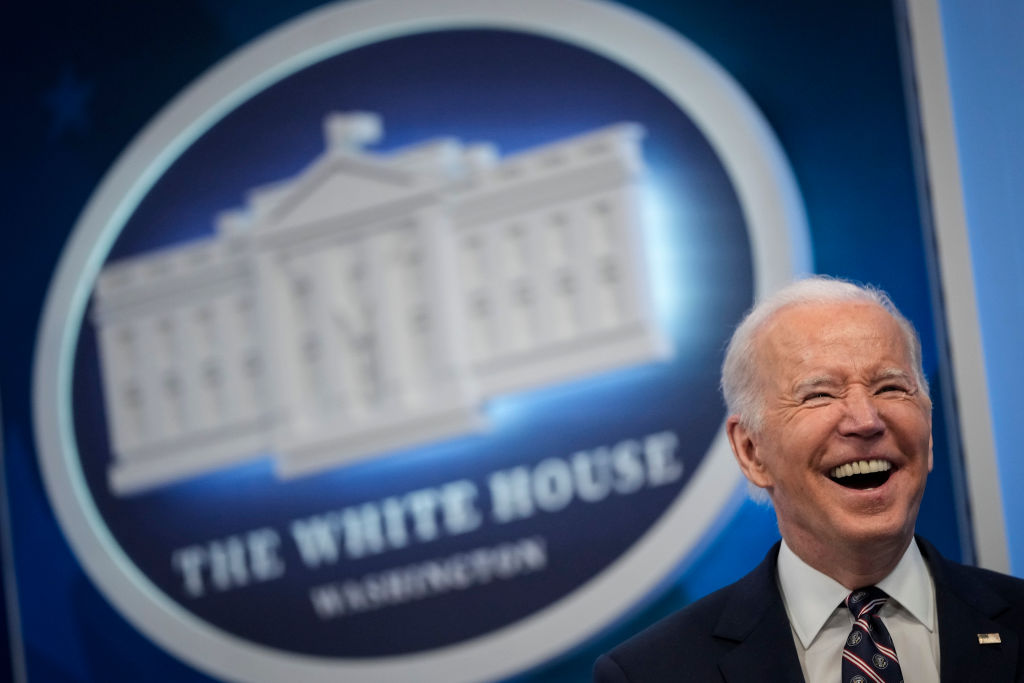 It was only a month ago that we reported on the Biden administration's decision to resume the sale of oil and gas leases in the hope of getting a grip on exploding energy prices. As we explained at the time:

The announcement came on Good Friday, with Biden safely hidden away at Camp David for his Easter vacation, and therefore unavailable to answer questions, so was delivered by Interior Secretary (and devoted environmentalist) Deb Haaland, who had to sugarcoat the news for her fellow Green New Dealers.

Well it looks like the Greenies tracked down the president in the end because on Wednesday the Biden administration backtracked. According to the Washington Post, Haaland's Department of the Interior has announced the cancellation of already-scheduled oil lease sales, covering territory in the Gulf of Mexico and off the coast of Alaska, "taking millions of acres off the auction block."

Even the normally leftist WaPo recognizes that this is a move which will have negative repercussions on the domestic and international fronts:

The decision, which comes as U.S. gas prices have reached record highs, effectively ends the possibility of the federal government holding a lease sale in coastal waters this year. The Biden administration is poised to let the nationwide offshore drilling program expire next month without a new plan in place.
While President Biden has spoken in recent weeks about the need to supply oil and gas to Europe so those nations can stop importing energy from Russia in light of the ongoing war in Ukraine, the move would mark a victory for climate activists intent on curbing U.S. fossil fuel leasing.

The Post further explains that "the current five-year offshore drilling program will lapse at the end of June," and that the White House is "legally obligated" to put together a plan to replace it. The Biden administration has neglected to do so, however, blaming a "lack of interest" on the part of oil and gas companies.

While it is true that oil and gas companies have been somewhat reluctant about increasing spending and production under an administration that has treated them unfavorably from Day One, this particular claim is patently false, as is demonstrated by the obvious frustration of the resource sector at Team Biden's negligence:

Environmentalists praised the move, but the oil and gas industry and Republicans voiced dismay. Offshore drillers have sought to raise the alarm for months about the leasing program’s June 30 expiration date, saying that a lapse in the program would cost thousands of jobs and billions in lost tax revenue.

One comment on “Biden Puts Eco-Activists Before American Motorists”