With the Climate, Some Things Are Uncertain, Some Not 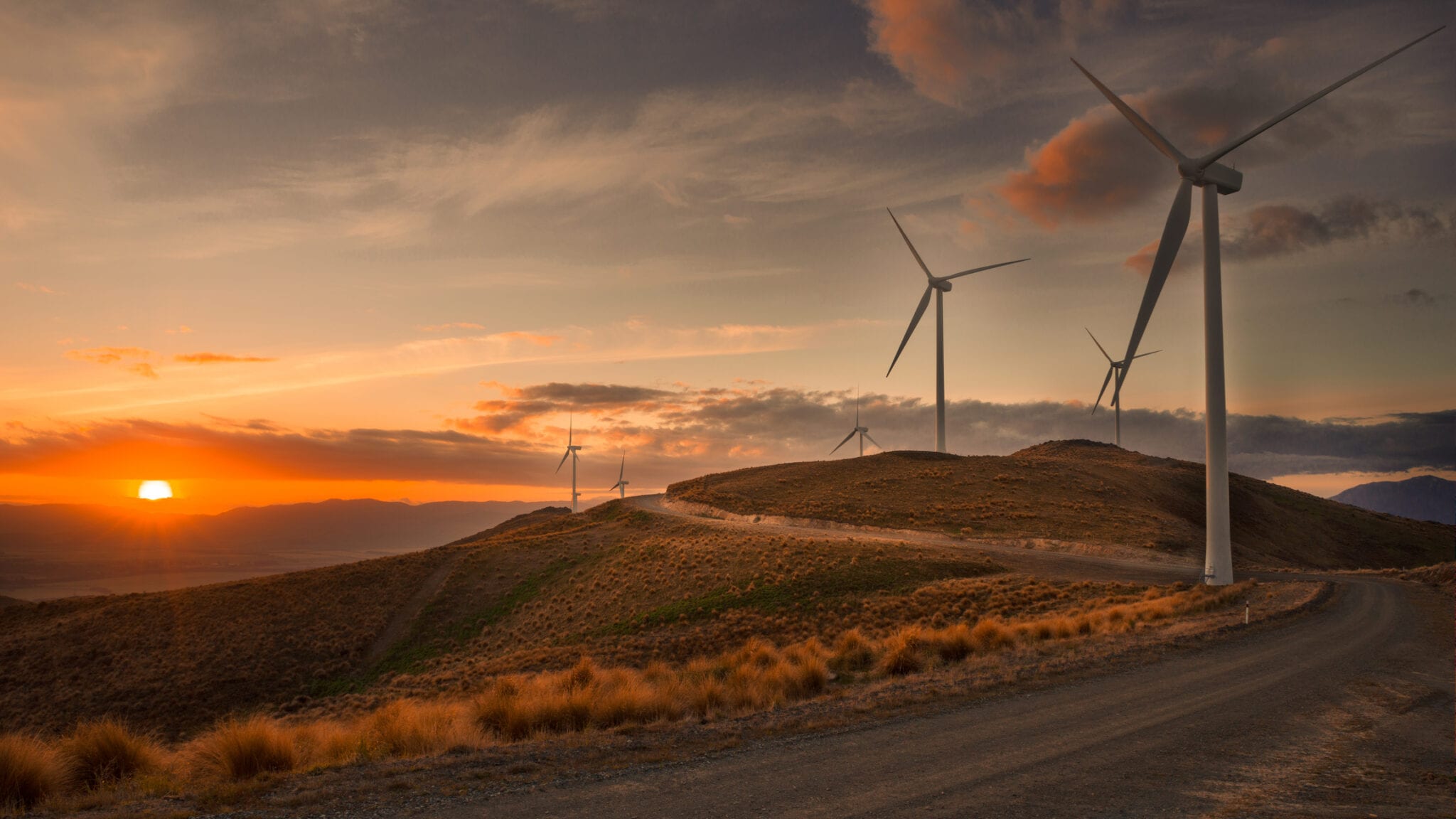 The sun goes down and the wind doesn't always blow.

I attend a local Anglican church in a middle-class suburb of Sydney. As is common these days, most congregants are of an age. Churches were allowed to open in New South Wales some weeks ago, albeit with social-distancing rules and sans singing. Hymn singing along with playing wind instruments is well known, apparently, among epidemiologists advising governments, to speed transmission of the dreaded virus. And no, before you ask, no evidence has been adduced.

Who needs evidence to back scary talk? Make it scary enough and people are too busy worrying to think for themselves. In any event, in the mind of the church, St Paul (Romans 13:1-5) dispels any thought of rebelling against civil authorities. Yes, but how about Dietrich Bonhoeffer or Nelson Mandela? Weren’t they right to rebel, you might query? Never mind, that’s a story for another day.

Currently only half the congregants have returned. Evidently, the other half remain too scared to return. This is not surprising. Most will have been brought up on public broadcasting and remain umbilically attached. Funded wholly by tax payers, the Australian Broadcasting Corporation, as media watcher Gerard Henderson (The Sydney Institute) often observes, is a conservative-free zone. Its staff-elected director aside, the government appoints the board, but the board has never, ever, shown itself to be anything other than the very model of a toothless tiger. A green/left staff collective runs the ABC. Alarmism is its forte, stirring grievances among supposed oppressed minorities its specialty.

For years climate alarmism has taken centre stage at the ABC. A hot day for the weatherman or woman is code for climate change. On the other hand, a cold day is just a cold day. Unusually, spring snow fell in parts of south-eastern Australia in late September. Nothing to see there. Incidentally, I’ve just clicked onto the ABC website. The first story I see is titled: “Human evolution and climate change.” Safer for one’s state of mind not to venture beyond the title.

According to the Australian Bureau of Meteorology, the highest temperature yet recorded in Australia was 50.7 C at Oodnadatta Airport on 2 January 1960. Incidentally, the third highest was in January 1939. The people at my church wouldn’t know that and would have no interest in finding out, I suspect. Thus, I often have to put up with prayers on Sunday to save the environment from mankind. And, in this tremulous Age of Covid, prayers for those afflicted by the virus, which they have been taught by the ABC to regard with the same trepidation as the imminent apocalyptic collapse of ecosystems.

What about children dying of cancer, I whisper under my breath. But death, has become focussed on ‘the invisible enemy’ or, as I saw in my morning paper in a letter from a group of learned physicians living in premier Daniel Andrews’ fiefdom of Victoria, ‘the silent enemy.’ The virus is both invisible and silent. Who knew? What an extremely clever virus is this?

What I particularly notice about those about me at church is a lack of questioning on the issues of the day. My doubts about climate change or the virulence of the virus or, for example, about the factoid we have in Australia (and in the schools) that part-Aboriginal children were ‘stolen’ from their families, are met with absolute incredulity. I believe they think I’m simply eccentric and to be treated kindly (they are Anglicans after all) but condescendingly.

But, let me issue a challenge. Who is self-reflectively questioning in these days of sharply divided opinions? I spent some time some years ago, when I still could stand mixing with those on the left, with a chap who was at the time vice president of Australian Skeptics. I challenged him as to why he wasn’t the least bit skeptical about the received view on climate change. He was gracious enough to issue a mea culpa but remained obdurate; totally without doubt when it came to his certainty that mankind (personkind in Canadian English) is overheating the world.

In case you think I am picking on the Left -- which I admit to often doing -- I meet with a group of conservative friends each Friday morning over coffee. They are equally certain that CO2 is not heating the atmosphere to any material extent. One short-circuits the argument by denying that the recorded increase in CO2 has much, if anything, to do with burning fossil fuels in the first place. I believe I heard Richard Lindzen, or maybe it was another well-known skeptical climate scientist, express a similar view on a YouTube video, so I assume it isn’t outlandish. You notice I say assume because, really, I have no idea.

This brings me to a point. How can we be certain that we are right, particularly on matters outside of our expertise? Obviously, I am not referring to religion where faith is the defining arbiter. Take climate change.

Do I personally know, absolutely, and without possibility of error, that man-made CO2 is not destroying the planet? After all, David Attenborough and Prince Charles think it is; not to mention Greta Thunberg and Alexandria Ocasio-Cortez; and lots of other people, some of whom might actually have expertise in climate science. I believe I can say with certainty that the alarmist position is unproven. Thereafter, my opinion tends to be on the balance of probabilities rather than beyond doubt.

However, all is not lost in equivocation. Sometimes it's cloudy and the sun always goes down in the evening. The wind doesn’t always blow. Renewable power based on these two sources is therefore intermittent and unreliable. Of this, there is no doubt. Batteries cannot fill the gap. Of that there is also no doubt. If there were, I am sure Michael Moore (Planet of the Humans) would have said so. What this means is that wind and sun power need back-up; mostly, in practise, from coal, gas, or nuclear.

And, the more the wind and sun feed power to the grid, the more back-up is needed. And that, to speak colloquially, is the bleeding obvious. It is one thing to have the wind become still when providing about 7 percent of power, as it did on average in Australia in 2019. Quite another, if in the future, in green dreamland, it is providing 37 percent and more.

It is no accident that South Australia, the state relying most on wind and Tesla batteries, suffered blackouts in 2018. Blackouts have been avoided since by sourcing power, as needed, from Victoria which still has coal power. South Australia has none. The option of sourcing interstate power will progressively diminish as coal-fired power stations (providing 56 percent of the electricity supply nationwide) are demolished. Nine have closed in the past ten years. Of the twenty-four remaining, only six are less than twenty years old. One of the oldest, Liddell in the Hunter region, coal country in NSW, is scheduled for closure in early 2023. This, in a land which is the second largest exporter of thermal coal. Someone, somewhere, must be burning it? 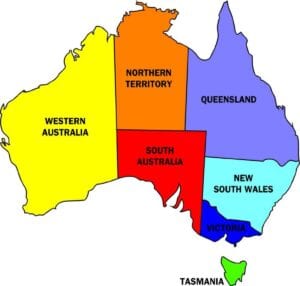 It says a lot about the mess we’re in that prime minister Scott Morrison (15 September) threatens to build a government-owned gas-fired power station, unless one or other of the electricity-generation companies replace Liddell with enough dispatchable power to keep the lights on. Gas in coal country you say? Well, that’s as good as it gets. And, of course, instructively, gas better backs up intermittent wind than does coal. Wind calls the tune.

My friend Rafe Champion, among other pursuits, is an avid wind watcher; while cautioning that “wind watching can be time-consuming and habit-forming.” He takes on the onerous task of informing any half-receptive politician he can find, that it isn’t the average amount of wind power delivered to the grid over any period of time that counts, but the minimum amount. Obvious, when you think about it, as the demand for power must be met continuously. Not so obvious to the political class.

It would be nice if those diametrically opposed on global warming could at least agree, if there is a problem, that wind and sun won’t solve it. Then we could put aside differences and work on effective (least-regret) solutions, which would likely include HELE-coal power, gas and nuclear. Alas, differences can’t be put aside. I need to go back to religion.

Faith, as I said, is the final arbiter when it comes to religion. In the final analysis, it is not subject to non-transcendental arguments. It is evident that renewable energy has become totemic of the new ersatz religion of climate change -- aka saving the planet from human pollution. Its dogma lives loudly within climate alarmists, the Extinction Rebellion crowd and the like; and, of course, within the ABC. Questioning the dogma is heretical. My fellow parishioners who listen to and/or watch the ABC need to understand that while high priests are indeed at its helm, their line can’t be traced to the Apostles.