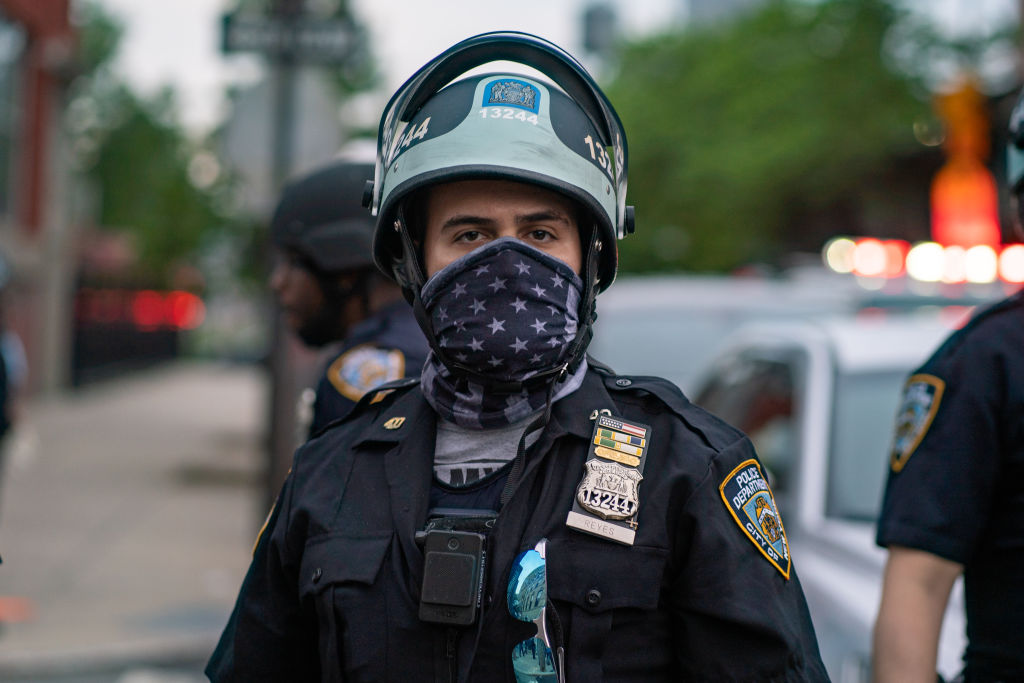 Whose side are the cops on, anyway?

We are witnessing a radical change in the ethos of law enforcement. It is not a good one. I joined the Los Angeles Police Department in the early 1980s, which of course makes me a dinosaur to my younger peers. So be it. I would sooner face extinction than silently accept the degradation of an honorable profession.

There was a time when police work was at least somewhat insulated from the whims of fashionable opinion. When called to the scene of an alleged violation of the law, a cop had to answer a few simple questions before taking action: 1) Has the law in fact been broken? 2) If so, can I identify and locate the lawbreaker? 3) Is the public best served by an immediate arrest? If the answer to all three questions was yes, the lawbreaker would be taken in to stand before the bar of justice. If he resisted that effort, it was understood that reasonable force could and should be used to achieve the end.

Today, the decision process is much more complicated. If a cop answers the three questions in the affirmative, he must then ask himself others: 1) What is the ethnicity, political affiliation, or special victim status of the person who has broken the law? 2) What exemptions to the law, official or unofficial, have been granted to persons of this ethnicity, political affiliation, or special victim status? 3) What is the likelihood the lawbreaker will resist arrest? 4) What will be the consequences for me should the lawbreaker resist and I use force against him? 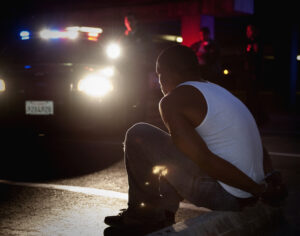 But is the suspect "special"?

To no one’s surprise, these added considerations have inhibited the police and emboldened criminals, with the expected result of an increase in crime across the country. But this doesn’t mean the police today are spending their time idly. The Covid pandemic has offered some of them opportunities to take risk-free action against people uncloaked with any special "protected" status and the immunities attached thereto, namely, those who resist or even dare to question the state-approved measures concocted to deal with the virus.

Witness the extent to which the authorities in Australia and New Zealand went in their naïve attempt to isolate themselves from Covid. They barred all foreign visitors, repeatedly locked down their largest cities for extended periods, and forcibly quarantined people even suspected of having Covid. Reflecting Australia’s origins as a British penal colony, both it and New Zealand have at times resembled vast prisons. New Zealand commandeered dozens of hotels for use as “Managed Isolation and Quarantine” facilities, while Australia built a network of quarantine camps and gave them a name even George Orwell might have envied for its veiled, bureaucratic menace: the “Centres for National Resilience.” Pressed into service to enforce these rules were the police, and woe to those who resisted.

Closer to home, we haven’t seen people forcibly confined to Covid camps, at least not yet, but we have seen countless examples of the police acting absurdly while enforcing anti-Covid measures. In the early days of the pandemic I wrote about some of the more egregious examples from Southern California alone: San Diego County sheriff’s deputies ticketing people for watching a sunset from their cars, police in Manhattan Beach ticketing a surfer on an otherwise deserted beach, and in perhaps the most farcical display of all, Los Angeles County lifeguards and sheriff’s deputies using two boats to chase down and arrest a lone paddle boarder near the Malibu pier.

We are told the Covid pandemic is now subsiding. Welcome news, certainly, but what is not subsiding, and what may prove to be more pernicious in the long run than the virus itself, is the arrogation of power to government functionaries—both elected and unelected—who see themselves as qualified to direct our daily lives (for our own good, of course).

What can we make of Canadian prime minister Justin Trudeau’s invocation this week of the Emergencies Act in his effort to crush that country’s truckers’ protest? Canadian regulations have demanded Covid vaccines for those entering the country, including truckers, some significant number of whom have objected and noisily brought their grievances to the seat of government in Ottawa. Their protest would seem to be protected speech under the Canadian Charter of Rights and Freedoms, but Trudeau would have it otherwise. The protesters’ views, he says, are “unacceptable.”

One can see the danger here. When a head of state pronounces a given opinion as anathema, there may be an expectation, either implicit or explicit, that his subordinates in the apparatus of that state exert themselves to extinguish any outward displays of the heretical opinion. For police officers, vested with the authority to deny freedom to their fellow citizens, and indeed under certain circumstances to take their very lives, the need for a finely calibrated moral compass cannot be overstated. 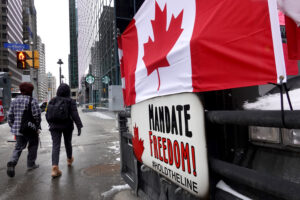 Or go to jail, as the case may be.

One need not be an actual participant in the protest to bring down the heel of the government boot. On Feb. 8, police in Ottawa detained and manhandled a diminutive, pajama-clad great grandfather for the crime of beeping his horn in support of the truckers’ protest.

In any Western democracy where freedom of speech is guaranteed, a challenge for the police confronting protesters is deciding when—or if—to act when legitimate protest crosses the line into illegality. A police officer may witness a technical violation of the law, but before taking enforcement action he must ask himself, “Then what?”

In a sane world, the “what” that would follow a disgrace like the public abuse of a harmless pensioner would be discipline for the offending police officers and an apology to the victim accompanied by a settlement check. As this is not a sane world, Trudeau’s invocation of the Emergencies Act is a warning to the protesting truckers and their sympathizers: You’re next, and you can’t stop us.

It has been reported that the late actor Ron Silver, while attending Bill Clinton’s first inauguration, was at first displeased at the sight of military jets flying in salute over Washington, D.C. Still a liberal at the time (9/11 would change that), he found the display offensive. Reflecting on the fact that Bill Clinton was now in charge, Silver is said to have remarked, “Those are our planes now.”

So it is with the police. For many years leftists have made no secret of their loathing for the police, but now they relish the chance to sic the cops on those whose views are “unacceptable.” If Trudeau gets away with crushing dissent through his fabricated “emergency,” how long before his tactics are emulated on this side of the border? Covid cases may be decreasing and restrictions loosening across much of America, but there are those among us who will not willingly relinquish the power Covid has allowed them to seize. The next pandemic, the next emergency, the next “crisis” that calls for immediate if not necessarily legally grounded action is as near as Justin Trudeau or someone of his ilk can conjure it. When that happens, where will the police stand?