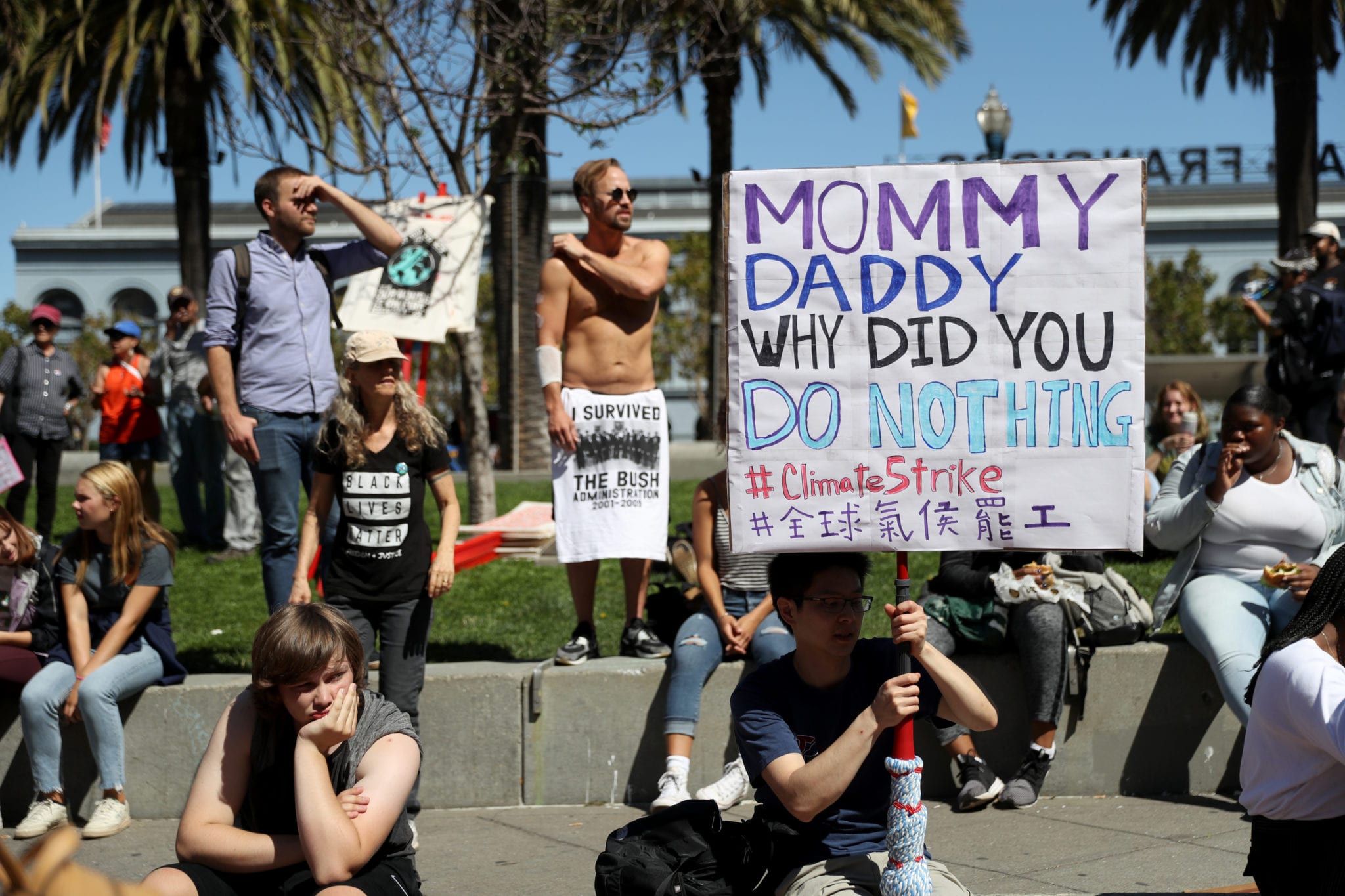 We know that the media-enforced hoax of "climate change" is driving our children crazy. Impressionable young noodles have been stuffed with the notion that unless we make nice with Mother Gaia, even Greta Thunberg herself will vanish from the face of the earth within just a few years.  Whether we burst into flames as the planet heats to the temperature of a thousand suns or drown in the rising seas while being devoured by vengeful sharks we're doomed, doomed, doomed.

The physical impact of the climate crisis is impossible to ignore, but experts are becoming increasingly concerned about another, less obvious consequence of the escalating emergency – the strain it is putting on people’s mental wellbeing, especially the young.

Until two years ago Dr Patrick Kennedy-Williams, a clinical psychologist from Oxford, had spent his career treating common mental health difficulties including anxiety, depression and trauma. Then something new started to happen. Climate scientists and researchers working in Oxford began to approach him asking for help... “What I was most surprised by is how young the awareness and anxiety starts. My own daughter was just six when she came to me and said: ‘Daddy, are we winning the war against climate change?’

A Cambridge academic has proposed a radical new way to solve climate change – letting humanity become extinct. Patricia MacCormack, a professor of continental philosophy at Anglia Ruskin University, has just released her new book The Ahuman Manifesto. The book argues that due to the damage done to other living creatures on Earth, we should start gradually phasing out reproduction. But rather than offering a bleak look at the future of humanity, it has generated discussion due to its joyful and optimistic tone, as it sets out a positive view for the future of Earth - without mankind.

What could be more optimistic than suicide?

“I arrived at this idea from a couple of directions. I was introduced to philosophy due to my interest in feminism and queer theory, so reproductive rights have long been an interest to me – this led me to learn more about animal rights, which is when I became vegan... humanity has caused mass problems and one of them is creating this hierarchical world where white, male, heterosexual and able-bodied people are succeeding, and people of different races, genders, sexualities and those with disabilities are struggling to get that.

“The book also argues that we need to dismantle religion, and other overriding powers like the church of capitalism or the cult of self, as it makes people act upon enforced rules rather than respond thoughtfully to the situations in front of them.”

So the next time you're tempted to swallow the myth of "man-made climate change" that's going to kill us all, remember that the queer-theory atheist feminist vegans want you dead anyway, so why bother to indulge their lunacy? Them first -- the rest of us are happy to take our chances, just as mankind has been doing for thousands of years and will continue to do so for thousands more.

One comment on “Want to Stop Climate Change? Kill Yourself!”