When Your Enemy Threatens to Kill You, Believe Him 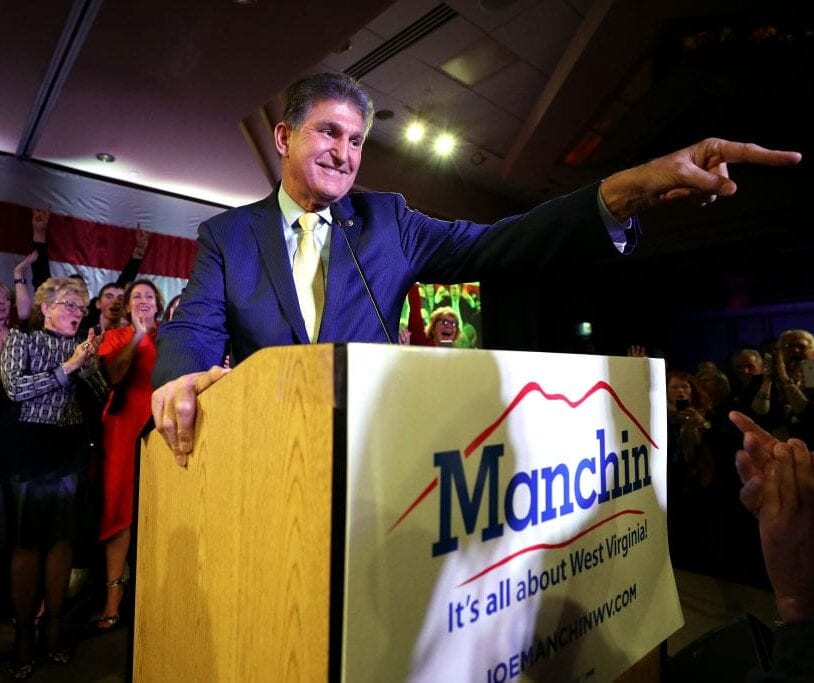 Senior sucker from the Mountain State.

What more do you need to hear from the Rutabaga-in-Chief?

Also, Chump of the Year:

Sen. Joe Manchin Saturday demanded President Biden apologize for saying coal plants "all across America" will be shut down, in a scathing statement just days before crucial midterm elections.

"President Biden’s comments are not only outrageous and divorced from reality, they ignore the severe economic pain the American people are feeling because of rising energy costs," Manchin, D-W.Va., said. "Comments like these are the reason the American people are losing trust in President Biden and instead believes he does not understand the need to have an all in energy policy that would keep our nation totally energy independent and secure."

Dear Rump Part of Virginia taken as a spoil of war from rebel slave state Virginia during the Civil War: think on your sins.

UPDATE: This statement from the White House circus janitors who have to clean up after Dementia Joe is priceless:

President Biden knows that the men and women of coal country built this nation:  they powered its steel mills and factories, kept its homes and schools and offices warm.  They made this the most productive and powerful nation on Earth.  He came to the White House to end years of big words but little action to help the coal-producing parts of our country.  Working closely with Senator Manchin, a tireless advocate for his state and the hard-working men and women who live there, President Biden has helped get this part of the country back to work:  the unemployment rate in West Virginia was 6.2% the last month before Joe Biden took office; now it is down to 4%.  The President’s plans are already bringing new energy and manufacturing jobs to the region, and in the years ahead, will continue to create new jobs with projects like hydrogen energy generation.  In fact, through the Working Group on Coal and Power Plant Communities, President Biden has already delivered more than $23 billion to energy communities across the country.

The President’s remarks yesterday have been twisted to suggest a meaning that was not intended; he regrets it if anyone hearing these remarks took offense.  The President was commenting on a fact of economics and technology:  as it has been from its earliest days as an energy superpower, America is once again in the midst of an energy transition.  Our goal as a nation is to combat climate change and increase our energy security by producing clean and efficient American energy.  Under President Biden, oil and natural gas production has increased, and we are on track to hit the highest production in our country’s history next year.  He is determined to make sure that this transition helps all Americans in all parts of the country, with more jobs and better opportunities; it’s a commitment he has advanced since Day One.  No one will be left behind.

White House to the American people: who are you going to believe, us or your lying ears?

4 comments on “When Your Enemy Threatens to Kill You, Believe Him”