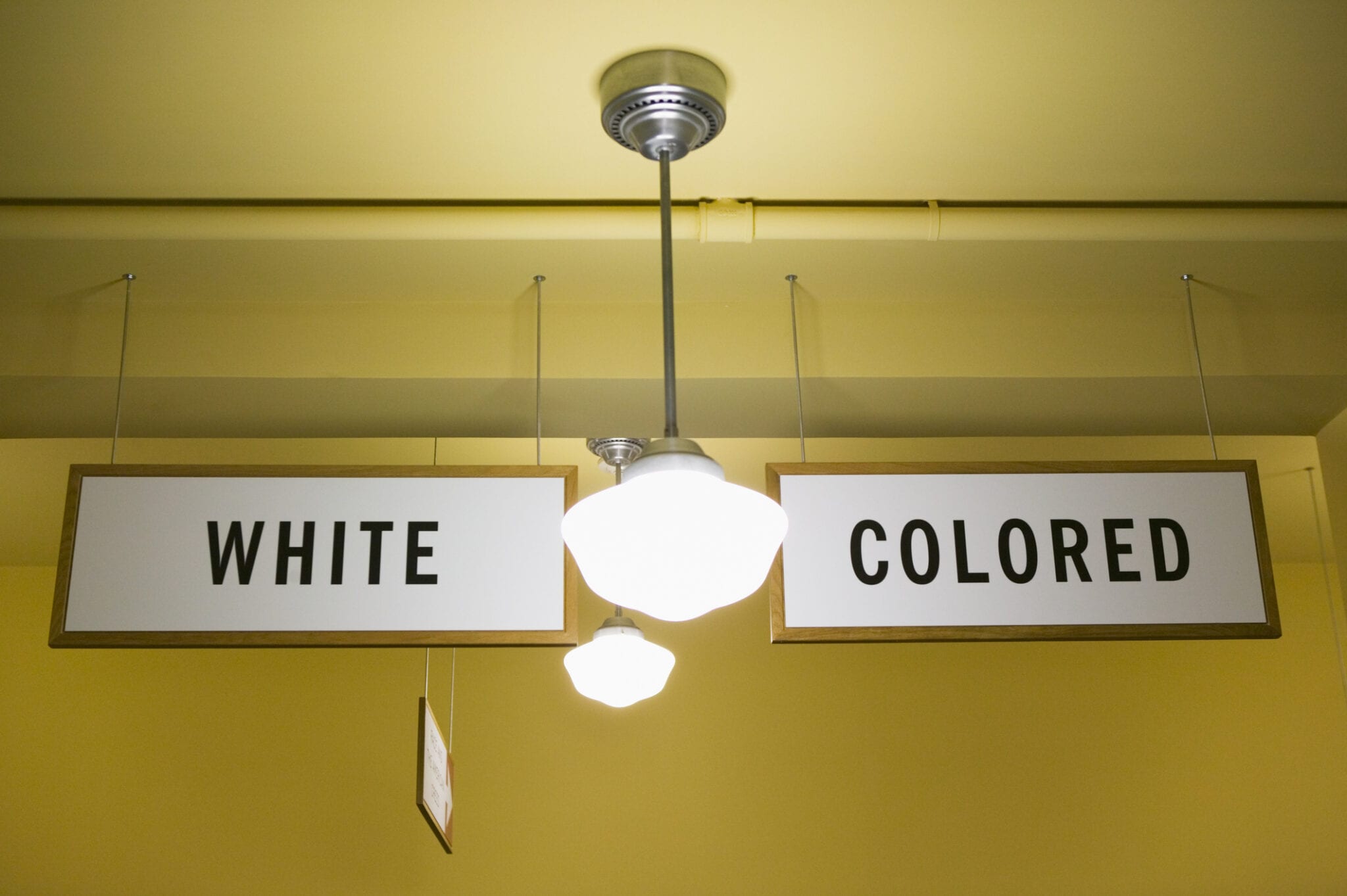 Back to the future?

Imagine a proposal for an overhaul of medical practice to treat patients not on the basis of their individual health needs, but on the basis of their race. Imagine further that the proposal is predicated on a deep sense of racial grievance, including the expressed conviction that the Trump administration actively refrained from helping people of color dying from Covid-19 (deliberately perpetrating “incremental genocide”) and that most white doctors have practiced de facto apartheid for decades.

Then imagine that this proposal is not a malign fantasy by race bigots (or not simply that), but an actual pilot project being implemented this spring at one of America’s top cardiology hospitals.

You heard that right. Boston’s Brigham and Women’s Hospital is hosting an “anti-racist” medical initiative, to be replicated at other hospitals, in which medical decisions will be made in an explicitly race-conscious manner. Care providers will be directed to admit black and "Latinx" heart-failure patients on a “preferential” basis to the specialty cardiology service, where the level of care is higher than in the general medical ward, as a way of “correcting” years of what the pilot project authors claim to be structural racism, in which black and Latino patients were “more likely than white patients to end up on our general medicine service.” 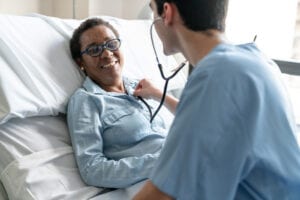 As explained in a verbally clotted and theory-heavy essay titled “An Antiracist Agenda for Medicine,” recently published in the Boston Review, the project aims at what its authors call “direct redress of many racial health care inequities” in order to achieve “racial equity.” It is based on the founding assumption of Critical Race Theory that a color-blind practice—in this case, treating all cardiac patients as individuals deserving of the best possible care—not only fails to dislodge alleged structural racism, but also fails to acknowledge and make restitution for past injustices.

The authors of the article are in favor of financial reparations to black Americans, but believe that such reparations don’t go far enough, needing to be “supplemented by localized antiracist institutional efforts” of the kind they propose.

The two “experienced physicians” who wrote this alarming essay, Bram Wispelwey and Michelle Morse, make it clear that they are not interested in merely ending what they believe to be past and present “health inequities,” but in “offering restitution” through “race-explicit protocol changes.” Put bluntly, they aim to make sure, by whatever means necessary, that black and Hispanic patients are favored over whites.

The sleights of hand and deliberate obfuscations typical of Critical Race Theory are evident throughout this justification of what, in a sane age, would immediately be recognized as promotion of racial hatred and medical malpractice.

The authors take as axiomatic that all health disparities are the result of racism. They open the essay by telling readers of their observation, early on in the pandemic, that “a disproportionate number of COVID-19 patients admitted to our Boston hospital were people of color,” a trend ultimately confirmed to be, they say, a “well-known and tragic fact of the pandemic.” 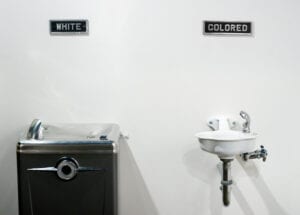 One might expect that as doctors, they would examine whether physiological, medical or other reasons might explain the observed fact, i.e., whether obesity, smoking, Vitamin D deficiency, lifestyle, or other factors, outside of racism itself, could account for the effect. But they do not. They conclude, without justification, that disparate Covic sickness and death amongst some people of color are one more instance of widespread “racial health inequities.” Their contention that racism is to blame for differential cardiac outcomes is similarly grievance-based and without clear evidence.

As is typical of critical race activists, Wispelwey and Morse assume that if moderate measures have thus far not achieved the end they seek, then more radical measures deserve extensive trial. They express chagrin that “the default options for addressing racial inequalities are often limited: implicit bias training, diversity and inclusion efforts, the adoption of supposedly objective checklist-style clinical criteria for decision making.” Such measures, which assume the good intentions of health practitioners and the desirability of protocols to be applied equally to all patients, strike them as glaringly insufficient.

They want not reform but a radical new way of delivering healthcare, a “proactively antiracist agenda” involving “restitution for past and present injustices.” Whether the “injustices” were experienced by the particular patients involved is irrelevant. Part of the new protocol will have nothing to do with medicine itself, involving health practitioners explaining to black and Hispanic cardiac patients how their groups have previously received insufficient care; it’s not clear whether white patients will be told that, having been “privileged” in the past, their group must now accept second-tier treatment. The authors do not explain how such knowledge will speed the healing or increase the comfort of heart failure sufferers.

Wispelwey and Morse emphasize that past injustices and/or “inequities” (which they consistently refuse to distinguish) sanction and even demand present inequality, though naturally the authors do not acknowledge the injustice of deliberately giving preference on the basis of race to some non-white patients. They admit that their own past allegations of racism have not been embraced by medical personnel at their hospital, telling readers that they “encountered significant resistance to calling this discrepancy an instance of institutional racism and to making race-explicit interventions,” but they put their colleagues’ hesitancy down to—you guessed it—“institutional racism” rather than their own biased and malign projections.

Perhaps most shockingly, these two physicians outright reject the aspiration to objectivity or “best practices” standards as itself a form of racism, stating that “the objectivity aspired to in clinical criteria is also inevitably tainted by the pervasiveness of structural racism.” In other words, they admit that they don’t believe in trying to treat people equally, and they unblushingly present conscious and overt racism as the solution to alleged racism. White people deserve to pay restitution to black people not only with their tax dollars, but even with their own healthcare. 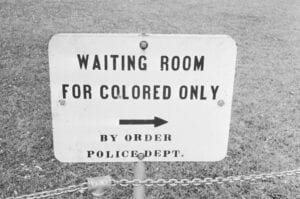 But this time it's a good thing.

In the conclusion to the article, the authors acknowledge that the declared racial bias in their new protocol may well be challenged on legal grounds, but they encourage other health practitioners, nonetheless, not to be deterred in taking up the good work of racially “corrective” medicine, confident that the Biden administration will support their new methods. “We encourage other institutions to proceed confidently on behalf of equity and racial justice, with backing provided by recent White House executive orders.”

Reading through the authors’ blithe justifications for caring less about some groups of patients in the name of racial “justice,” one’s first reaction may well be horrified disbelief. Surely they don’t fully mean what they are saying? Surely other healthcare providers to whom they present their rationale will not be swayed by it? But the proposal has received approval to be implemented at one hospital, and may be in the works for others. The authors cite a significant number of critical race activists in the health field who are in favor of similar initiatives.

One can only hope that their confidence in advocating for healthcare “restitution” is misplaced. But is it? Racial preferences have a 50-year history in the United States in hiring, promotion, and college admissions. While preferential targets and quotas have never been very popular, especially amongst the disfavored groups, they have encountered remarkably little material opposition. Although opponents have made cogent (and in my view unanswerable) ethical objections—asking why some people, due to an accident of birth, should have to accept discrimination in the name of "justice"—the practice of preferential treatment shows no sign of letting up. The nightmare of affirmative action healthcare may be just beginning.