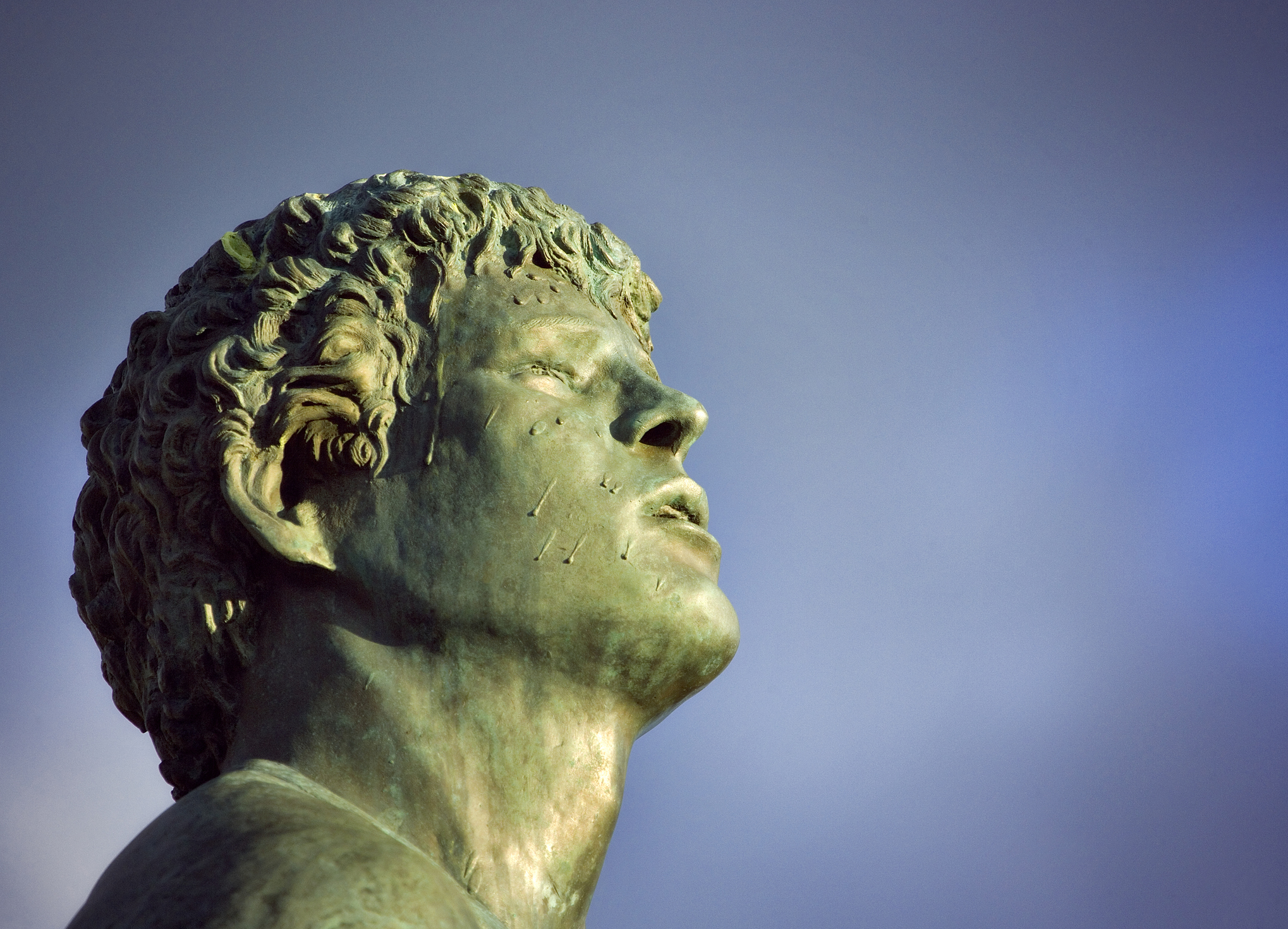 The ironies here are multiple.

With the eyes of the world now on Ottawa, where an enormous truckers’ convoy is demanding an end to vaccine mandates and the resignation of the country’s hapless prime minister, Canadian print media have seized on the alleged “defacement” of the Terry Fox statue in downtown Ottawa (here and here) with the breathless outrage normally reserved for acts of extraordinary cruelty or contempt.

The mayor of Port Coquitlam, Fox’s hometown, claimed to have been “mortified” by what happened, expressing his angry conviction that whatever message activists might have had in mind was now lost because “thousands if not millions of people in this country are going to see what they did to the Terry Fox statue and be absolutely disgusted.”

But what exactly was done to the statue, and why should it erase the message of the Freedom Convoy?

It’s true that Terry Fox (1958-1981) was for a time the closest thing this taciturn and divided country had to a national hero, an attractive young person who responded to adversity with grit and grace. Fox was an athlete and cancer survivor who, after having had a leg amputated in 1977 due to bone cancer, set out on an east-to-west run in 1980 (the Marathon of Hope) to raise money for cancer research. When his cancer returned 143 days into his punishing marathon-a-day run, he was forced to end the campaign, but an annual event held across Canada continues to celebrate his memory and to raise millions of dollars. Although his name is not nearly as well known today as it once was, he seems an unlikely target for angry protest. One might even draw a parallel between Terry and the truckers, both crossing the country with an altruistic aim.

In recent years, damaging statues has become a common tactic by social justice activists. During the Black Lives Matter-sponsored "Summer of Love" in 2020, statues in most major cities in the United States were graffitied, toppled, beheaded, smashed, or set on fire (a partial list is found here). Statues in Toronto and other Canadian cities were also targeted for desecration. And though such acts caused outrage amongst the public, some politicians cheered on the fury of the activists while media outlets minimized the chaos and destruction they caused.

In contrast to the swath of damage left by BLM agitators, the Terry Fox statue has not actually been harmed in any way, though one wouldn’t know it from the hand-wringing headlines. Pictures of the “defaced” statue show the figure of Fox with a cap on his head, an upside-down Canadian flag in hand (symbol of distress and danger), another flag draped like a cape from his neck, and the placard “Mandate Freedom” balanced between his chest and arm. Whether one finds the appropriation of Fox’s image to have been in good taste or not will likely depend on the intensity of one’s beliefs about vaccine mandates as an assault on individual liberty. In any case, it’s hard to see any ill will towards Terry Fox himself, or Canadian society in general, in the action. No effort at all will have been required to restore the statue to its pristine form.

The ironies here are multiple, and the near-baseless fuss provides a snapshot of the upside-down state of cultural politics in Canada, in which a demonstration for liberty by genuinely working-class people—exactly the constituents our leaders claim to care about—can find almost no support or even a fair hearing. Terry Fox too, truth be told, was largely ignored during much of the first part of his run, especially in inward-looking Quebec, where newsmakers couldn’t be bothered about an Anglophone activist.

Today, the legacy media has been working overtime to dig up dirt on the Freedom Convoy and to minimize the extent of its popular support. The dirt-digging has proved difficult given how well-organized and self-disciplined the truckers have shown themselves thus far. Hours of video footage have highlighted the surprising lack of rancor and good-natured diversity of this pan-Canadian uprising, with its plethora of Canadian flags, patriotic anthem-singing, and outbreaks of pickup hockey.

Pundits could only fall back on their standard response to any expression by the working classes not authorized by the Crown Prince of Woke (and generous funder of Canadian media compliance) prime minister Justin Trudeau. Using his facile arsenal of slander, Trudeau accused the protesting truckers of racism and abuse, tweeting that they were “steal[ing] food from the homeless, “fly[ing] racist flags,” “engag[ing] in vandalism” and “dishonour[ing] the memory of our veterans.” Given that the only hard evidence for any of these claims was the so-called “vandalism” of the Terry Fox monument, that has had to be seized on with melodramatic intensity.

Terry Fox was a beautiful young man who briefly inspired a nation notoriously reticent about heroism. But we haven’t heard much about him lately. As a heterosexual white man from a middle-class family, Fox is no longer the ideal representative of Trudea’s nation without a “core identity,” and under other circumstances, celebration of him as “iconic” would likely draw criticism from the arbiters of Canadian civic morality, who would urge us all to look elsewhere—to dark-skinned, Indigenous, and female personages—for our heroes. There are plenty of those at the Freedom Convoy, now unheralded by the media apparatus.

It is testimony to the old adage about politics making strange bedfellows that, with their “We’re all in this together” mantra coming under threat as never before, even those who might normally disparage Terry Fox’s white male privilege are prepared to portray him as a sanctified victim.

A Telescope for Social Justice: No White Men Need Apply