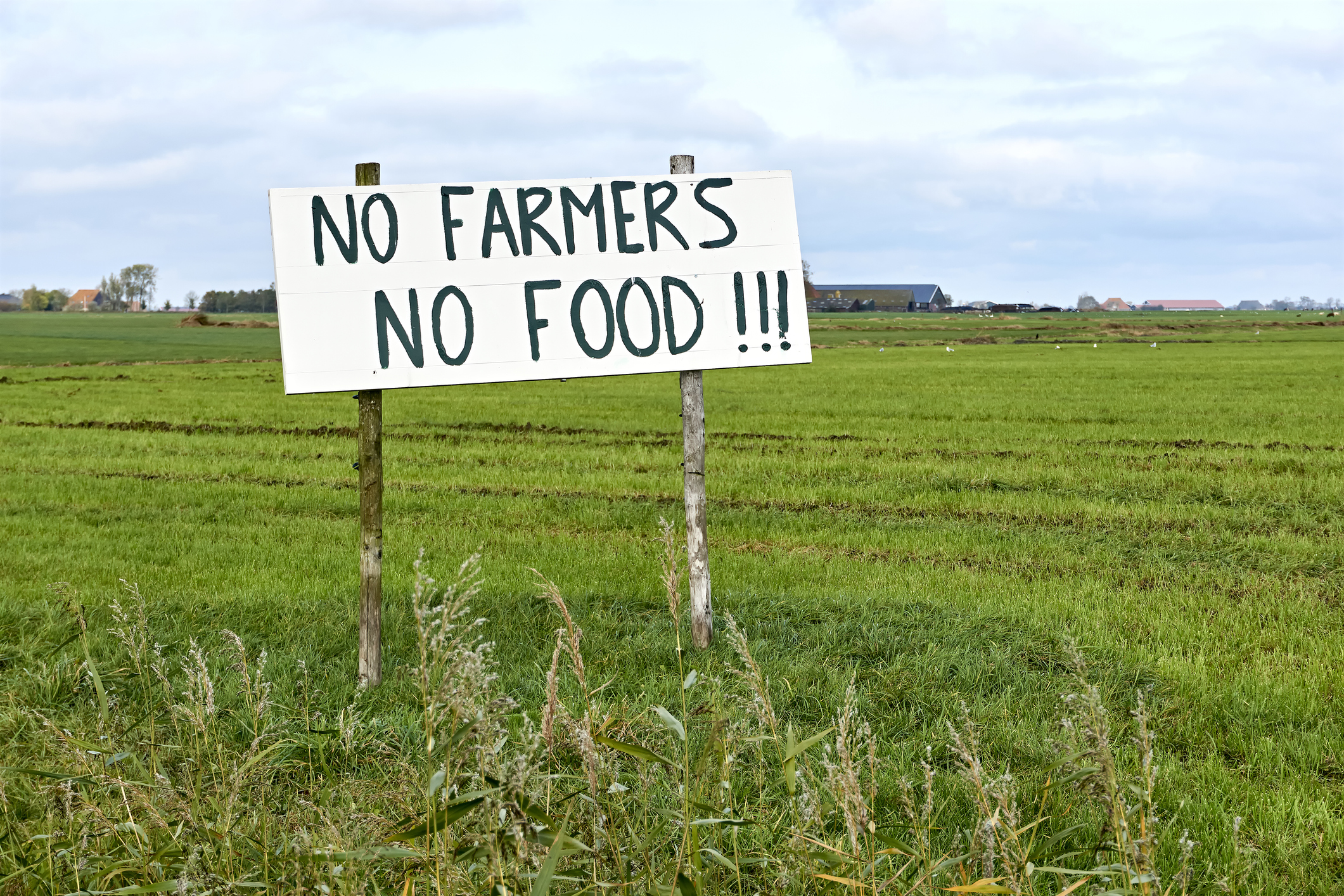 Greenies in Dutch in the Netherlands.

We've heard a lot about Net-Zero insanity in the U.K., Canada, and the United States, but enthusiasm for the concept is widespread among our global elite. For just the latest example, the government of the Netherlands, in order to do their part to "fight climate change" has recently enacted various pieces of environmentalist legislation. Among the most ambitious of these is a plan to slash the emission of gases like nitrogen oxide and ammonia by 50 percent by the year 2030.

Such drastic cuts necessitates radical action, and so to achieve their goal, the Dutch government is going to include increased regulations on farmers, including significant reductions in livestock -- whose flatulence is a popular target of environmentalist ire -- and for public money to be put towards buying up farmland to prevent its use in farming. Official plans have even been leaked laying out "scenarios" in which farmers could be forced to sell their land to the government.

This is shocking. The Netherlands is the world’s second-biggest agricultural exporter, after the United States, and farming is central to its economy. More than that, however, it is a major part of their national identity. The Dutch are proud of their farming prowess, and it lives on even when they've left home. The United States and Canada are home to scores of ethnically Dutch farmers whose families made their way west to escape the great wars of the 20th century, and much of modern South Africa was built by the Dutch farmers called Boers, who arrived there in the 17th century. Farming is in their blood.

Consequently, provoked by this attack on their way of life, the farmers are fighting back. Sometimes literally.

Dutch farmers very angry after politicians' decision to closes dozens of farms and cattle ranches to reduce nitrogen by 30%. pic.twitter.com/zHzMO1gNfu

More often, however, their response has taken a more organized form, including "slow rolling" highways, by pulling tractors out onto the open road such that traffic grounds to a halt.

The Dutch farmers are on the roll. pic.twitter.com/xByYEMg6Lp

🇳🇱 The Dutch farmers have blocked dozens of high roads & distribution centers. Lots of supermarkets are already out of milk/eggs. We’re the second largest agricultural exporter in the world, after America. Together we feed the world. Support our farmers. pic.twitter.com/Wq9cJyFOCA

And dumping their milk rather than sending it to market.

Dairy farmers are dumping their milk in protest of the government's WEF agenda. There are going to be massive shortages shortly. https://t.co/363xQ3IVwh pic.twitter.com/kFKuLGF7KB

Their object is to demonstrate how much the country relies on them, and what Dutch life would be like without the milk, eggs, meat, and produce that is the fruit of their labors.

Will these protests have an effect? Prime Minister Mark Rutte has vowed not to deal with the protesting farmers themselves, but he has begun negotiations with some of the nation's leading farmers' organizations in the hopes of working out a deal. It is likely that he's caught between a rock and a hard place, with the fanatically environmentalist European Union, on one side, pressuring his government to comply with the emissions targets they've set for his country, and his own countryman on the other.

Hopefully he chooses his own people rather than that unaccountable, post-democratic monstrosity. Doing so would make Rutte a greater leader than Canada's Justin Trudeau, who has incessantly courted the good opinion of the international elite instead of defending the interests of Canadians. Trudeau's negligence begat the Freedom Convoy this past winter, a movement which had more success than is popularly remembered, even if their fight isn't yet over.

Hopefully these Dutch farmers will be at least as successful.

One comment on “Are Dutch Farmers the New Canadian Truckers?”