About Time: O'Toole Gets the Boot 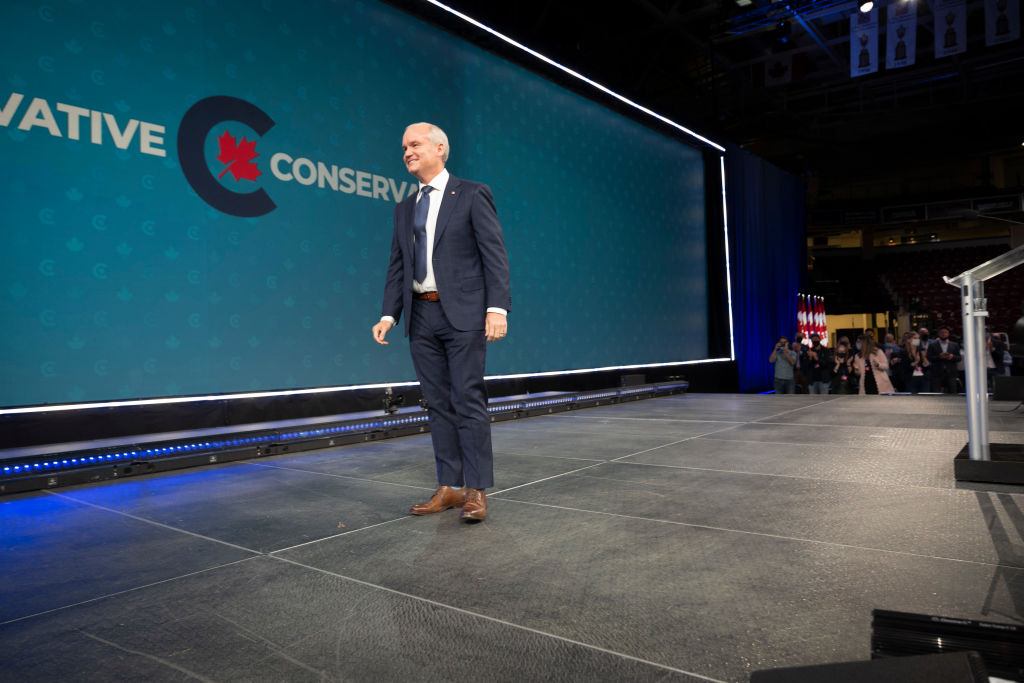 By a vote of 73 to 45, Erin O'Toole has been ousted as leader of the Conservative Party of Canada. He had served only seventeen months in the position. Rumors of an anti-O'Toole revolt have been going around for days, along with whispers that O'Toole was working frantically behind the scenes to convince (some would say "bully") members of his caucus to sign loyalty pledges in the hopes of warding off the impending challenge. But to no avail.

The definitive vote was forced by 35 MPs unhappy with O’Toole’s leadership after last year’s disappointing election results. But the root of the anger goes back much further. O’Toole won the leadership claiming to be a “True Blue” conservative — a contrast with Peter MacKay, who despite holding senior cabinet roles in Stephen Harper’s government, was labelled by the O’Toole campaign as a red Tory.

Yet once the leadership was secured, O’Toole took the party in a much different direction. After pledging to scrap the Liberals’ carbon levy, O’Toole promised a version of his own — which he steadfastly denied was a “tax,” despite it applying a surcharge on purchases like gas.

A look back on all of The Pipeline's coverage of O'Toole, from before he was elected leader until today will point you in the right direction. As we wrote in our final piece before last September's federal election (entitled "But is O'Toole Any Better?"), O'Toole had won the "race for Conservative leader running as 'True Blue O'Toole,' a patriotic military man who was going to take the fight to Justin Trudeau. But ever since, he's gone out of his way to remake the CPC in his own Red Tory image." He'd softened his party's position on abortion, guns, conscience protections for healthcare workers, and environmentalism, and generally adopted the characteristic views of the Laurentian Elite, views that were already well-represented in parliament, specifically in the Liberal Party, the NDP, and the Green Party. 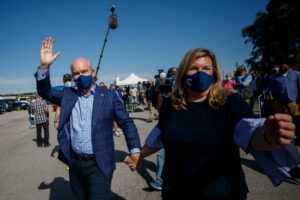 His flip-flopping on these points were egregious, and on environmentalism most of all. While running for leadership O'Toole had signed a pledge saying:

But when it came time to for him to actually run for prime minister, he put forward his own carbon tax in all but name, part of a jam-packed, all-in, environmentalist plan that included an electric vehicle mandate, a net-zero by 2050 pledge, and which "finalized and improved" the Trudeau government's Clean Fuel Standard (also known as the second carbon tax). This was a particular own-goal for the leader of a party whose base of support is located in the areas of the country that are most dependent upon the oil and gas industry.

And if it didn't win O'Toole much support among his base, it downright frosted his colleagues in Parliament, most of whom found out about it from the press. They weren't even briefed on this massive change in party policy. It's a good bet that all these months later, a large number of MPs who voted against O'Toole had that fact in mind.

In the end, however, he lost the election, largely because he failed to give Canadians anything to vote for. Especially since he wasn't all that against the Trudeau policies regarding energy and the environment in the first place.

Indeed, throughout his tenure as party leader, O'Toole struggled to find any kind of a footing that would enable him to resist Trudeau's agenda. His feeble response to the Freedom Convoy has encapsulated his problems these past several months, at once desperate to hold onto power and terrified of offending the sensibilities of, well, Liberal voters. For the first time since he became leader, there was energy on his side of the ideological spectrum, and Trudeau's Liberals were off balance. But O'Toole was anxious about being too supportive of what you might call the wrong sort of Canadians, eventually agreeing to meet with some of the truckers, but not the organizers of the protest, which Carson Jerima rightly points out was "a transparent attempt to get credit for supporting the rally and also credit for not supporting it." Of course, no one was fooled. 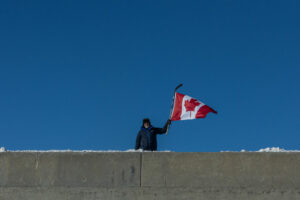 As the Wall Street Journal noted yesterday, O'Toole has richly deserved his fate:

Mr. O’Toole’s chief mistake was gambling the September 2021 election on an opportunistic shift leftward. He lost anyway, spoiling the best chance to toss Mr. Trudeau from office. Post-defeat, Conservative Party fundraising crashed...Mr. O’Toole has met with truckers but warned late Monday night that his Conservative critics, some of whom have embraced the protest, offer a “dead-end” and are “angry, negative, and extreme.”

Before the vote John Robson wrote:

That's as good a summation of his leadership and its end as anyone could come up with.

What comes next for the Conservatives? John Williamson of New Brunswick has announced his intention to stand for interim leader. He seems like a solid choice. Then there will be a race for a permanent leader, and The Pipeline will be all over it. With Justin on the ropes, now was precisely the right time for the CPC to depose its ineffectual leader. Canada is reeling from fascism disguised as Covid mitigation, and its critical energy industries are suffering from elite contempt and malign regulation; a new strong, forceful, and patriotic leader is precisely what's needed now.

The various aspirants who emerge should take a page from Florida governor Ron DeSantis' book and effectively and immediately form a kind of shadow cabinet or even a government-in-exile against the fleabagging Trudeau to give traditional Canadians something to rally 'round besides the Maple Leaf flag. Hopefully they will have learned from the Erin O'Toole experience, though I wouldn't put it past them to get into office and make all the same mistakes all over again.