Leave it to California to find disparity everywhere.

It is not news that California has a severe water shortage, and in fact “shortage” is too mild a term, as the once golden state has been under an official “state of emergency” for the last several years, which enables the government to impose strict rationing on water use. California’s water shortage is a combination of several drought years, along with a deliberate disinvestment in water infrastructure over the last several decades. California hasn’t built any significant new water projects or a single dam in more than 40 years, even as the state’s population has nearly doubled. In other words, California’s water problems are more artificial—that is, political—than natural.

The best example of the political distortion of California’s water supply can be seen in the fact that despite officially declaring water to be a “fundamental human right,” human access to water has taken a back seat to the Delta Smelt, a tiny fish whose endangered status has led to court rulings that the fish has greater claim on California’s water supplies than humans do. Trillions of gallons of fresh water have been diverted from human use to save the Delta Smelt over the last few years, making a mockery of the “human right” to water. 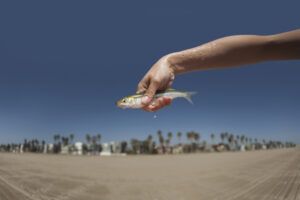 So what is California’s extensive water bureaucracy most worried about right now? Racism and “equity,” of course.

Last year California’s State Water Resources Control Board (SWRCB), explicitly responding to the suddenly discovered legacy of “white supremacy” and “the national and worldwide backlash against racism toward Black people and related Black Lives Matter protests of 2020,” passed a nine-page resolution (accompanied by 47 pages of “reference literature”), headlined “Condemning Racism, Xenophobia, Bigotry, and Racial Injustice and Strengthening Commitment to Racial Equality, Diversity, Inclusion, Access, and Anti-Racism.” One might have thought “inclusion” would have involved mentioning homophobia and Islamophobia, too, except that Black Lives Matter and their supporters get very angry when you mention the importance of any non-black group.

This cliché-ridden piece of predictable performance posturing is a case study of several intertwined traits of progressive governance today. California’s State Water Resources Control Board (and nine regional subordinate water boards) dates back to the 1960s, and was initially charged with monitoring the state’s water with an eye to detecting and remediating pollution from major sources such as industrial production, agricultural runoff, wastewater, and natural sources of unhealthy water. Surface and subsurface water quality is one of the more challenging environmental problems the nation faces because of the wide variety of ways water quality can be degraded, so it is not surprising that water monitors and regulators have a large range of factors to manage, from underground storage tanks to—in California’s case—the effects of specialized industries such as winemaking to, more recently, cannabis cultivation.

But as with all bureaucracies, mission creep and the political imperative of ever larger budgets and staff always leads to inexorable growth of power and reach, even as its primary original mission remains unfulfilled. Naturally the Board now includes "climate change" as one of its primary concerns, and “public outreach” and education—essentially propaganda and self-congratulation—as key functions. It is not surprising that it would jump on the anti-racist bandwagon along with everyone else in Leftist government.

It almost doesn’t matter whether the issue is water, air pollution, or access to food stores (the “food desert” argument). The by-the-numbers racism-all-the-way-down playbook is essentially the same. Any statistical disparity between races on any measure is taken as proof of racist intent and latent “white supremacy.” The state board's resolution declares as a matter of fact:

No proof is offered for this sweeping statement, but in typical fashion the resolution attempts to overwhelm readers with a pile of “reference literature,” no doubt compiled by a university “racial justice studies” department, all detailing statistical disparities unfavorable to minorities, as though this proves racist intent. It leads to the resolution’s conclusion: “In fact, race is the strongest predictor of water and sanitation access.”

It sounds persuasive until you notice what is missing from this body of “evidence”—income correlation and time. If you ask about poverty rather than race, you find virtually the same result. In other words, race is really a proxy for poverty, especially in California, which has the highest poverty rate in the nation thanks to “progressive” economic policies that throttle economic growth and opportunity especially for low-income minorities. But even the race or poverty measurements often don’t hold up under close scrutiny. A good example elsewhere is coal ash tailings. Environmental justice warriors have long alleged that hazardous coal ash tailings are disproportionately located near minority populations, though an EPA study found that most coal ash tailings are located in majority white areas.

To the extent that minorities live near chemical plants, refineries, landfills, or poor public infrastructure, it is usually for the simple reason that the cost of living is cheaper there, and the record shows that low-income people settle in such areas for that very reason. From the environmental justice rhetoric, you’d think oil refineries were built next to low-income minorities on purpose, when the reverse is nearly always the case in California: the refinery or chemical factory preceded local neighborhood settlement. (Most or all of these towns and neighborhoods have long been run by Democrats, it should be noted.) 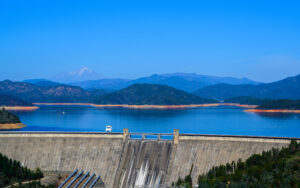 Maybe a few more of these would help.

The SWRCB resolution is long on the typical critical race theory language of pervasive racism, but remarkably short on remedies, beyond more funding—always more funding. But also more “empowerment” of marginalized voices, which means de facto quotas (though this is now called “diversity”), as this passage makes clear:

One statistical disparity none of these reports and studies ever address is whether higher minority representation leads to lower disparities of outcomes. Last week the EPA finally determined that the water in Jackson, Mississippi, was safe to drink again, after several months of a public emergency because Jackson’s water treatment facilities were in disarray. Water treatment is a local government responsibility, and Jackson’s African-America mayor and city council were clearly negligent in their management of their water infrastructure. Mere “equity” in representation doesn’t assure better outcomes for the very people the environmental justice warriors claim to care about.

And if Democrat-run California really wants to supply more abundant, high-quality water for everyone, is should start building dams and water projects again, as California Democrats used to do on a large scale before “progress” became the perverse creed it is today.

8 comments on “Is Water Racist? Isn't Everything?”