THE COLUMN: Silence of the Lambs 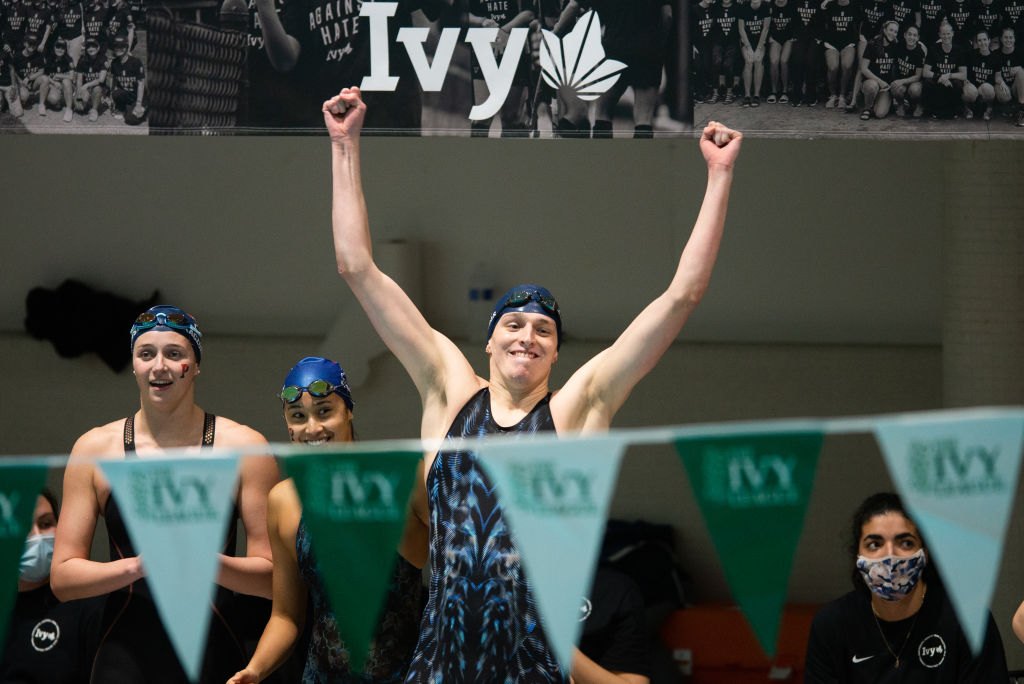 The highest form of a woman is a man.

It seems that a lad named Will Thomas, complete with God-given willie—his John Thomas if you will—is now a NCAA "women's" swimming champion, having finished "first" in a women's 500-yard freestyle event, beating off a bunch of real girls in the course of his famous victory. Not that he pretends to be a real woman, mind you; no, he's "making history" as "the first transgender athlete to win an NCAA Division I title," a dubious distinction given that he's not "transgender" in any meaningful sense of the word, and thus his "first place" finish in a women's event has exactly zero validity. As Abraham Lincoln once said: calling a dog's tail a leg doesn't make it so. If Thomas wants to be called "Lia" that's his business—but let him compete in the men's events.

Ah, but this is the lunatic world we currently live in, thanks in large part to the tolerance brigade, which demands that normal people (and yes, there are such things) tolerate and even encourage mental illness on a hitherto unimagined scale—as a glance at the mentally ill people who post their psychological problems on TikTok and Twitter for all the world to admire plainly indicates. Never mind the damage this does to impressionable and insecure young people, some of whom have killed themselves after being pressured into "transitioning." Time was when demanding that humanity address you as Napoleon bought you a trip to the funny farm; today, psycho-sexual mini-emperors lord it over the rest of society and demand to be indulged and given prizes.

What did Dr. Lecter say? “He’s making himself a girl suit out of real girls.”

That's from Thomas Harris's novel, The Silence of the Lambs, which concerned the hunt for a serial killer of women named Jame Gumb, aka "Buffalo Bill" because he "skins his humps." In the film, the line was changed to "he's making himself a woman suit out of real women," one of the few clunky notes in Ted Tally's otherwise superb screenplay, which won Oscars all around for him, director Jonathan Demme, actors Anthony Hopkins and Jodie Foster, as well as Best Picture. Hopkins got the accolades for his scenery- and face-chewing portrayal of Hannibal Lecter, but Ted Levine's embodiment of Buffalo Bill, a homosexual who'd been rejected for sex-reassignment surgery and is taking out his anger on the roomy girls of the world, is every bit as chilling. Indeed, my only other criticism of the script is the omission of Bill's dying words after he's been shot by Clarice Starling: "How does it feel to be so beautiful?" 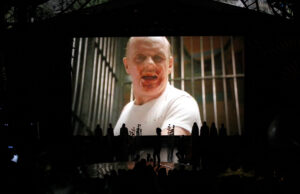 Ready when you are.

Because that's the whole point: sufferers from sexual dysmorphia (do not say "victims") such as the fictional Mr. Gumb envy the opposite sex (there are only two; there are three "genders" but that is a grammatical term), and want to be like them. That's why he tucks his dangly bits between his thighs as he nears his apotheosis—a practice that some pediatricians are now teaching our children. This is called "guidance":

Doernbecher Children's Hospital, a pediatric teaching hospital in Portland, Oregon, has come under fire over its guidance for kids interested in changing their gender identity. The guidance teaches kids how they can hide their genitals, called “safe tucking,” discusses the use of puberty blockers, some say encouraging their use, and even refers children to “a sex-positive shop in Portland” where they can find “gender-affirming” products in addition to “sex toys, videos and more.”

Gumb's valedictory as he expires from a sucking chest wound courtesy of the FBI is the only touching moment he has. Unmanly cheaters like Will Thomas, the irrefutable evidence between their legs, simply want to take advantage of women. Or mock them and mock society as well:

“I had followed her into the bathroom.” The left wants these people to be able to use the women’s restroom with your young daughters. pic.twitter.com/lQr7BDLokL

In the relatively sane society in which we used to live, this fellow's and others' smug satisfaction would be summarily wiped off their eyebrow-plucked faces by real men, and back to their closets and basements they would go, having learned that delusionary "rights" do not trump society's norms. To paraphrase Dr. Lecter: best thing for them, really. Even before it got to that, real women would have slapped them, complained, called the police, boycotted any athletic event featuring dudes with XY chromosomes (no matter how much "hormone replacement therapy" they've had). But the elevation of the bogus virtue of "tolerance"—an Alinskyite culture-killer if there ever was one—over morality and common sense has seen to that, and nowadays it is practically feminist dogma that the highest form of a woman is a man.

Thomas, who previously competed on the men's swim team at Penn, joined the women's team for the 2021-2022 season after undergoing two years of hormone replacement therapy, she explained in a recent interview with Sports Illustrated. Since then, however, the athlete's sparked a wave of controversy and national debate on whether trans women should be able to compete in women's sports.

The roundheeled media, which of late has never met a "transgressive" fad it didn't want to tumble for, has fully embraced the language of "transsexuality," as evidenced above. When Billy Wilder made his classic cross-dressing comedy, Some Like It Hot, the famous last line was meant to be a killer-diller. Today, the joke goes right over the multi-colored heads of the tik-tokkers. What's the problem? they wonder:

Lest you think me a prude, long before it was fashionable my debut novel, Exchange Alley (1997), featured a character of shall we say dramatically indeterminate sexuality, and includes scenes of extreme violence while exploring the seamier sides of the New York City and Soviet Russia sexual underground of the time. No one objected to the material: my book got a starred review in Publishers Weekly, was named a Book-of-the-Month club alternate selection upon publication, and was recorded as a book on tape by the late Edward Herrmann. Heck, it's fun for the whole family:

JFK assassination buffs will enjoy bushwhacking their way through this labyrinthine debut. Young Danish cultural attache Egil Ekdahl--engaged in hawking the KGB's file on Lee Harvey Oswald to the highest bidder--turns up murdered in a particularly grisly fashion, and NYPD Detective Francis X. Byrne is given the joyless task of finding his killer. Almost immediately, he locates one of Ekdahl's many sex partners, a fabulous Dane called Ingrid Bentsen, who connects him to New York's hot Euro club scene. But Byrne also discovers the lowlights of Ekdahl's career: a distinguished regular at a gay S&M club in the West Village, he was once caught on tape slicing a girl's throat during intercourse somewhere in Russia.

What I find interesting in retrospect is that there was no politicization of the subject matter. Just as there wasn't about Some Like It Hot, The Silence of the Lambs, or this off-Broadway classic:

Ah, but now such things are hills to die on for cultural warriors. There is no middle ground: you're either on board with the latest boundary-pusher or barrier-breaker, or you're a hateful bigot. There is no art to be mined from this particular mother lode, no jokes to be made. The iconoclastic, juvenile demons of Wokeness run shrieking through the halls of Western civ, smashing everything in their path, just for the sheer hell of it.

So it's with some satisfaction one notes that WilLia Thomas just finished dead last in the final race of his college career:

Transgender swimmer Lia Thomas ended her controversial college swimming career with a last place finish in the final of the 100-yard freestyle at the US collegiate championships on Saturday. Thomas, who competes for the University of Pennsylvania, trailed home in eighth place in 48.18 sec, more than two seconds behind winner Gretchen Walsh, who touched the wall in 46.05 sec.

Gotta love that "others." Who are they? Nuthouse Napoleons all, transvestite lions roaring orders at an army of sheep and wondering why Mother Nature steadfastly refuses to take them seriously. Meanwhile we, like lambs, refuse to object. There's nothing "controversial" about Thomas's career, except that the entire deracinated political and journalistic establishment takes it seriously, and insists that we do, too. It's the Emperor's New Clothes all over again, only this time it's an Empress, she's packing, and doesn't care who knows it.

8 comments on “THE COLUMN: Silence of the Lambs”