The Return of Cheap Oil: Blessing or Curse? 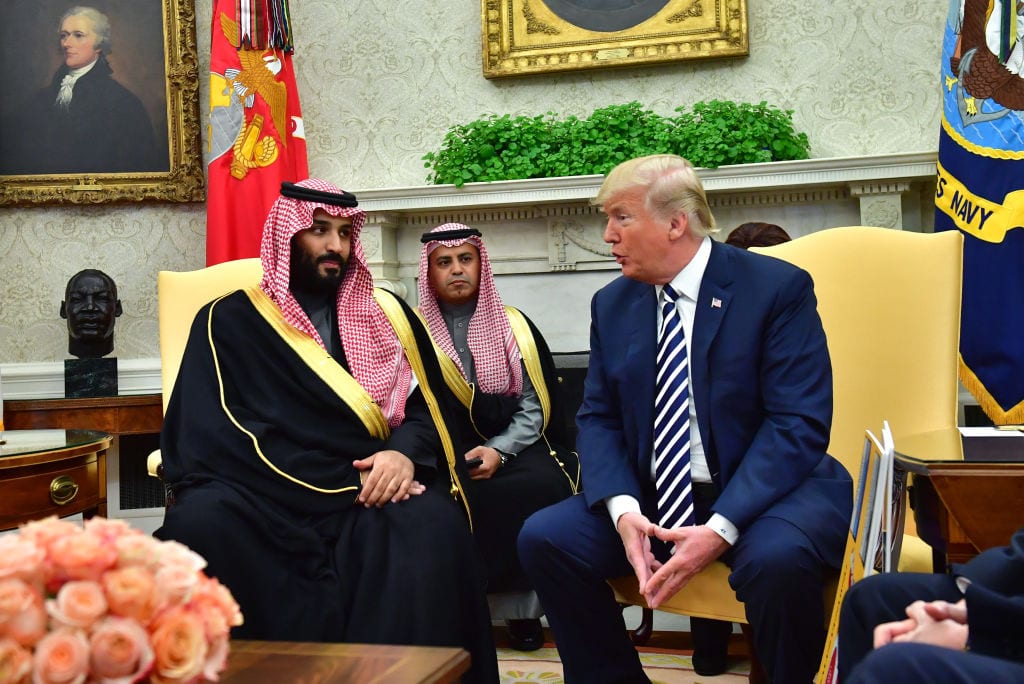 The enemy of my enemy is still my enemy.

Amid all the bad news of late, one trend that in earlier times would have gladden the heart of the driving public is the plunge in oil prices, both by the barrel and at the pump. Baby Boomers happily recall the days of 50-cent a gallon gasoline, and even the once-unthinkable dollar-per-gallon prices of the late '80s and early '90s seem remarkably cheap in retrospect. Even when gasoline prices in California soared into the $5-6 range at the end of the Bush administration, it seemed like there was still nowhere to go but up.

Now, however, they're dropping again, with a national average below $2/gallon. A perfect storm of events has hit the oil industry, most obviously the international shutdown of much trade and commerce and the questionably constitutional orders by state governors restricting public events and travel in defiance of the First Amendment's guarantee of freedom of religion and assembly, in the wake of corona virus pandemic. Throw in as well the ongoing price war between Saudi Arabia and and Russia, with each trying to drive the other out of the marketplace and seriously wounding domestic American oil producers as they fight it out, and you have a very rocky time for the energy industry.

Wait -- it's worse than you think:

Saudi Arabia’s recent decision to crank up oil production represents a dramatic shift in its thinking about energy markets and its own reliance on oil revenues. Gone are the days when Saudi oil reserves were prudently managed for future generations. By no longer maintaining a specific oil-price band or retaining spare production capacity, the Kingdom is stepping away from its longstanding role as the market’s swing producer.

The change reflects Crown Prince Mohammed bin Salman’s (MBS) view that Saudi Arabia has a relatively narrow window of opportunity to monetize its large oil reserves. He has embarked on a policy of capturing market share rather than trying to set the price, once again breaking with longstanding policies that he believes are no longer useful.

Why would the Saudis do that? Since the Arab oil embargo of 1973, which was directed at the West and in particular the United States, for supporting Israel during the Yom Kippur War that year, the Saudis have enjoyed lording it over the infidels and making them dance like marionettes as they manipulated the market. Now, they're doing it again.

If MBS persists with this strategy, he could significantly alter the dynamics of global energy markets. By keeping prices depressed, Saudi policy will not just drive more expensive forms of oil production out of the market; it will also make it harder for renewable energy to compete with fossil fuels – at least in the near term.

The source of this linked article is Project Syndicate, a radical leftist internet publication masquerading as "the World's Opinion Page," based in Prague, funded in part by George Soros' Open Society Foundations and the Bill and Melinda Gates Foundation, and one notoriously sympathetic to Islam. If you read its columns and every day and follow on Twitter something called The Bridge Initiative, a "multi-year research project on Islamophobia" disgracefully based at once-Catholic Georgetown University, you'll have a pretty fair idea of what Islam and its western enablers are up to.

The new strategy became clear on March 7, a Saturday, when Saudi Arabia decided to cut its official selling price and increase its oil production to above ten million barrels per day, with output in April likely to be near 11 million, up from 9.7 million in recent months. When markets reopened the following Monday, oil prices suffered their largest single-day decline since 1991.

Officially, the Saudi action was a response to Russia’s refusal to agree to voluntary oil production cuts at an OPEC+ meeting on March 6. Since 2016, the Russians and the Saudis have been coordinating their production to keep prices elevated at around $50-$60 per barrel. Yet the net effect of this cooperation has been to help the US shale industry boost its own production and sales, thereby capturing most of the world’s incremental demand. Having suffered declining exports since 2016, the Saudis were probably hoping that a reduction in output would shore up prices at a time of weakening global demand, owing to the coronavirus outbreak.

That "probably" is a nice touch. But of broader interest is the notion that "MBS" is actually looking toward a "renewable energy" future, and is trying to cash out now -- and ruin two of his chief competitors -- while the cashing's still good. This presupposes that the "Green revolution" is actually going to take place, something whose odds suddenly look much longer in the wake of the coronavirus and the Chinese culpability in its release.

There are strong arguments for why the Kingdom should pursue this path. For starters, Saudi oil is cheaper to extract and transport than many other reserves. It is also “cleaner” than that produced by Canada’s tar sands, and emits little methane compared to Russian oil. And Saudi Aramco is one of the world’s most technologically advanced and technically competent oil companies. In other words, Saudi oil has multiple comparative advantages over the competition, and therefore is perfectly placed to hold a privileged position in the global clean-energy transition.

In other words, under the guise of "clean" energy, which serves to keep the global-warming nuts at bay, the Saudis are actually pursuing a beggar-thy-neighbor strategy against its two chief antagonists, countries that also serve in Muslim eyes as archetypes of their religious enemies: the still-Christian U.S.A. and Orthodox Russia, the "Third Rome" that traces its spiritual descent directly from Rome and occupied Constantinople. This basically gives the game away:

The Kingdom’s policy shift should give pause to American politicians who boast that the United States has achieved energy independence through shale. In an all-out war for market share, US, Canadian, Russian, and other oil producers will have a hard time competing with the Gulf, given its lower costs and other competitive advantages... MBS may be gambling that he can outlast the competition. But given the structural features of the oil market and the world’s inevitable transition to renewables, he probably sees no other alternative. OPEC quotas and production agreements with the Russians have not delivered the results he needs.

So first we lose a price war with the Arabs, then the entire industry collapses as it "transitions" to unicorn farts and bird-annihilating windmills. That's the future, according to our friends the Saudis. It's up to us to make sure it doesn't happen that way.