The Perils of Weakness 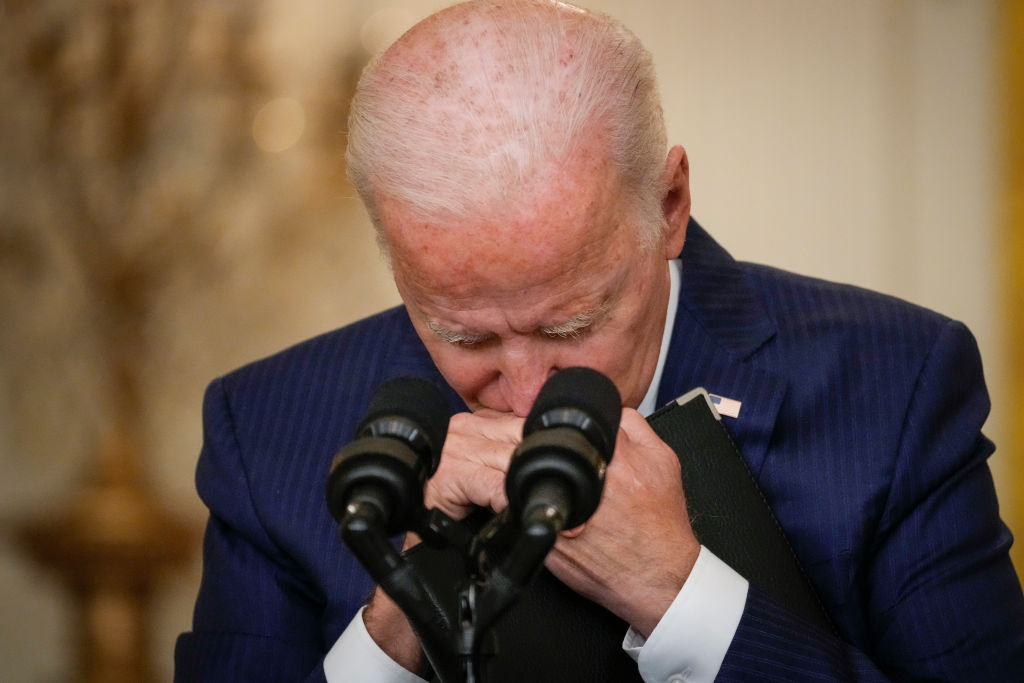 What a difference a few days can make. It was only the other day that President Biden spoke to the nation in what was billed as a press conference devoted to Covid-19 and vaccinations. After staring blankly into the teleprompter for eleven minutes and delivering his scripted remarks, the president inexplicably shuffled from the podium without taking any questions from, you know, the press. Bizarre as this was, it was made slightly less so by the fact that he had declined to answer questions in a similar setting the previous day, where he spoke about what at the time was the still-nascent debacle in Afghanistan.

The Covid-19 speech was plainly a ham-fisted attempt at misdirection, intended to divert the nation’s attention from what was merely an international embarrassment but has since become a literal bloody mess, with some 13 American servicemen and scores of Afghans killed in suicide bombings near the Kabul airport. Late last week, the president held another press conference, this one devoted to the events in Afghanistan, and as bland and affectless as he was in his appearances earlier in the week, when compared to Thursday’s performance he was Henry V at Agincourt.

In his address on Thursday, the president appeared confused, weak, and detached, as though still in denial that his own decisions have led to all that has recently transpired in Kabul and throughout Afghanistan. Even as he answered a question from Fox News reporter Peter Doocy about his role in the Afghan debacle, the president deflected responsibility onto his predecessor. 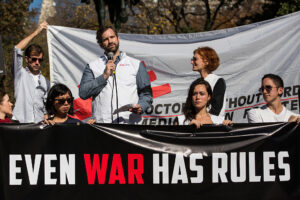 Not if you're doing it right.

“I bear responsibility for, fundamentally, all that’s happened of late,” the president said, then he  predictably resorted to one of the most tiresome of all his tiresome tropes. “But here’s the deal,” he continued, “you know as well as I do that the former president made a deal with the Taliban.” He then attempted to engage Doocy in some kind of bastardized version of a Socratic dialogue, the intent of which was to establish that he, fundamentally, bears no responsibility for the loss of life after all.

The disorder in Afghanistan is only the latest example of what happens when utopian visions come into violent collision with reality. From the comfort and safety of the White House (or Camp David, or his basement in Wilmington, or wherever), President Biden can claim the best of intentions, the mere invocation of which, he believes, absolves him of any responsibility for the consequences wrought by his decisions. As is always the case with leftist utopians, the costs are borne elsewhere and by others.

It is not only in Afghanistan that we see evidence of this. The product of poor leadership is evident in many American cities, most especially those where defund-the-police movements have taken root within local government. In Los Angeles, where the entire municipal government and the management of the LAPD have kowtowed to the police-are-the-problem mob, murders have increased 24 percent over last year and 44 percent over 2019.

And in Chicago, where Mayor Lori Lightfoot appears to have lost whatever minimal grip on reality she might have once had, murders are up 5 percent over last year, which may not sound all that dire until you recall that 2020 saw a huge spike in murders from the previous year. 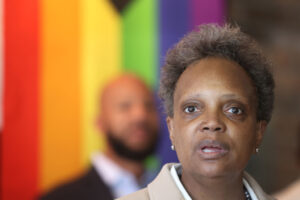 The daily carnage in places like Los Angeles and Chicago, in which the bodies stack up incrementally, may lack the punch-to-the-stomach impact of a suicide bombing that claims dozens in an instant, and while some may think it unfair to compare the killers who stalk our city streets to jihadis waging war in foreign lands, can those jihadis be said to be any more depraved than the gunmen who, two weeks ago in Chicago, shot two little girls as they sat in their car seats in their parents’ car?

Like the jihadis in Afghanistan, those gunmen in Chicago pay little heed to the platitudes pouring forth from politicians insulated from the costs of their poor leadership. They want what they want and they do what they do because they have no fear of the consequences.

It wasn’t so long ago that no foreign leader would consider aggression on a neighboring country without first considering the question, “How will the Americans respond?” Not even some tin-pot dictator in the most backwater third-world hellhole would make an adventurous move without weighing the risk of seeing U.S. Army paratroopers filling the skies, Marines swarming ashore on the beach, or an Air Force JDAM whistling down the palace chimney.

Today, if our adversaries even bother to ask how the Americans will respond, the answer they arrive at is, “They won't.” No more than Lori Lightfoot does, or Bill de Blasio in New York City or  Eric Garcetti in Los Angeles.

Our president displays weakness, which in its turn invites challenge. It should surprise no one that Afghanistan is once again under the control of the same sandal-clad barbarians we routed from power 20 years ago, and it remains to be seen which of our adversaries will be next to take advantage.