The Pandemic State Is Here to Stay 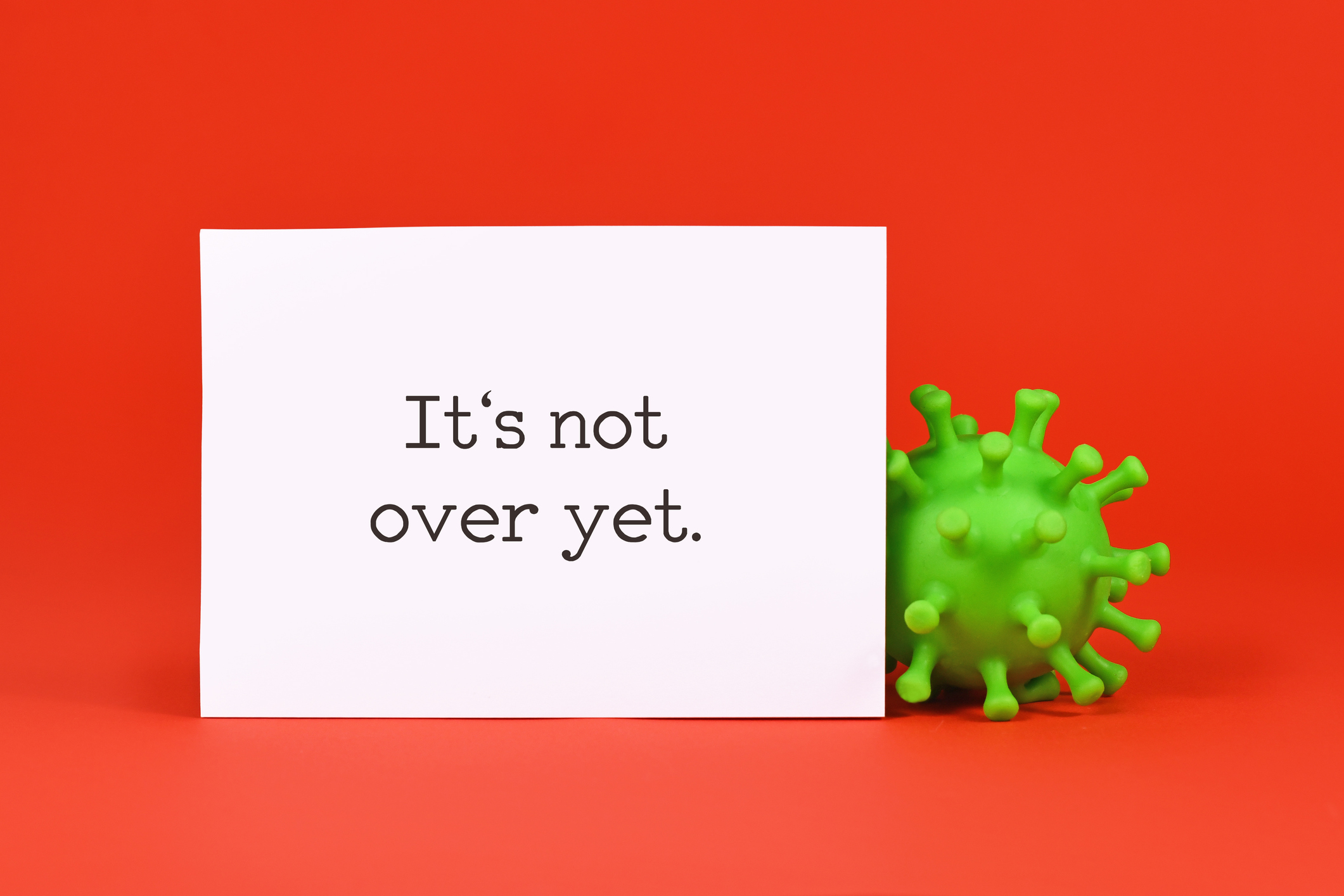 At least, not in our lifetimes.

In a major essay for Hillsdale College’s Imprimis series, Michael Rectenwald points to the 2018 CLADE X and 2019 Event 201 pandemic simulations involving putatively benign collaborations between the World Economic Forum, the Johns Hopkins Center for Health Security, and the Bill and Melinda Gates Foundation.

These exercises eerily “anticipated almost every eventuality of the actual Covid crisis, most notably the responses by governments, health agencies, the media, tech companies, and elements of the public. The responses and their effects,” he continues, “included worldwide lockdowns, the collapse of businesses and industries, the adoption of biometric surveillance technologies, an emphasis on social media censorship to combat ‘misinformation,’ the flooding of social and legacy media with ‘authoritative sources,’ widespread riots, and mass unemployment,” including the record gains enjoyed by companies like Amazon, Apple, Facebook, and Google entailing a massive transfer of wealth from the lower-and-middle stratum to the top echelon.

Similarly, writing in EarthNewspaper, Gary Barnett has no doubt that an “environment of deception” has been created and an enormous boondoggle perpetrated by a global network of royals, politicians, Big Tech moguls, Big Pharma, billionaires, and other elites, including Klaus Schwab’s World Economic Forum and its legion of influential graduates. The evidence he assembles is damning: area-variation mortality counts, suggesting differing batches of vaccines for experimental purposes; inflation of Covid casualty numbers; promotion of the killer drug Remdesivir; hospitals monetarily incentivized to report Covid cases and deaths, leading to a statistical explosion; and the use of ventilators, which produced mortality rates varying for different age groups from 76.4 percent to 97.2 percent. 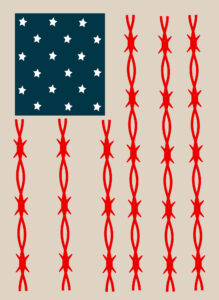 Clearly, the authorities went about their business in the most unproductive and dangerous manner conceivable—but this is only to give them the benefit of the doubt. There is far more going on and far more at stake than most people realize, as former BlackRock portfolio manager and investor Edward Dowd has vividly exposed in a blockbuster interview with Naomi Wolf and a follow-up with Alex Jones. The BMJ reports that scientific progress has been “thwarted by the ownership of data and knowledge because industry suppresses negative trial results [and] fails to report adverse events.” Scientific integrity has been radically compromised. The evidence of fraud is both mind-blowing and undeniable. It should be glaringly obvious by this time that a tectonic shift in medical, corporate, economic and power paradigms has occurred before our very eyes.

The new social and political structure that has come about is what law professor Bruce Pardy calls the “pandemic managerial state,” which runs roughshod over every Constitutional or legal bulwark. His conclusion is demoralising, to say the least: “The Covid-19 regime is just the tip of the iceberg. It is based upon an ideological premise: individual sovereignty must yield to the expertise, authority and discretion of officials acting in the name of public welfare and progressive causes.”

The real question is whether we will ever return to “normal,” to life as we once felt and experienced it, and the answer is: No, at least not in our lifetimes. We have Klaus Schwab’s word for it in Covid-19: The Great Reset.

“Many of us are pondering when things will return to normal,” he writes. “The short response is: never. The world as we knew it in the early months of 2020 is no more.”

The governing elect and their enablers—the medical colleges and the media—still have the support of a substantial portion of the public: the elite classes and the financially insulated on the one hand, the parasitical, financially-recipient classes on the other. Their authoritarian grip on power will be hard to dislodge. Even after the pandemic is officially declared over, the public will remain fearful and politically tenderized. Irrational attitudes fostered by the authorities will persist. Millions will continue wearing masks for years to come.

Public venues like restaurants will be prone to continue enforcing vaccine protocols. Many will continue to blame the unvaccinated for a failed vaccine, ensuring virulent social divisions. Meanwhile, the official and media narrative, that pervasive machinery of lies, will credit the mask/lockdown/vaccination program for having defeated the pandemic when it was the very mandate policy itself that caused incalculable harm and prolonged the disaster. 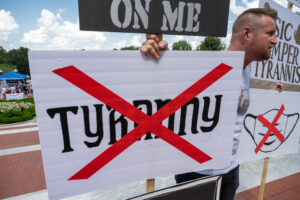 In many countries a majority of citizens obligingly fall for the great swindle. In his seminal essay Discours de la servitude volontaire, generally rendered in English as The Politics of Obedience, the 16th-century political philosopher Étienne de la Boétie cogently analysed the dynamic in play. “What strange affair is this?” he asks. “To see a vast multitude of people not merely obeying, but welcoming servility… deprived of the bulk of their revenues, their fields plundered, their dwellings robbed?”

His basic insight is that despotism owes its hegemony primarily to popular acceptance. There seems to be no help for it, except in those rare historical cases where a “spirited people” rises up against their ruthless leaders and expels “the villainous dross of the nation,” thus refusing “to give consent to their own woe.” [My translation.] Regrettably, in most Western nations today, there are simply not enough Trucker Convoys intent on restoring their rights and freedoms, too many people who give consent to their own servitude, too many non-truckers on the road to serfdom.

The “pandemic state” is here to stay for the indefinite future, though in different manifestations. Political authority has devolved into one or another form of totalitarian governance, characterized by disparate structures of repression as they arise across the political spectrum. In his must-read Scanned: Why Vaccine Passports and Digital IDs Will Mean the End of Privacy and Personal Freedom, Nick Corbishley exposes the technology of population control, showing that a return to normality is a mere fantasy. 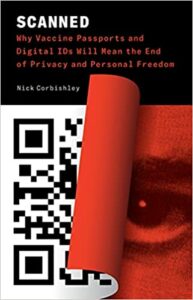 No new virus need emerge. Pandemic psychology controls the public mind and pandemic policy has prepared the way for a new political order—Schwab’s “global strategic framework of governance,” that is, a fascist regime in all but name. The norms and customs we took for granted will not return. Metaphorically, it is as if someone who has been severely wounded or disfigured must still bear the scars and impediments of his trauma. The handicap is here to stay.

Moreover, far too many people seem to love their injury. There is no going back to a previous condition of comparative innocence and social flexibility. The state will continue to further corrode traditional liberties—privacy, assembly, mobility, communication, currency—towards the goal of citizen submission to a dominant citadel of power, an administrative panopticon. And as de la Boétie understood, the majority will willingly comply, the paradoxical source of their own affliction. The lockdown state has the blessing of the multitudes. When exfiltration is not possible, there is little option for the remnant but to resist inwardly and refuse to give consent to their political abusers.

The heritage of the Judeo-Christian West, based on faith in a higher power, the rule of law, and the sovereignty of the individual, has been decisively breached. We now inhabit a time of domestic menace. For those who continue to cherish their liberty, the best we can do is plan and cope.

5 comments on “The Pandemic State Is Here to Stay”