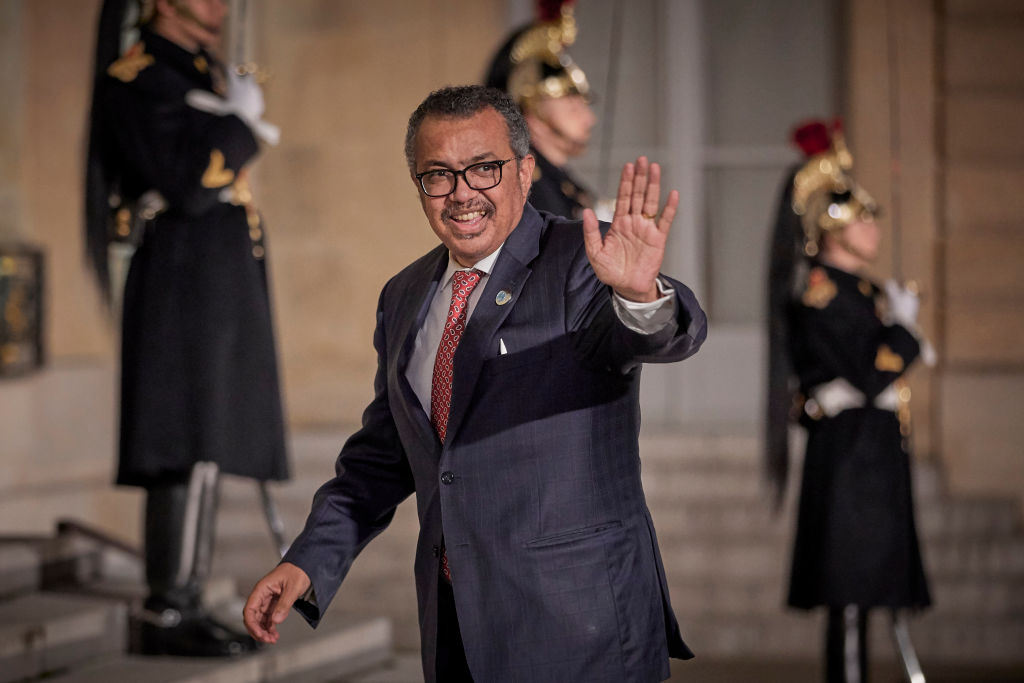 As should be common knowledge by this time, the Covid-19 pandemic was a godsend for the political Left. It allowed democratic governments to bypass Charters and Constitutions guaranteeing freedom of speech, worship, assembly and mobility, and to assert authoritarian control over their citizens—all under the cloak of protecting people from future outbreaks of pestilence.

A key player in what is nothing less than a paradigm shift from democracy to despotism among the nations of the West, the World Health Organization (W.H.O.) is proposing and, indeed, engaged in enacting a Global Pandemic Treaty intended to coordinate emergency response to whatever pandemic may lurk on the horizon. New Omicron strains, Bird Flu, Monkeypox and hemorrhagic smallpox are only the latest pathogenic candidates, and more are sure to come. The plan envisions total political control over medical initiatives, censorship of “disinformation,” restrictions on travel, discretionary imposition of lockdowns and masking, and the issuing of digital vaccination certificates, in effect forming an Orwellian Ministry of Health whose arbitrary authority will dictate how governments are to act and react whenever a threat to public health is declared. 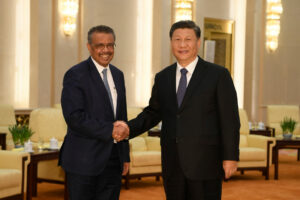 "We must not allow memories of this crisis to fade and go back to business as usual."

But there is more to the scheme than at first appears. It comprises nothing less than an existential peril to the sovereignty of nations and constitutes the central plank in the Globalist platform associated with the so-called Great Reset, namely, the dismantling of national borders in the interests of a putative New World Order with its capital at Davos, to be overseen by the plutocratic Left. The plan has been in operation for some considerable time: the deliberate absorption of millions of immigrants, refugees and economic migrants from third-world countries, as if the host nations were essentially borderless, and now, in the U.S., the intentional opening of the Southern Gate to additional millions of fugitive hordes of “asylum seekers.”

This contemporary species of Volkswanderung, vast caravans of invasive supplicants and interlopers permitted willing entry into the homeland, represents only the physical aspect of the operation. As we see, it is now complemented by a proposed legislative apparatus ensuring the dissolution of  the concept and practice of Westphalian statehood and its replacement by a presumptive one-world government dominated by a global cabal of wealthy oligarchs and administered by an immense organization of unaccountable bureaucrats.

As Dr. Peter Breggin writes, “This threat is contained in new amendments to W.H.O.’s International Health Regulations, proposed by the Biden administration [that] will empower WHO’s Director-General to declare health emergencies or crises in any nation… The same threat looms over all the U.N.’s 193 member nations.” These regulations and amendments are a “binding instrument of international law [that will] strengthen WHO’s ability to unilaterally intervene into the affairs of nations merely suspected of having a health emergency.” The notion of borders circumscribing a coherent and independent political entity will have been “cancelled.”

As to be expected, the plot thickens. Chinese exile Dr. Li-Meng Yan claims on Two Mikes that the bogey of "climate change" is also in the mix. Climate change will be held responsible for pandemics to come, as well as for food shortages and many other critical issues, giving the World Health Organization and its affiliates increased control over national policy. The Pandemic Treaty, as noted, is the vestibule to promoting the objectives of the Great Reset, hinging on the pretexts of pestilence and climate, as even the language in which the strategy is formulated makes clear: “the World Health Assembly also requested the W.H.O. Director-General to… facilitate the participation of other United Nations system bodies, non-state actors, and other relevant stakeholders in the process to the extent decided by the INB” (Intergovernmental Negotiating Body).

The operative term is “stakeholders,” World Economic Forum (W.E.F.) Chairman Klaus Schwab’s lynchpin phrase elaborated in minute detail in his recent Stakeholder Capitalism, advancing a scenario of governance predicated on disempowering democratic structures and provisions and establishing a collective of unelected “stakeholders”—private/public enterprises, major corporations, technological/political partnerships—in their place. “And they have real-world implications,” writes Ivan Wecke in openDemocracy, “for the way our food systems are organized, how big tech is governed and how our vaccines and medicines are distributed.” Wecke concludes with a warning: “If you value your right to public health, to privacy, to access healthy food or to democratic representation, be wary of the words ‘stakeholder capitalism’ when they pop up at the next Davos summit.”

Moreover, when one considers the principal proponents and organizers of the takeover, the Ethiopian communist and CCP sympathizer Tedros Adhanom Ghebreyesus—just re-elected to a second five-year term— and the W.E.F.’s ineffable Klaus Schwab with visions of autocratic grandeur, along with world leaders who have adopted the real-time conspiracy, the sequel is much to be feared. 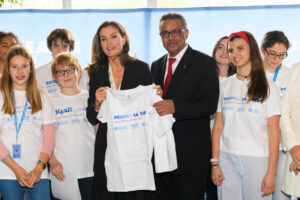 In short, the Global Pandemic Treaty espoused by the W.H.O. in alliance with the W.E.F. is intended as the means by which national borders will be demolished and nations will eventually disappear on the world stage, representative democracy will become a short-lived historical experiment, and a privileged managerial class of elite “stakeholders” will assume the reins of power, realizing the totalitarian dream of the political Left.

At any rate, that’s the plan, a viral contagion if ever there was one.

2 comments on “The Global Pandemic Treaty: A Diabolical Plan”