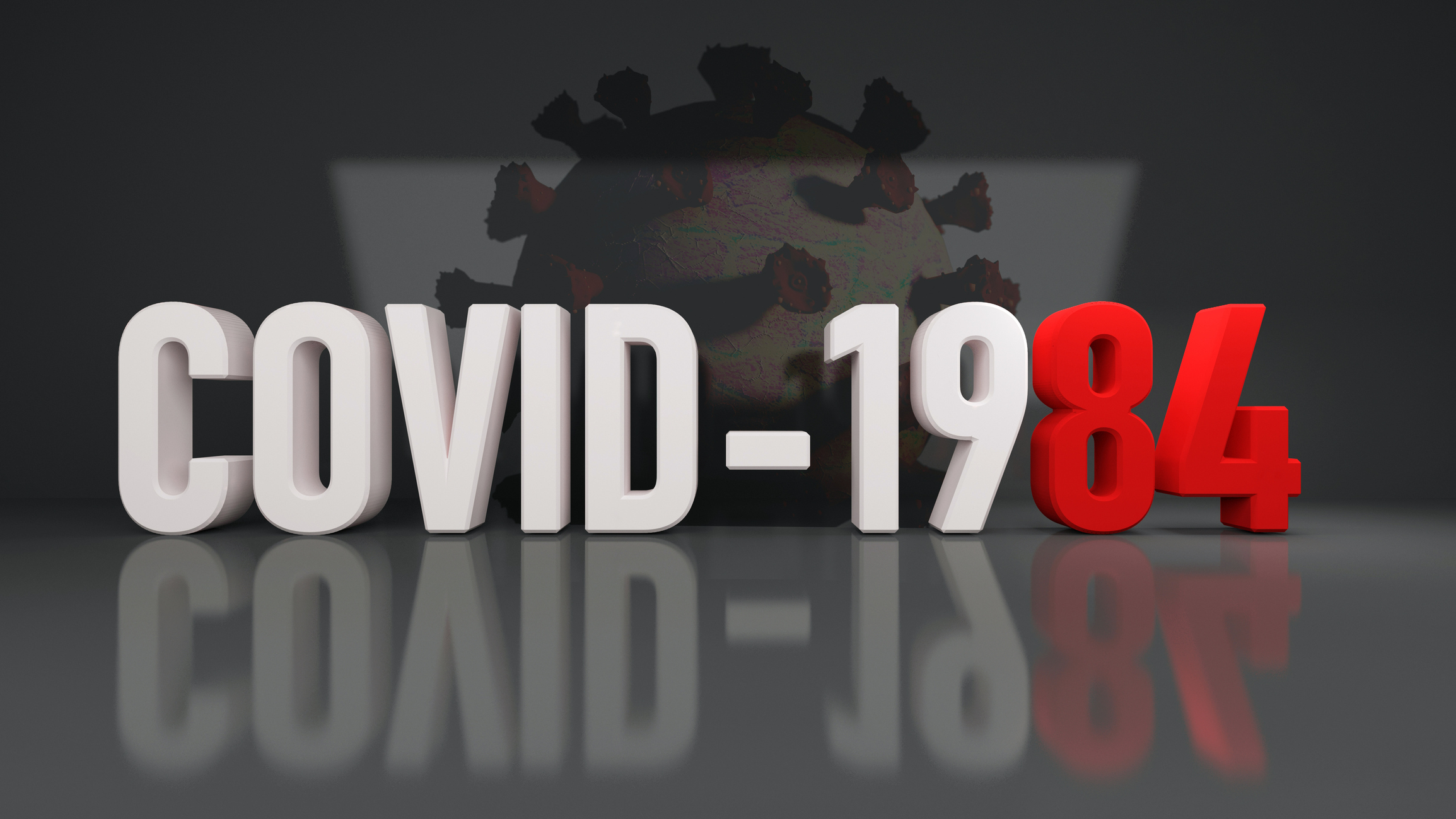 Big Brother wants to mess with your genes.

A pivotal feature of dictatorial regimes is the institutional lie, expressed as an unfounded message of millennial hope, an ever-changing set of legislated policies, and the tendency of authoritarian leaders to violate their own axioms and edicts. We see this happening before our eyes as a Covid-19 tyranny takes root on our own soil.

The manifold inconsistencies and deceptions that circulate regarding the draconian mandates and coercive measures imposed by Big Government to combat the Covid pandemic should by now have alerted the public to their suspicious nature. We have observed the extent to which these ordinances are regularly flouted by the authorities, who have been seen without their masks, disregarding social distancing rules, and travelling during lockdowns. Such exemptions are obviously a privilege reserved only to the elites, who do not scruple to lecture us on the current proprieties.

One popular slogan that we meet everywhere, on radio and TV, on the Internet, and emblazoned on ubiquitous signage, is particularly irritating: “We’re All In This Together.” Clearly, we are not. While small business owners and entrepreneurs struggle with bankruptcy as their establishments are closed down, Big Box stores operate at full capacity, teachers retain handsome salaries while refusing to enter their classrooms, government personnel continue to be paid in absentia, and politicians suffer no loss of ample remuneration.

Weddings, church services, funerals, social gatherings, holiday celebrations and anti-lockdown protests are either curtailed or banned to prevent proximity transmission of the virus; BLM demonstrations involving thousands of people cheek-by-jowl agitating for “social justice” are permitted and encouraged. Doctors are here to serve their patients; now many have embraced telemedicine, which does not impact their fees as it does their effectiveness. Diagnosis at a distance is not reliable medicine, though it is lucrative medicine. The overall hypocrisy that confronts us at every level of political, corporate and professional society is so blatant as to be unbelievable—except it is entirely believable. We are manifestly not in this all together, not by a long shot.

Another sedative to which we are constantly exposed is the official platitude that the mandates under which we malinger are intended “to protect public health and safety.” The collateral effects of this faux campaign have, in fact, endangered public health and safety. The category of “excess deaths” owing to delayed medical procedures for cancer, Alzheimer's, heart ailments and diabetes, among other conditions, including critical stress, depressive suicides, and adverse reactions and deaths linked to the Covid vaccines now arguably surpass Covid morbidity numbers—which themselves appear to have been grossly inflated. Indeed, in a crowning irony, the virus may itself be “boosted” by iatrogenic interventions. One need only consult virologist and immunologist Robert Malone, the actual inventor of the mRNA vaccines, who warns against them as Covid-19 suppressants.

We were assured that vaccine passports were the route to “public health and safety” and that life would soon be back to normal. Now triple vaxxing, masks and renewed lockdowns have become mandatory in many jurisdictions and nations. The temptation to blame and penalize the unvaccinated for any upsurge of “cases” is spreading and may easily translate into second-class status for the unvaccinated and a policy of forced internment.

But who are the “unvaccinated”?  Israel’s Director of the Ziv Medical Center Dr. Salman Zarka admits that the definition is changing: “We are updating what it means to be vaccinated.” In the absence of a third jab (and counting), even the double-vaxxed fall into the category of “unvaccinated.” As Kit Knightly writes in off-guardian, “Israel is the petri dish”; if it works there, the rest of the world will follow suit. Of course, in another sense of the phrase, it doesn’t really “work there.” A multi-sourced chart published in the Financial Times, comparing over-vaxxed Israel to under-vaxxed Egypt, provides a sobering metric. Egypt is doing at least an order of magnitude better than Israel. Equally distressing, on August 22 West Virginia governor Jim Justice reported a 26 percent surge among the fully vaccinated and a 25 percent increase in vaccinated deaths. This surely is not a one-off. 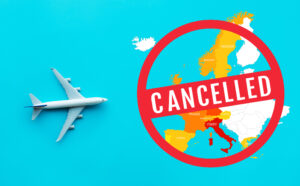 Where do you think you're going?

It should be obvious by this time that we are dealing with a vast shell game. In an open letter to the Canadian Minister of Health, McGill University theology professor Douglas Farrow argues, correctly, that vaccine mandates are incoherent. That is surely the right word. Masks were supposed to keep us safe. They didn’t do very well, so the first jab was introduced, which should have offered immunity. Then came a second jab, followed by a third and counting. Then came the vaccine passports. Meanwhile, as noted, double-and-triple-jabbed Israelis are still fighting infection and transmission and have now even been refused entry to Portugal and to open, prosperous Sweden.

It is no surprise, at least among the concerned, that distrust is growing of our health authorities, the political class and the collusive “misleadia,” assiduously promoting a medical dogma that is plainly muddled, deceptive and hypocritical. It is also, to put it bluntly, totalitarian.

The next step is the construction of quarantine or internment camps, as currently planned in Australia. Similarly, in the U.S. the CDC has proposed a “shielding approach” that would establish “a group of shelters such as schools, community buildings within a camp/sector…where high-risk individuals (the unvaccinated) are physically isolated together.” As if this weren’t plain enough, the proposal states that “High-risk individuals would be temporarily relocated to safe or ‘green zones’ established at the household, neighborhood, camp/sector or community level… They would have minimal contact with family members and other low-risk residents.”

Meanwhile, the National Guard is in process of hiring “internment resettlement specialists” to supervise detention operations and “provide guidance to individual prisoners.” It is not clear from the explanatory description what this program precisely entails, but it doesn’t augur well. On August 6, 2021, governor Bill Lee of Tennessee signed an executive order authorizing involuntary internment of targeted citizens, under the convenient designation of “regulatory flexibilities.”

Not to be outdone, the Department of Homeland Security claims that those resisting the vaccines pose a “potential terror threat.” If you oppose the vaccines, you are an “extremist.” The document is very clear: “These extremists may seek to exploit the emergence of COVID-19 variants by viewing the potential re-establishment of public health restrictions across the United States as a rationale to conduct attacks.” Bill HR 4980 currently before Congress would place unvaccinated persons on a No-Fly list and lead inexorably to a No-Buy gun control law. A No-Buy gun list would prevent people from arming themselves. As they say, you have been warned. 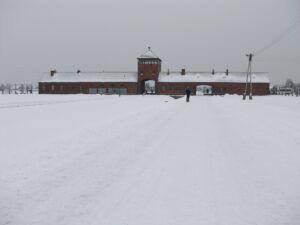 My own country of Canada marches in lockstep with the heavily mandated nations of Israel, the U.K. and, of course, Australia and parts of the U.S. According to NaturalNews, the Canadian government has ordered enough vaccines to inoculate every man, woman and child many times over for the next three years, having stockpiled 293 million doses for a population of 38 million. The report continues: “Just months ago, the Covid-19 vaccines were hailed as a ‘miracle of science’ that were putting an ‘end to the pandemic’… But now the narrative has changed” and we can expect more censorship, travel restriction, contact tracing, deprivation of human rights, dodgy testing, and mask and vaccine mandates. The fear is that even supermarkets may eventually be placed off limits for the unvaccinated, forcing one to rely on doorstep deliveries.

As we’ve seen, this despotic program is being implemented in the name of “protecting public health and safety.” It appears, rather, as if it is being put in practice to create a system of “vaccine enslavement” and authoritarian control. Our Prime Minister, after all, is on record as admiring the “basic dictatorship” of Communist China.

What next? One shudders to think. Where next? Who's next?