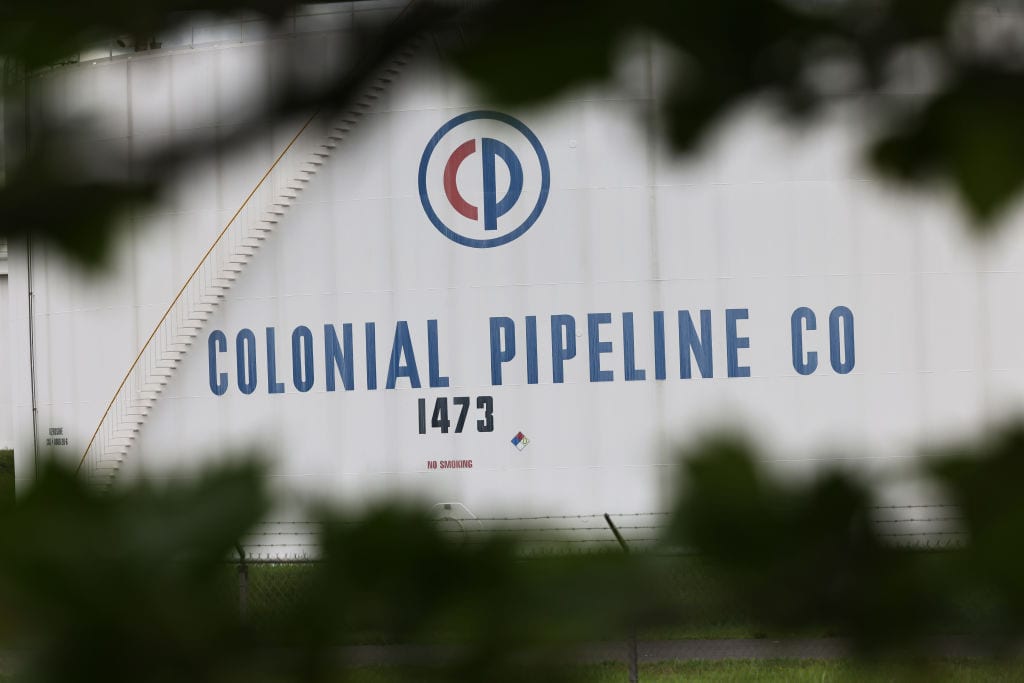 Here's some good news -- after several days offline, due to a ransomware attack by Russian hackers, Colonial Pipeline is back up and running as of Wednesday evening. And sooner then expected -- the initial estimates suggested that it might not be able to be restarted until this weekend. This has led to some questions about whether Colonial (perhaps with some encouragement from the Feds) simply paid the hackers' ransom demand. CNN says no, they just beat the hackers with an assist from the FBI, but Bloomberg is reporting that that's exactly what they did:

Colonial Pipeline Co. paid nearly $5 million to Eastern European hackers on Friday... The company paid the hefty ransom in untraceable cryptocurrency within hours after the attack, underscoring the immense pressure faced by the Georgia-based operator to get gasoline and jet fuel flowing again to major cities along the Eastern Seaboard, those people said. A third person familiar with the situation said U.S. government officials are aware that Colonial made the payment.

Either way, this is an embarrassment for the Biden Administration, but allowing (maybe encouraging) an American company to pay a ransom to Russian cyber terrorists would be hard to come back from. Still, Joe must not have liked the prospect of gas lines -- that totem of Carter-era malaise and harbinger of the Reagan revolution -- lasting more than a few days.

Even so, this crisis won't be ending immediately. Colonial has said, "it will take several days for the product delivery supply chain to return to normal," meaning that souring prices, panic buying, and even rationing are probably going to be with us in the affected states for at least a week.

On the bright side, this is about as close as we can get to a controlled experiment. It would be wildly irresponsible to shut down a pipeline just to spite our obnoxious anti-pipeline protestors and the limousine liberals who fund them. But to see those same liberals sitting in their limousines (or SUVs more likely) in northern Virginia waiting their turn to fill their tanks (and maybe a few plastic bags) with gas? Priceless. Here's hoping the Canadians are watching how this is playing out.

Perhaps the headache will even cause Biden to rethink a few of his own green commitments. As Kyle Smith reminds us,

If Biden himself were not on record as being himself a fan of shutting down fuel pipelines — Keystone XL not only was a menace to our American way of life by bringing us energy, Biden thought it had to be cut off before his first afternoon nap — this brewing crisis wouldn’t be so potentially damaging to him. Biden is an ardently pro-fuel-limits guy in a moment when fuel is limited. As one of his other first acts in office — “Let’s own Trump by endangering our energy future” — he also banned new fracking leases on federal land. Maybe it would be nice to have more energy supply rather than less given what’s happened since?