Seven-Dollar Gas Just Around the Corner 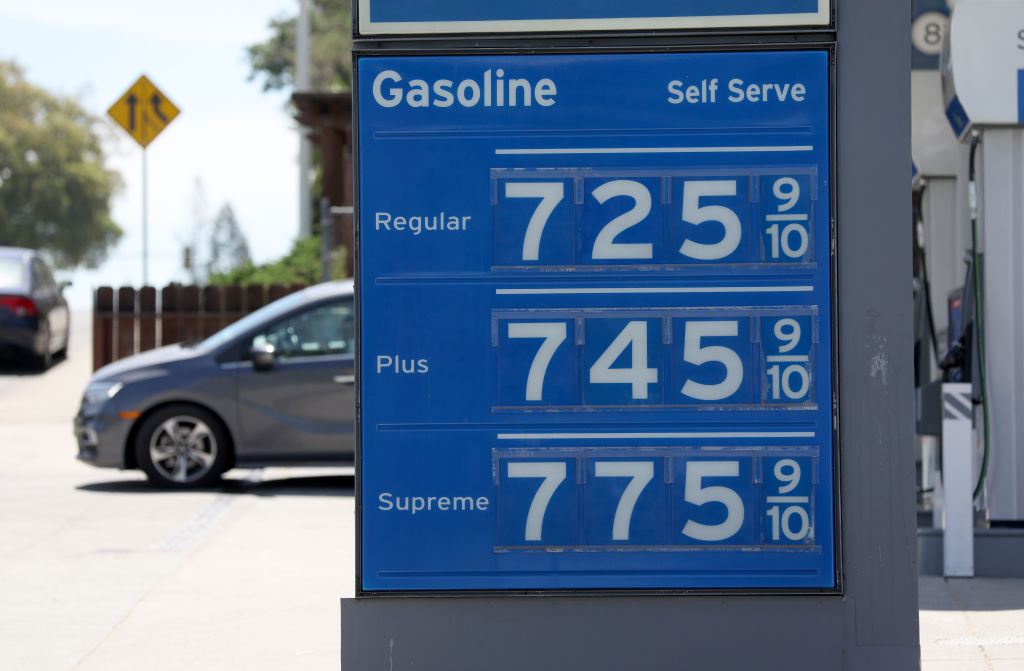 We've just passed Memorial Day, the unofficial start of summer, and most Americans have already begun to map out their vacation plans for this year. After two summers lost to the Wuhan coronavirus there seems to be a widespread desire to make up for lost time by packing the kids into the car and heading out for an adventure.

Unfortunately, the price of gasoline figures to take up a significantly larger chunk of the vacation budget this year. The Energy Information Administration's average gas price tracker has been helpfully demonstrating the fact that, with more-or-less every update, we set a new record for prices at the pump. That record for the week ending on May 30th is $4.727 per gallon, with prices in some places in California topping the federal minimum wage of $7.25 per hour according to CBS News. These are almost unimaginable sums considering the fact that the price was $2.464 when Joe Biden took office. 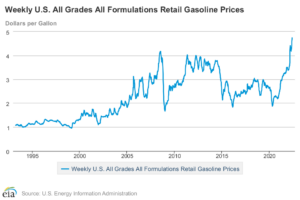 And it's going to get worse. Fuel price analyst Patrick De Haan predicts that the price of gas will hit $5 per gall by June 17th. JPMorgan analyst Natasha Kaneva predicts that we will be paying $6.20 nationally by August. Both of those projections came out before the announcement that the European Union would ban Russian oil and gas imports by the end of 2022, which led to a significant increase in the per-barrel price of oil. Which is to say, those might be underestimates. We could be close to $6 per gallon by the Fourth of July. Maybe by Labor Day we'll be nearing $7.

Speaking of Russia, Ed Morrisey deftly counters the ridiculous White House spin that this is a crisis of Putin's making, saying "Gas prices have escalated by 91% under Joe Biden … so far. They went up 43% before Vladimir Putin began positioning troops around Ukraine, in fact." Had Biden not declared war on the oil and gas industry right out of the gate, we would have been better able to absorb Putin's blow to oil markets. Indeed, we would have been well positioned to step into the role of Europe's preferred energy supplier, likely bringing about a Russian energy embargo much sooner and possibly preventing the war from dragging on as long as it has.

Luckily Biden's attempt to pass the buck doesn't seem to be fooling anyone--  a new poll by the Trafalgar Group found that 60 percent of Americans believe Biden's policies are primarily to blame for our current economic woes. That bodes well for the midterm elections and, if it holds, for the elections in 2024.

Maybe those will lead to the types of policy changes that will turn this crisis around. Unfortunately they won't happen soon enough to keep gas prices from ruining our summer.

One comment on “Seven-Dollar Gas Just Around the Corner”