Regarding the Vaccines: Exercise Extreme Prudence 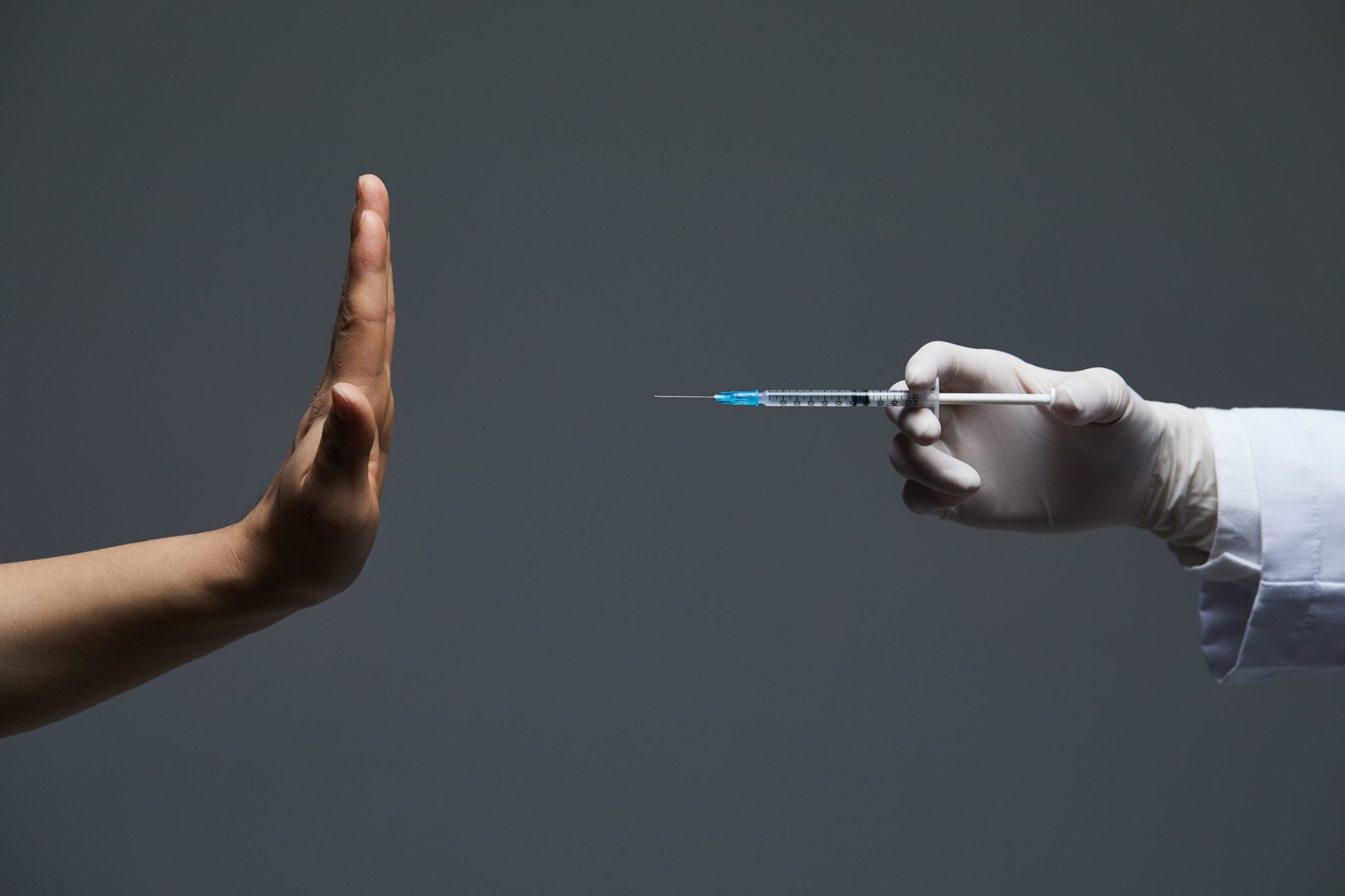 In a measured presentation on the subject of vaccines delivered this February, Dr. Byram Bridle, a viral immunologist at Guelph University in Canada, expressed skepticism about these presumed vehicles of salvation. “I would probably prefer to have natural immunity,” he said. Confirming Bridle’s skepticism, a recent study from the Washington University School of Medicine finds there to be lifelong immunity after Covid, owing to natural antibody-producing cells rather than synthetic infusions.

As Global Research explains, a major issue involved in rejecting the vaccines is that they are forms of gene therapy deputizing for vaccines and are potentially hazardous, “exotic creatures… that actively hijack your genes and reprogram them.” In other words, the vaccines are not really vaccines as commonly understood but genomic substances responding to what is likely a digital virus.

Moreover, a new study by British professor Angus Dalgleish and Norwegian scientist Dr. Birger Sørensen, soon to be published in the Quarterly Reviews of Biophysics, claims that it is “now beyond a reasonable doubt…that unique fingerprints in SARS-CoV-2 [are] indicative of purposive manipulation," concluding that “SARS-Coronavirus-2 has no credible natural ancestor.” Indeed, after initial denials across the media for over a year, opinion now seems to be shifting toward a laboratory origin for the virus. A synthetic antidote to a manufactured virus would seem to belong in Frankenstein’s lab, not in the natural world. 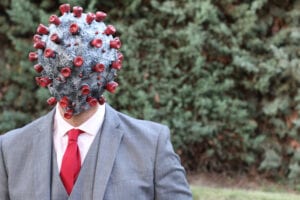 No, really, I feel fine. Why do you ask?

Dr. Peter McCullough, a prominent cardiologist, believes that with increasing reports of adverse effects, it's too risky for people who have a more than 99 percent survival rate to receive one of the experimental vaccines. “Based on the safety data now, I can no longer recommend it," he said in an interview with journalist and author John Leake, which was predictably scrubbed on YouTube. Too many people die “on days one, two and three after the vaccine.”

McCullough has been attacked as a right-wing crank by the usual swarm of dubious “factcheckers” populating the Net. McCullough has 600 peer-reviewed publications to his name, many of which have appeared in top-tier journals such as the New England Journal of Medicine, Journal of the American Medical Association and The Lancet. He is also the president of the Cardiorenal Society of America, co-editor of Reviews in Cardiovascular Medicine and associate editor of the American Journal of Cardiology and Cardiorenal Medicine. His credentials are impeccable and he should be taken seriously. Left-wing cranks should not.

Furthermore, the recent controversy surrounding prominent French virologist and Nobel Laureate Luc Montagnier needs to be put in context. He did not say that all who had been vaccinated would die within two years, as was widely reported. What he did say was that the vaccines and viral variants go hand in hand, owing to a condition called antibody-dependent enhancement (ADE), a phenomenon in which virus-specific antibodies enhance the entry of the virus and may also cause viral replication. Variants will continue to proliferate as a direct result of the vaccines themselves: in each country, he says, “the curve of vaccination is followed by the curve of deaths.” Because of the vaccines, “the virus is forced to find another solution, or die,” thus creating vaccine-resistant variants.

Naturally, Montagnier has been mocked, slandered, “factchecked,” refuted and misreported in a veritable Netblitz. Nonetheless, that one lockdown insensibly succeeds another, that new viral variants continue to appear irrespective of counter-measures, and that top-off injections will likely be administered at regular intervals add weight to his argument. (The French video interview between Montagnier and journalist Pierre Barnérias has been rendered exceedingly difficult to find, but the effort is worth it.) 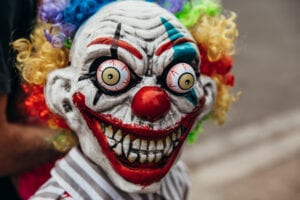 Corroborating Montagnier’s analysis, an international team of virologists and microbiologists writing for the quality journal Vaccine has released a study exposing the vaccine fiasco foisted upon a fearful and credulous public. They describe more than 20 possible long-term healing complications, including severe pneumonia from cross reactivity; this means that the vaccine could potentially cause a “covid spike.” Vaccines, they fear, could “exacerbate[e] rather than attenuat[e] viral infections.” The efficacy of the vaccines, they claim, has been vastly overstated...intentionally. The skeptics appear to have been right all along.

The debate has raged far and wide among those who swear by the necessity of the vaccines and those who remain doubtful or condemnatory. Official sites such as the British MHRA (Medicines & Healthcare Regulatory products Agency) require a considerable amount of data dredging in order to arrive at reliable conclusions. Reconnoitering the terrain of what is nothing less than a species of fractal embedding is an arduous process; one feels a bit like Joshua’s spies sent out to probe the defenses of Jericho. But the results are startling. The number of adverse reactions is enough to cause a pandemic of vaccine hesitancy.

By May 19 in the U.K. alone, there have been at least 245,276 adverse reports and counting. The alarming incidence of adverse effects such as blindness, impaired vision and other eye disorders, nervous system disorders, brain damage, facial paralysis, strokes, capillary leak syndrome, cardiac issues, blood disorders and gastrointestinal disorders cannot be taken lightly.

The total number of deaths as of May 19 is 1,192 in the U.K. alone. These are government-authorized figures. Of course, statistical taxonomies appear to reduce the significance of adverse results; tell that to the growing number of vaccine recipients who have suffered the consequences. And we must remember that the reporting scheme, which is passive and voluntary, is significantly underused. The Agency for Healthcare Research and Quality (AHRQ) found that less than one percent of side-effects following vaccination are in fact reported.

It is consoling to remark that, as of April 16, six American states have banned the use of vaccine passports. According to NewsNation, for April 27, the count is even higher: at least 40 states “are advancing legislation to ban COVID-19 vaccine requirements for businesses and schools.” Becker’s Health IT for May 6 reports that several other states are considering legislation to the same effect. Hospital workers in Houston are suing to block mandatory vaccinations. It’s a running total.

It is also comforting to note that now-beleaguered medical guru Anthony Fauci, whom Jon Sanders writing in the American Institute for Economic Research called “that ubiquitous font of fatuous guidance,” admitted that asymptomatic spread of the virus, despite the dire media and official narrative as well as his own whiffling, was extremely rare. In a February 2020 email, Fauci wrote, “Error in my statement to you. I meant to say that “……most transmissions occur from someone who is symptomatic — not asymptomatic.” 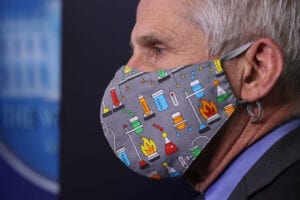 "Error in my statement."

Our national governments and affiliated medical institutions will be fighting these developments tooth and nail. The Biden administration, we learn, may be considering the introduction of vaccine passports for international travel, as well as incentivizing employers to require vaccinations. The alliance of government funding and medical ideology is a powerful force for compliance. And for the most part, all we hear from the corporate media are crickets when we should be hearing kettle drums.

Former Pfizer Vice President and chief scientific researcher Michael Yeadon believes that these vaccines, as they “go from the computer screens… into the arms of millions of people,” may contain “characteristics which could be harmful and could even be lethal.” The scale of the menace we are facing, he says, not from COVID but from the oligarchs, politicians, media types and technocrats who have exploited it and the billionaire companies that manufacture the vaccines, may be unprecedented. Like practically all vaccine skeptics, he will be “factchecked” to death by the usual suspects who have skin in the game.

But the menace is real. The aforementioned Professor Bridle has admitted that “We made a big mistake. We didn’t realize it until now… we never knew the spike protein itself was a toxin and was a pathogenic protein. So by vaccinating people we are inadvertently inoculating them with a toxin.” Bridle reprises a Japanese study showing how the synthetic mRNA spike protein circulates in the bloodstream and accumulates in tissues such as the liver, the adrenal glands, the spleen and the ovaries, likely causing extreme pathogenic reactions.

Similarly, pediatric rheumatologist J. Patrick Whelan has warned that the spike protein may cause microvascular damage to the liver, heart, and brain in “ways that were not assessed in the safety trials.” Whelan worries that hundreds of millions of people might “suffer long-lasting or even permanent damage to their brain or heart microvasculature as a result of failing to appreciate in the short-term an unintended effect of full-length spike protein-based vaccines on other organs.”

The news from Israel is as distressing as it is revelatory. The country launched one of the strictest vaccine programs in the world, creating two classes of citizens: the vaccinated who retained their social privileges, the unvaccinated who were stripped of them. A report just released by two Israeli researchers, Drs. Haim Yativ and Hervé Seligman, relying on tables provided by the Israel Ministry of Health, reveals that most COVID deaths during a five-week-long vaccination period “are for vaccinated people.”

The numbers show that “the vaccines, for the elderly… killed about 40 times more people than the disease itself would have killed, and about 260 times more people than the disease among the younger age class.” Additionally, confirming Luc Montagnier’s predictions, the researchers state that “in a few months we expect to face mid-and long-term adverse effects of the vaccination as ADE (Antibody-dependent Enhancement) and the vaccination-resistant mutants selected by the vaccines.” The Internet archive has, and no doubt will continue to suppress these numbers. There is far too much money, power and reputation involved to admit error.

People need to understand that such warnings are not conspiracy theories. They reflect the knowledge and apprehensions of reputable professionals who are not beholden to government funding and the big pharmaceutical companies. The accelerated quasi-vaccines may well have been the greatest mistake that our political, medical and media orthodoxies have ever committed. It makes good sense to act and think independently, to attend to and examine the official instruments with due diligence, and to exercise prudence when considering taking the jab. As counterintuitive as it may seem in the midst of an orchestrated panic, this is nothing less than a responsibility one owes oneself and one’s family.