With parts of America and Europe still in lockdown, was the massive overreaction to the Wuhan Flu, aka Nursing Home Disease a crime or a blunder? As a French official during the time of Napoleon said of the execution of Louis Antoine du Bourbon, "C'est pire qu'un crime, c'est une faute." Which is to say, were the loss of civil liberties and the massive economic destruction of the unconstitutional lockdowns simply malicious and punitive, or is the damage irrecoverable, with all the attendant political consequences whose effects will be felt at the ballot box this November?

Some folks at the Foundation for Economic Education are beginning to smell a rat:

The 'experts' may have subjected us to a blunder greater than any since the Iraq War.

The Iraq War WMD debacle is arguably the greatest expert “fail” in generations. The holy triumvirate—lawmakers, bureaucrats, and media—all failed to sniff out the truth. If any of them had, a war that cost trillions of dollars and claimed the lives of 100,000-200,000 people likely could have been avoided.

It would be difficult to surpass the Iraq blunder, but emerging evidence on COVID-19 suggests the experts—again: lawmakers, bureaucrats, and media—may have subjected us to a blunder of equally disastrous proportions.

The evidence? How's this for a dispatch from the Dept. of Now They Tell Us?

Mounting evidence suggests the coronavirus is more common and less deadly than it first appeared. The evidence comes from tests that detect antibodies to the coronavirus in a person's blood rather than the virus itself. The tests are finding large numbers of people in the U.S. who were infected but never became seriously ill. And when these mild infections are included in coronavirus statistics, the virus appears less dangerous.

"The current best estimates for the infection fatality risk are between 0.5% and 1%," says Caitlin Rivers, an epidemiologist at the Johns Hopkins Center for Health Security. That's in contrast with death rates of 5% or more based on calculations that included only people who got sick enough to be diagnosed with tests that detect the presence of virus in a person's body.

And the revised estimates support an early prediction by Dr. Anthony Fauci, director of the National Institute of Allergy and Infectious Diseases and a leading member of the White House coronavirus task force. In an editorial published in late March in The New England Journal of Medicine, Fauci and colleagues wrote that the case fatality rate for COVID-19 "may be considerably less than 1%." 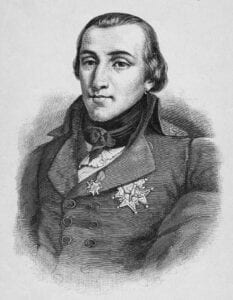 The new evidence is coming from places such as Indiana, which completed the first phase of a massive testing effort early in May. Indiana's program began soon after coronavirus cases began appearing in the state. The governor's office contacted Nir Menachemi, who chairs the health policy and management department at Indiana University's Richard M. Fairbanks School of Public Health.

The governor wanted basic information, such as how many people had been infected, and how many would die. At the time, "it was really difficult to know for sure," Menachemi says. "And frankly, not just in our state, but in any state." That was because health officials only knew about people who had been sick enough to get tested for the virus. And that number can be misleading, Menachemi says.

In other words, based on the faulty premise that infection=death -- aided and abetted as usual by a hysterical media that always runs with the worst-case scenario first -- the major economies of the West put a loaded gun to their heads and pulled the trigger.

For Menachemi and his team, it was like finally getting a glimpse of the entire coronavirus iceberg, instead of just the part above the water. And the data allowed them to calculate something called the infection fatality rate — the odds that an infected person will die. Previously, scientists had relied on what's known as the case fatality rate, which calculates the odds that someone who develops symptoms will die.

Studies suggest a healthy young person's chance of dying from an infection is less than 1 in 1,000. But for someone in poor health in their 90s, it can be greater than 1 in 10.

To translate that into plain English: the very elderly are more likely to die of something than healthy young people. But will this stop people like Fauci from continuing to insist that the destruction of civilization the price we pay for allowing him and other doctors to continue to exercise an undue influence over the public policies of the U.S., Britain, and elsewhere? Of course not:

Anthony Fauci, the top infectious disease expert in the U.S., said Sunday that the ban on British travelers entering the U.S. is likely to last months. Fauci, a member of the White House coronavirus task force, told The Telegraph that the U.K. travel ban is expected to be lifted in “more likely months than weeks.” The infectious disease expert said the travel restrictions could last until a vaccine is ready, adding that it’s possible they are lifted sooner.

The other travel bans from the European Union, China and Brazil are also expected to last for “months” based on “what’s going with the infection rate,” Fauci said. The expert predicts the virus could “go on for a couple of cycles, coming back and forth... I would hope to get to some degree of real normality within a year or so, but I don’t think it’s this winter or fall.”

“This will end,” Fauci said, according to the newspaper. “As stressful and devastating as it is, it will end.”

Good to know. Now please go away, take Scarf Lady with you, and let the rest of us enjoy life.