Dance with the One That Brung Ya 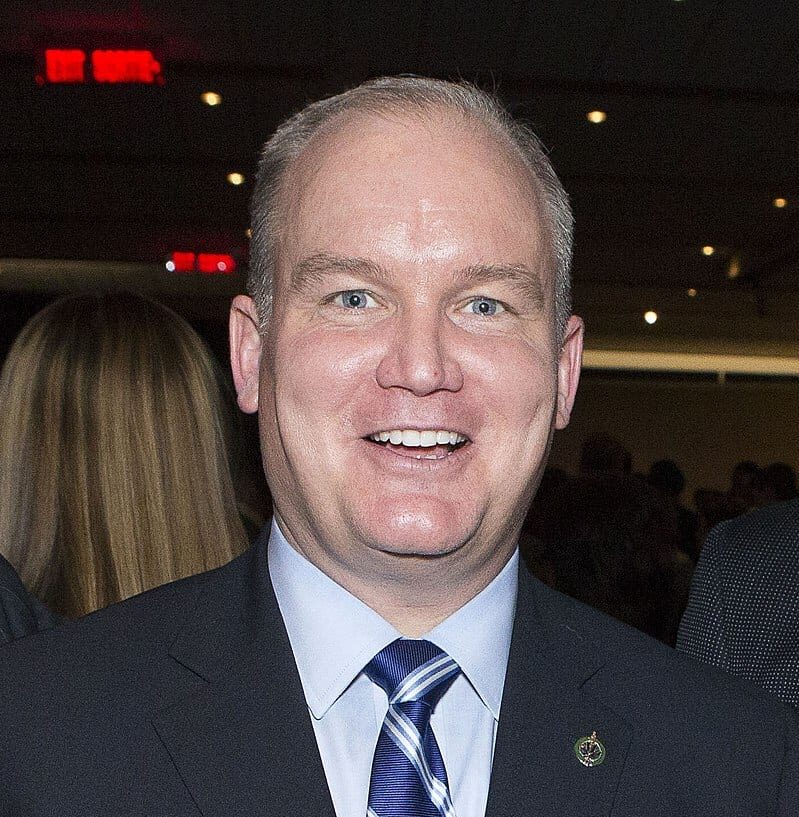 O'Toole himself ran as essentially the "Buckley Rule" candidate, referring to the founder of National Review's mid-'60s proclamation that his magazine would support "the rightwardmost viable candidate" in a given election. Despite his not-particularly-conservative voting record, O'Toole leaned hard on his military service during the campaign to sell himself as "True Blue O'Toole," manly patriot, not like progressive pretty boy like MacKay (who was famously named 'Canada's Sexiest Male MP' by The Hill Times in the early oughts, a fact which should have disqualified him from the start), who can actually hold Justin Trudeau to account in opposition (unlike Lewis, who doesn't yet have a seat in parliament) but is moderate enough (unlike, according to some, Sloan) to win a general election.

There's a lot of balancing going on in that pitch, one that sticks close to the political consultants' standard playbook: right-wing enough to win out west, centrist enough to pick up a few more seats in Ontario and then form a government.

That is, of course, a tenuous balance. That playbook also advises conservatives to go all-in on green initiatives to win in the Greater Toronto Area, and offer Western Canada... well, nothing. Except not being Trudeau that is. But western Canadians have a fiercely independent streak, and they've acted on it before, breaking off from the Progressive Conservative Party in the '80s (in rebellion against a Tory leader who they felt was unresponsive to their interests) to form the Reform Party, which supplanted the the P. C. Party within five years.

The "unite the right" movement of the early 2000s healed that divide and led to the creation of the modern Conservative Party, but it would be foolish for O'Toole to assume that's the end of the story. Consequently, O'Toole made it a point to launch his leadership campaign in Calgary, and he's racked up western endorsements, including from Alberta Premier Jason Kenney, who proclaimed that O'Toole is "committed to a fair deal for the West and a strong future for our resource industries."

Only time will tell whether that is an accurate assessment. O'Toole has been all over the place on the resource sector, initially calling for an end to fossil-fuel subsidies -- a questionable description of industry-specific tax deductions for one of the largest contributors to Canada's economy, especially since the so-called renewable energy industry against which it is competing wouldn't exist without massive government subsidies -- before backing away from that pledge. He's also advocated repealing the Liberal's carbon tax, which he pledged to replace with "a national industrial regulatory and pricing regime," essentially a carbon tax by another name.

Alberta's support was definitive in O'Toole's beating out MacKay, and as much as he's likely being told to break left right now to appeal to the Toronto suburbs, he should heed the advice of a fellow Ontarian, and "dance with the one that brought" him. Because Alberta's economy has been hit harder by Covid-19 and the lockdowns than any other, and western discontentment have the potential to tear the party and the country apart.