Of Pledges, Promises, and Pie-Crusts 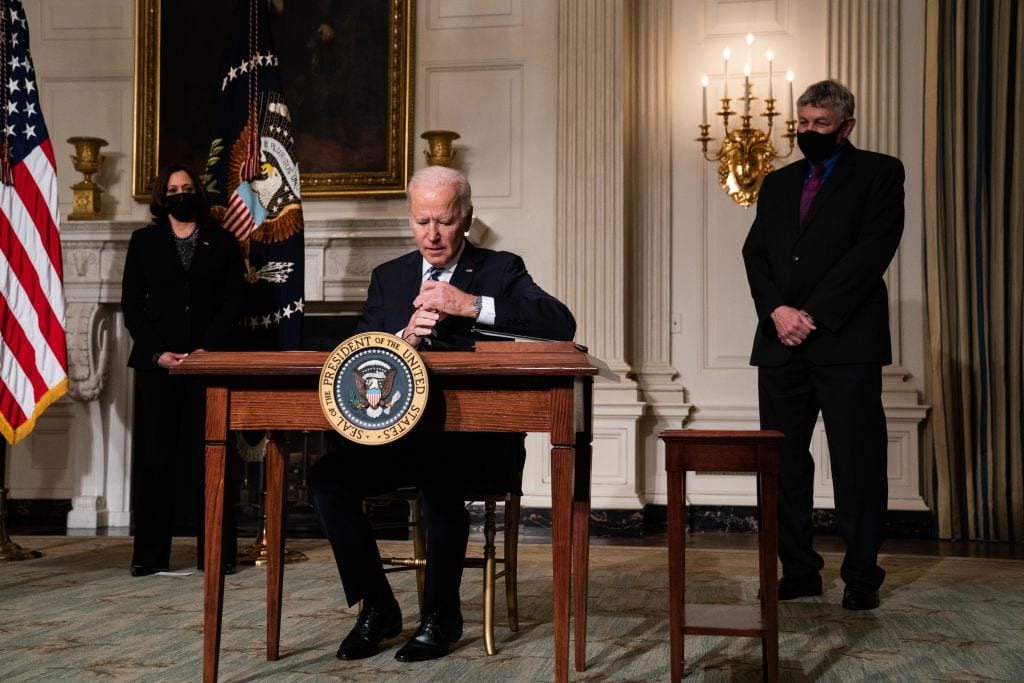 “Elections have consequences,” President Obama liked to say to journalists and political opponents when they objected to some of the policies he pursued as president. It’s a fair point, especially when a  presidential candidate has promised to introduce those policies in the party platform or campaign speeches.  It’s even got some force when he introduces policies that were never mentioned in the campaign but that can be plausibly presented as necessary responses to crises that no one foresaw earlier.

Governments are elected to cope with emergencies. It’s part of the job, and they need the flexibility to do so. But what about those policies that a political leader explicitly denied he would pursue if elected? A president can’t justify those policies by saying that elections have consequences if the policies are exactly the reverse of the what the electorate chose on election day when they voted for him. He has zero democratic justification for them. And if he wants to pursue them anyway, he owes the voters (and his defeated opponent) the courtesy of an explanation and apology.

That doesn’t happen very often, of course, but it should happen whenever election pledges are unceremoniously broken. Crude reversals of policies that were promised in the campaign undermine the unwritten contract between the voters and elected officials that votes are exchanged for pledges. It’s totalitarians who treat promises with contempt—for instance Lenin who famously remarked “Promises are like pie-crusts, made to be broken.” Democratic leaders are supposed to mean them and to abide by them.

Failing to meet this  obligation can sometimes get a political leader into serious electoral trouble. Britain’s 1960s-1970s Labour Prime Minister, Harold Wilson, got a bad reputation for infidelity to the electorate when he said of a particular manifesto commitment: “This is no lightly-given promise. It is a solemn pledge.” An opposition back-bencher, tongue firmly In cheek, asked him at Question Time if he could list for the voters which of his commitments were solemn pledges and which were lightly-given promises. Collapse of stout Prime Minister. 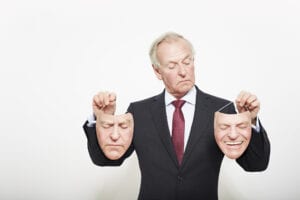 Which lie should I tell?

Which brings us to President Biden’s election pledge not to ban fracking—a method of extracting natural gas from deep underground by injecting water into rocks (my very non-technical definition.) That was an important pledge economically and politically. Economically, the so-called “fracking revolution” had made the U.S. energy-independent after decades of being held to ransom in foreign policy by Middle East and other foreign energy producers.

It had reduced American carbon emission levels more than any other major industrial power had done. It had made possible the switch from “dirty” coal to “clean” natural gas (hence the reduced carbon emissions.) And it had powered the massive recovery of the U.S. economy, delivering the highest rise in wages and salaries for poor and minority Americans for decades.

Politically, it was a potentially election-winning issue for President Trump in states such as Pennsylvania, Oklahoma, and Texas which had millions of workers to whom the fracking boom had given high levels of prosperity and a sense that America was back.

All in all it was a tricky issue for the Democrats and for candidate Joe Biden, in particular because his party’s powerful radical Left wing was strongly opposed to fossil fuels in general and to fracking in particular. As a result, Biden in the primaries gave the impression that he was opposed to fracking while in the general election he claimed to be in favor of it.

Thus, in a July 2019 exchange, CNN’s Dana Bash asked the former  Vice-President if there would be any place for fossil fuels, including coal and fracking, in a Biden administration. To which Biden responded boldly: “No, we would . . . we would work it out. We would make sure it’s eliminated and no more subsidies for either one of those, either . . .  any fossil fuels.”  Less boldly his campaign staff told the media that Biden meant that he intended to eliminate not fracking but government subsidies to oil and gas. 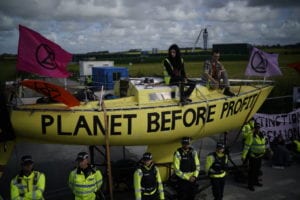 We can work it out.

Similarly, as the campaign got going, Biden said in a March 2020 debate with Bernie Sanders that he was against “new fracking” and afterwards his campaign again told the media that this referred to a ban on oil and gas permits on public. No promise to ban fracking here, folks, move along please.

Once the general election campaign arrived, however, the strategy dictated that Biden should now assure the voters, especially those in Pennsylvania, that he was a supporter of fracking and always had been. Biden did not make this claim personally, but because his campaign wanted to keep him out of the public view except when he could issue some soothing bromide to pacify the voters, the burden of presenting this case fell to his running mate, Senator Kamala Harris.

Though she had herself been a passionate fracking opponent, Harris had no difficulty in stating this argument in the most unqualified terms. “The American people know Joe Biden will not ban fracking,” she told Mike Pence in the October 7 vice-presidential debate. “That is a fact. That is a fact.”

It was not “a fact,” of course. And given how much calculation and choreography of lying went into the presentation of Biden’s positions on fracking in the two years of the campaign, it wasn’t exactly a lightly given promise either. It was a calculated attempt to confuse and deceive the American voter of an elaborate kind -- and therefore a lie.

Because of its obvious contradictions, it could hardly have succeeded in its deceptions as it did—see the Pennsylvania voting—if it had been critically examined by the media. The media participated in this deception, however, not only by not examining Biden’s policies critically but in a series of absurd "fact-checks" by actually protecting its contradictions. I am obliged to my National Review colleague, David Harsanyi, for neatly demolishing one attempt:

In a Forbes article, “Did Biden Break Campaign Promise On Fracking? No—And Here’s Why,” Rachel Sandler makes the acutely irrelevant observation that “the president does not even have the power to ban fracking nationally.” Biden, you see, is only banning the fracking he can ban. Which is tantamount to arguing that Donald Trump never supported a wall on the southern border because he didn’t have the power to unilaterally build it.

In his first few days in office, we now know, Biden set out to ban the kind of fracking he could ban. That was always going to happen because his larger promises to eliminate oil and gas in the U.S. economy “over time, over time” and to achieve net-zero carbon emissions by 2050 inevitably meant the end of fracking—and over a fairly short time period to boot.

And when the political costs of enforcing a lower standard of living on the American people through higher taxes, higher energy prices, and lowered competitiveness against a rising China bring on an electoral whirlwind, Biden or his successor will suffer all the odium of having made promises to the voters that, like pie-crusts, were made to be broken.