Of Carbon, Carbs, Keto, and Canada 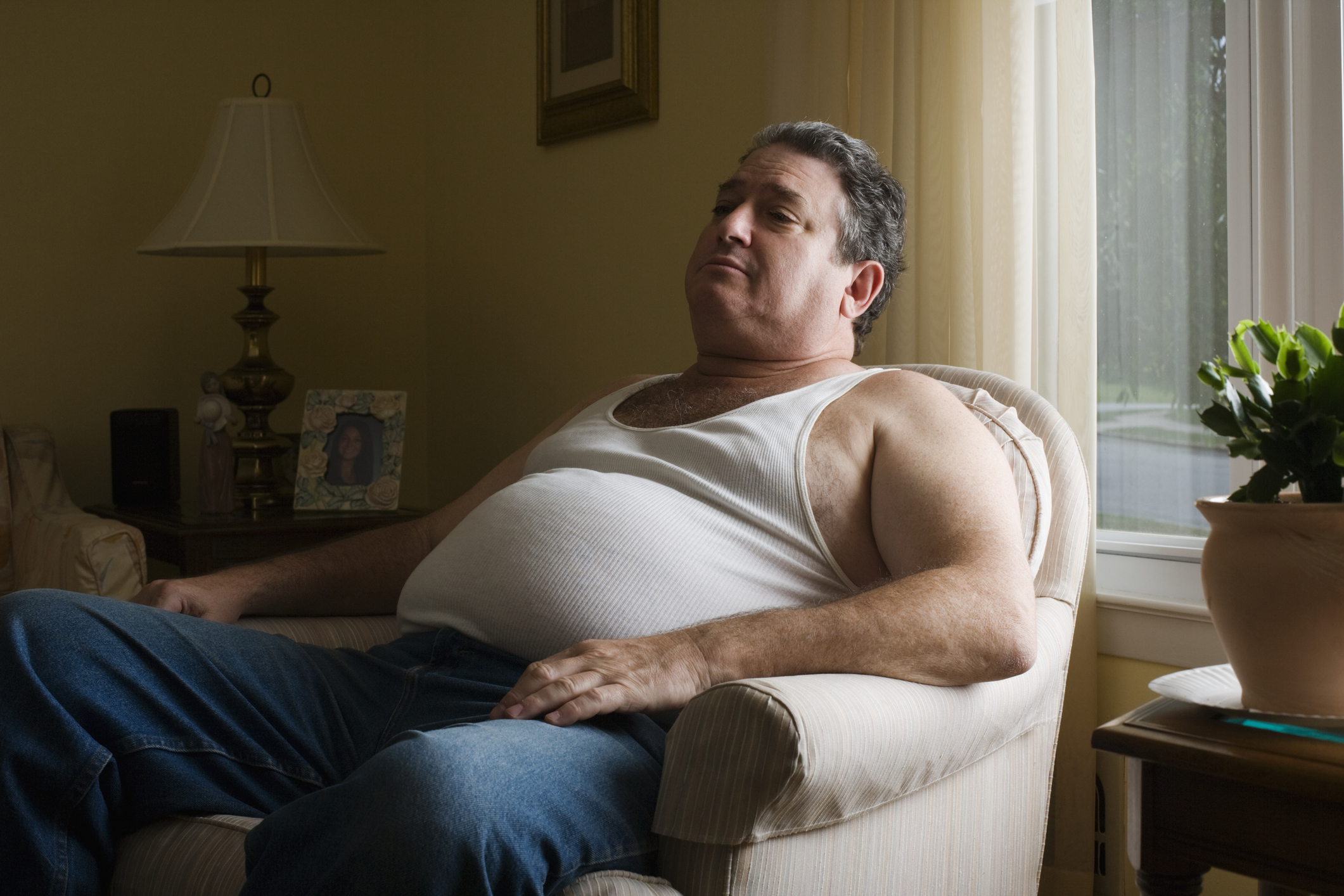 With glowing hearts we see thee rise, sort of.

Canada was once a hale and hearty country, or at least, it was not in excessively terrible shape, until Prime Minister Justin Trudeau decided it was packing too much weight, foundering on a surfeit of carbs. The only solution was to put the country on a high-rez, environmental keto diet. The keto diet, we recall, restricts carbs to 50 grams or fewer per day to promote a state of nutritional ketosis. The body will burn fat instead of carbs, thus producing energy, muscle tone and overall natural fitness. Of course, industrial keto has nothing to do with healthful outcomes—quite the reverse—but the analogy holds.

In terms of radical enviro-thinking, the nation will eliminate or reduce its reliance on carbon and will burn solar and wind to produce energy to power our homes and industries. The nation will then grow stronger, healthier and more productive, and the economy of the body politic will correspondingly improve. The problem with this hypothesis is that environmental ketogenesis has got it wrong way round. It is both ideologically dangerous and environmentally unsound.

For one thing, environmentally speaking, carbs are good. In his various books, The Skeptical Environmentalist, Cool It and False Alarm, Green skeptic and president of the Copenhagen Consensus Center Bjorn Lomborg contends that global paroxysms over the heating of the atmosphere are utterly misplaced. The planet is not facing a climate cataclysm. As Lomborg writes, “more CO₂ in the atmosphere has acted as a fertilizer and created a profound global greening of the planet.” 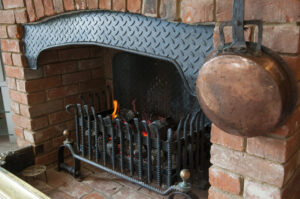 Similarly, in Heaven and Earth, geologist and University of Melbourne Earth Sciences professor Ian Plimer points out that CO₂ is a vital chemical compound that every plant requires to live and grow and to synthesize into life-giving oxygen. The vendetta against carbon can lead to no good.

Robert Zubrin’s Merchants of Despair and Michael Shellenberger’s authoritative Apocalypse Never effectively lay out the case for environmental CO2 as a crop multiplier and a benefactor of life and prosperity—a counterintuitive fact not understood by the myopic catastrophism of the global warming crowd. “Carbon dioxide from burning fossil fuels,” writes astrophysicist S. Fred Singer in his blockbuster Hot Talk, Cold Science, “becomes a natural resource for humanity rather than an imagined menace to global climate.” Singer’s examination of the relevant facts is convincing.

Carbon capture, carbon offsets and renewable energy subsidies amount to a fool’s errand. An environmentally-unfriendly, landscape-defiling, uglifying architecture of wind turbines and solar panels is not only largely unworkable and egregiously costly but actually futile. Neither the economy nor the backup electrical grid can sustain them for any length of time. The uncomfortable truth is that wind is capricious and sun prefers the tropics; air and light are non-dispatchable energy sources. The power-intermittency problem is crucial and baseload battery storage to solve the deficits is inordinately complicated, obscenely expensive and far from currently feasible. The aeolian fantasy persists.

These are facts that cannot be “fact-checked” or IPCC’d out of the physical record. Moreover, as Lomborg shows in The Skeptical Environmentalist, there is no dependable method of modeling an open system such as the earth, and there is no climate modeling system that can yield accurate predictions. The data insistently driving industrial keto are highly questionable. The advantages of carbs to the environment are not.

For another thing, the reduction in the percentage of atmospheric carbs owing to “Green technology,” carbon capture and punitive carbon taxes is infinitesimal. One of the few Canadian dailies that appears to have retained a measure of editorial independence, the Regina Leader-Post, reports that Canada’s new climate plan banking on carbon capture is a pipe dream. The newspaper quotes Julia Levin, senior program manager at Environmental Defence and author of the Buyer Beware: Fossil Fuels Subsidies and Carbon Capture Fairy Tales in Canada Report, who dismisses Canada’s climate strategy as “not at all realistic.”

The Leader-Post continues: “Carbon capture utilization and storage (CCUS) projects only capture 0.05 per cent of Canada’s greenhouse gas emissions, according to the new report, published March 31 by Environmental Defence.” Given exorbitant technology costs and the meagre emissions reductions they yield, the scheme is an administrative delusion. The global record is even worse, amounting to only 0.001 per cent of total emissions. To add injury to injury, in some cases carbon capture systems emit more carbon than they capture. 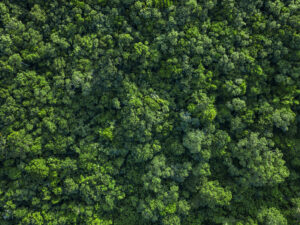 Lots of CO2 in this atmosphere.

As for carbon taxes, they do far more harm than good, being essentially a form of virtue signaling lavishly emitted by the Canadian prime minister. Their effect is to diminish productivity, raise prices, reduce disposable revenue and elevate the poverty index, all in order to materially change consumption behavior to medieval levels of scarcity. Carbon taxes have increased every year since 2019, when the tax was introduced at $20 per tonne of emissions, and will continue to rise annually up to $170 per tonne in 2030. Added to the rising cost of transportation, housing and food due to inflation, they represent a net loss for most households. Parliamentary Budget Officer Yves Giroux is very clear about the harmful effects of the tax: “When including the economic impacts as well, most are worse off.”

Carbon pricing especially hurts farmers deep in the pocketbook owing to the mounting expense of propane, fertilizer and transport. The fact is that Canada cannot feed itself without sufficient and high-capacity agriculture and a solvent farming community to harvest its product and move it to market, any more than it can heat its homes and keep a G20 nation running without fossil fuels.

It has been sensibly argued that a northern country like Canada subject to long and harsh winters is uninhabitable without ample and secure supplies of coal, oil and natural gas. As Energy Policy Analyst David Yager states in From Miracle to Menace, to believe otherwise “is against the reality of what is required to live in this large, cold and dark country for much of the year.” The trouble is, Yager says, that we Canadians are living in “a parallel universe where the basic laws of physics, common sense, reality and even basic honesty no longer apply... Canada’s self-appointed climate leadership role,” he concludes, “is a failure.” There can be no doubt that a viable economy is reliant on plentiful and readily exploitable energy and agricultural resources, development and experiment, for both domestic and export purposes, which we are now sacrificing to climate folly.

Indeed, the controversy around fossil fuels is merely academic. Belatedly realistic countries, despite their infatuation with renewables, will tap out of this particular bout against carbon. They may begin to look unfavorably on ESG investment of private pension funds in underperforming alternative fuels concerns. Conventional forms of energy, abetted by nuclear power plants, must necessarily be with us for the foreseeable future. There is no way around this reality unless we are willing to crash our economies and opt for endemic shortages of everyday essentials and a dramatically diminished lifestyle with little prospect of recovery. Interestingly, the U.S. Energy Information Administration (EIA) predicted in its 2022 Annual Energy Outlook that hydrocarbons “will increase through 2050 as a result of population and economic growth.” 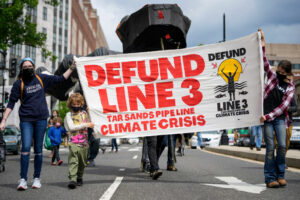 A virtue-signaling luxury Canada can no longer afford.

Canada, however, remains oblivious to such findings as it continues to believe in and advocate for renewables, which is merely whistling past the oilpatch. Should we improbably win the war against carbon, we will then have lost everything. Canada sees itself as the bellwether in an ostensibly noble fight that, in reality, garners nothing but parliamentary plaudits and massive corporate profit. As Rupert Darwall reveals in his must-read Green Tyranny, it is not Big Oil that is the villain of the piece; it is Big Green. Everyone else will suffer. The writing is on the factory gate. Energy costs, stemming from both foreign sanctions and a modicum of domestic production, are sending retail prices through the roof.

Any way one looks at it, the climatological keto diet is a prohibitive farce. Taking carbon out of the planetary ecology is a very bad idea to begin with. If the project is ever carried out to putative net-zero, the dieter will sicken and find himself on intimate terms with sparsity. As Ian Plimer argues with abundant evidence in his recent Green Murder, “It has never been shown that human emissions of carbon dioxide drive global warming”—which, as noted, is by no means a catastrophe but a benefit. We should take heed. Carbon deficiency means less fecundity, less productivity and less prosperity. It will likely mean famine in many parts of the world.

Canada had better wake up asap. As a country facing critical reductions all across the board—energy extraction, investment, jobs, household income, farming, manufacturing, GDP to debt ratio—we don’t need our clamorous Green saviors, Woke investors, faux-ethical functionaries, and ideological champions. They are completely dispensable. But we do need our carbs, which are not.

3 comments on “Of Carbon, Carbs, Keto, and Canada”