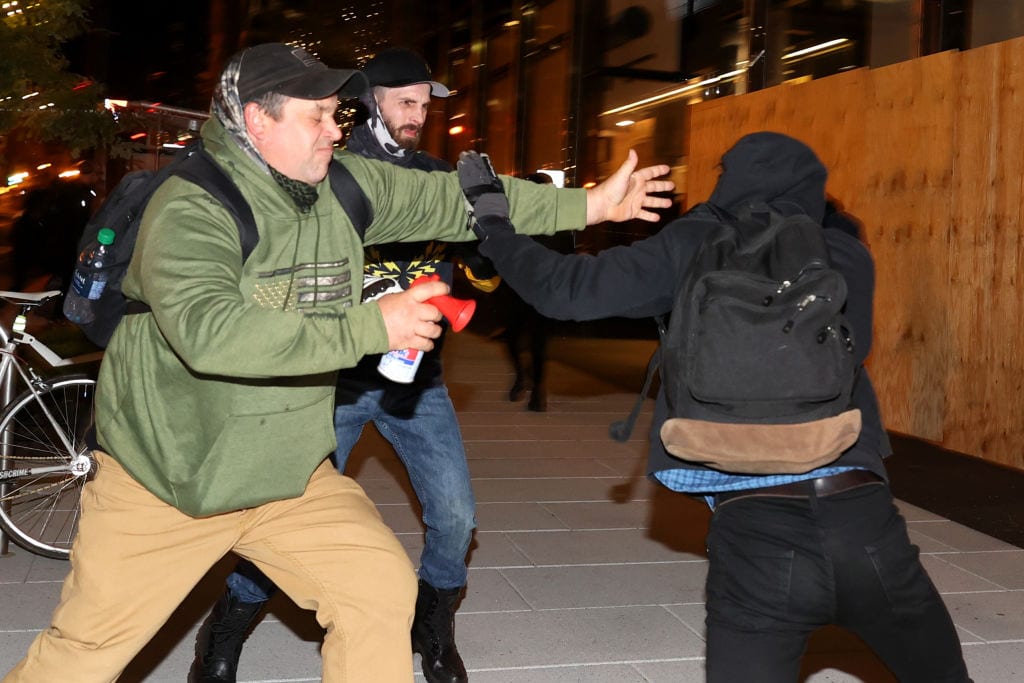 You're on your own, citizens.

There is a natural tendency in some people to search for the silver lining in every cloud, no matter how ominous that cloud may appear. Americans, it seems to me, are especially prone to this brand of sunny optimism, though perhaps not to the degree of past generations.

So it’s unsurprising that many of President Trump’s supporters, in assessing the odds against his success in challenging the election results, would be casting about in search of an upside to a Biden win should it come to pass. “Well,” such a person might say, “at least all those leftist mobs will be appeased now. At least we won’t have to deal with them anymore.” Alas . . . 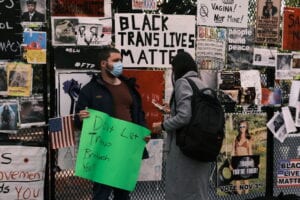 And yours does not.

The Los Angeles Times reported on Monday that anarchists in the capital of the movement, Portland, Oregon, have declared they have no intention of standing down, even with Biden’s apparent election. “F— Joe Biden!” a group of them chanted on the night of Nov. 8 as they set out on a march to the office of the Multnomah Democrats, which they proceeded to vandalize.

A photograph accompanying the story shows the mob evincing no worry of police response or of any potential consequences for their actions. (Remarkably, they stopped short of setting the building on fire, which the optimists among us may see as a hopeful sign. My prediction is that the building is torched before the year is out.)

Another photograph accompanying the story is more chilling. Anarchists are shown holding a banner which reads, “WE DON’T WANT BIDEN—WE WANT REVENGE!” with the lettering done in black with the exception of the word “REVENGE,” which is printed in blood red. Below the lettering are examples of Antifa symbology, including an AK-47 rifle, the Soviet Union's weapon of choice for Marxist revolutionaries around the world.

Well, some might say, that’s just Portland, which everyone knows is a wacky town. True enough, but look at what happened in Washington, D.C., on Saturday. Many thousands of Trump supporters gathered and marched to encourage the president and express their skepticism of the officially announced election returns. Whatever one may think about these opinions, it is indisputable that these people had the right to peaceably assemble and express themselves in this fashion, regardless of how that expression may run counter to that of our political and media elites.

And it must be noted that the march was not just “mostly peaceful,” as those same political and media elites describe so many leftist protests that result in looting, vandalism, and arson. It was entirely peaceful, that is until the marchers were set upon by roving bands of BLM and Antifa thugs who, like packs of hyenas, attacked unfortunate Trump supporters who had straggled from the safety of the larger group, stealing their hats, flags, and in some cases committing felony assaults against them. 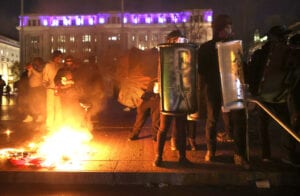 Can you hear the people sing?

As is their wont, mainstream media outlets called these incidents “clashes” between opposing groups, as though there were some doubt as to which side instigated the violence. Typical was CNN, whose report begins thus: “Anti-Trump protesters clashed with supporters of the President and law enforcement Saturday evening in the nation’s capital as they tried to make their way to a hotel where Trump supporters were staying.”

One can well imagine how CNN and their ilk would report matters if there had been even the slightest evidence that Trump loyalists had been the aggressors in these “clashes.” Indeed, though CNN was meticulous in naming the Proud Boys and the Three Percenters among the Trump supporters, implying without actually stating that these groups were the source of the troubles, nowhere in their report will you find any reference to Antifa or Black Lives Matter.

This is the type of willful blindness that arouses suspicion and contempt of the mainstream media among conservatives, even those who under ordinary circumstances would be disdainful of groups like the Proud Boys but nonetheless would stand with them if forced to choose between them and the Marxist attack squads seen terrorizing senior citizens, women, and children on Saturday.

All of which raises the question: Now what? Will the 73 million Americans who voted for Trump, even those who never considered attending a rally or sporting a MAGA hat, will they allow themselves to be abused in public by these self-appointed monitors of public discourse? If we assume Joe Biden is sworn in as president on January 20, dare we also assume he will make any effort to tame these violent fringes of the far left?

How many more times will we see people accosted on restaurant patios and bullied into repeating some favored phrase or raising a fist in feigned solidarity with those who would upend the tables (or worse) if the diners fail to comply? There is little in Biden’s lengthy career to suggest he would so much as utter a mild condemnation of these tactics, much less lift a finger to stop them. Never a man of any discernible principles or convictions, Biden has become even more of a political windsock in his old age, and within his party the wind is blowing hard leftward.

Outside his party, not so much. But sadly those 73 million Trump voters are coming to realize that America’s police, at least those in major cities, are being rendered powerless to stand in the way of this thuggery. Our large cities are governed by people whose sympathies are aligned with those of the thugs, and cops are finding that even when they are allowed to make arrests in cases of political violence, the perpetrators are released without bail and prosecutors decline to file charges. Unsurprisingly, police officers are asking themselves, “Why bother?” 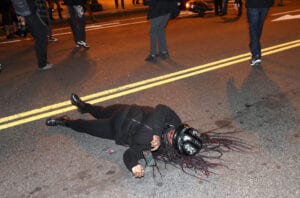 BLM down: is turnabout fair play?

With the collapse of these traditional safeguards, Americans find themselves increasingly on their own in matters of self-defense. Fortunately, at least until the leftists can devise a way around it, the Second Amendment still stands.

I don’t intend anyone to take this as an endorsement of vigilantism or of disproportionate response to being hectored on the street, but we have seen, most recently in Washington, D.C., but also in many other cities during these months of protests, incidents in which innocent people have been knocked unconscious, menaced with weapons, or forced to flee for their lives under a hail of potentially deadly fireworks and other explosives.

Any American has the right to use reasonable force to defend himself against such attacks. It’s time we saw more of them do so.

One comment on “If the Police Won't Defend You, Defend Yourself”