If At First You Don't Secede... Wexit 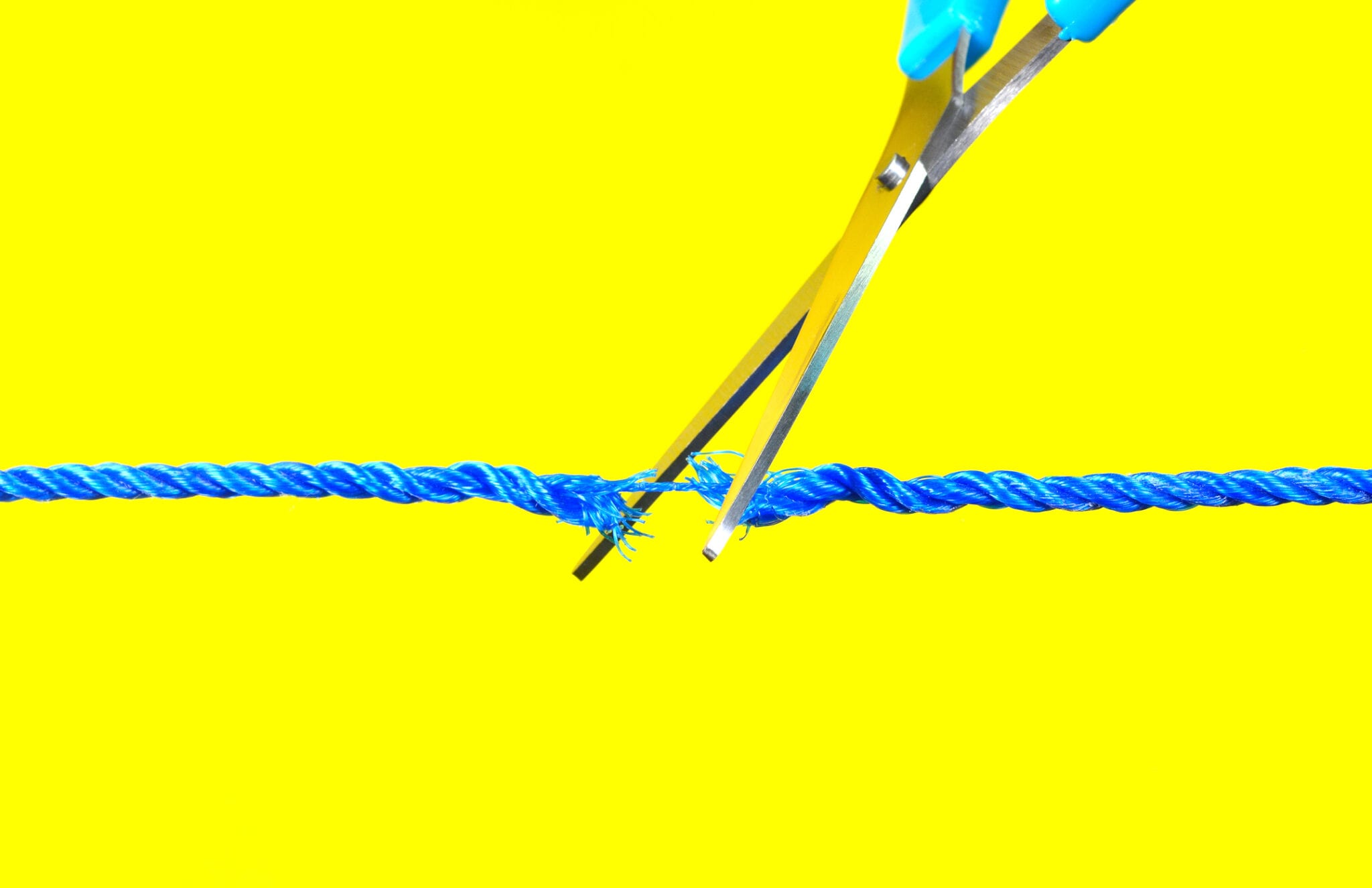 The ties that no longer bind.

The idea of secession seems almost inevitably to surface in times of national turmoil, political disarray, ideological and ethnic pillarization and economic resentment. In the wake of the Great Fraud, aka the 2020 American election, there is a whiff of secession in the air.

Rush Limbaugh worries that America is “trending toward secession.” Texas GOP chairman Alan West suggested that law-abiding states should “bond together and form a union of states that will abide by the constitution.” Though he asserted “I never say anything about secession,” the implication was certainly present. Texit is in the wind. Rep. Kyle Biedermann (R-Fredericksburg) said “I am committing to file legislation this session that will allow a referendum to give Texans a vote for the State of Texas to reassert its status as an independent nation.”

Canada has undergone two secession movements originating in the province of Quebec, based on a founding schism between two distinct peoples—which novelist Hugh MacLennan called the “two solitudes” in his book of  that title—culminating in a clash between two legal traditions, Quebec’s Napoleonic civil code and the ROC’s (rest of Canada) common law, and two languages, French and English.

Two referenda were held, in 1980 and 1995, the second defeated by the narrowest of margins, 50.58 percent to 49.42 percent. It is hard to say if separation would have been a “good thing,” whether Quebec would have prospered and Canada grown more coherent. I would hazard that the first prospect would have been enormously improbable, the second at least remotely possible. 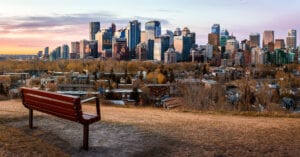 Sunrise in Calgary? Or sundown?

The independence movement is alive today, but in another province. Alberta, which is Canada’s energy breadbasket, has suffered egregiously under the rule of Eastern Canada’s Laurentian Elite, beginning in modern times with Prime Minister Pierre Trudeau’s low-pricing, high taxing National Energy Program (NEP) in 1980, which devastated Alberta’s oil industry.

According to the BOE report, “Economic disaster quickly followed. Alberta’s unemployment rate shot from 4% to more than 10%. Bankruptcies soared 150%.” Home values collapsed by 40 percent and the province plunged into debt. The debacle has climaxed with son Justin’s Green-inspired economic destruction and effective shutdown of the province’s energy sector. Unemployment has risen to more than 11 percent, thousands of residents are leaving the province, debt is soaring and cutbacks have severely impacted daily life.

As a result, a potent secession movement, known as "Wexit," has gathered momentum and solidified into a new political party. In addition, the Wildrose Independence Party of Alberta registered as a political party on June 29. Its platform includes asserting the independence of the province, redefining the relationship with Canada, developing natural resources, and creating a Constitution of Alberta.

After having increased the job-killing carbon tax during—of all times!—the COVID pandemic and lockdown that had already pulverized the nation’s economy, prime minister Justin Trudeau has announced he will raise the tax almost sixfold to $170 per tonne by 2030, thus breaking the Liberal government’s promise “not to increase the (carbon) price post-2022.” According to the Toronto Sun, “That will increase the cost of gasoline by about 38 cents per litre, plus the cost of home heating fuels such as natural gas and oil.”

And according to Kris Sims at the Sun, “Based on the average annual use of natural gas in new Canadian homes, it would cost homeowners more than $885 extra in the carbon tax.” Filling up a light duty pickup truck will cost a surplus $45 per tank, and an extra $204 for the big rigs that deliver dry goods and comestibles. But that “won’t be the end of the increased cost the Canadians will face, starting with a $15 billion government investment in other climate change initiatives.”

All Canadians will be hard hit, but Albertans, who once fueled the engine of Canadian prosperity and who have the resources to do so again, will feel the provocation and injury even more profoundly. As Rex Murphy writes in the National Post, it is “the province that carries most of the weight, bears the most pain and has the least say in this mad enterprise.” The tax, he continues, will “injure the very farmers who have been stocking the supermarket shelves during COVID, put oil workers (at least those who still have jobs) out of work, increase the cost of living for everyone, place additional strain on the most needy and antagonize a large swath of the Canadian public.”

Kyle Biedermann is on the money when he says that “The federal government is out of control.” This is as true of Canada as it is of the United States, at least with respect to the major agencies of government. For this reason, I support the secession movement in Alberta. The province has no alternative if it is to survive a faltering and repressive Confederation saddled with an out-and-out Marxist prime minister, a de facto alliance with Communist China, an infatuation with an unworkable and unaffordable tax-subsidized Green technological program, a $400 billion deficit, a national debt exploding past the $1 trillion mark, and, in short, nameplate disasters like Trudeau’s A Healthy Environment and a Healthy Economy cabaret.

This new carbon tax will throw a spike in the heart of the oil and gas industry. Keep in mind that it is but the most recent in a long string of policies designed to hamstring the industry, block its exports and drive investment out of the province.

For Alberta, it’s leave or die. Other provinces may eventually have to follow the same route as Canada disintegrates under the brazen incompetence and global-socialist doctrines of the current administration, with no relief in sight.

As oil executive Joan Sammon writes, “Inexpensive energy is imperative for a thriving economy, manufacturing excellence, economic mobility, job creation and a future of prosperity.” Clearly, there must be citizen pushback against the economy-killing decrees of a myopic and virtue-signaling government. People must put pressure on their elected representatives to resist the deliberate dismantling of the free market that will cost them the life of material abundance and comfort they take for granted. They must rid themselves of their infatuation with leftist memes, policies and hypocrisies.

I have a neighbor, a staunch adherent of our high-taxing, socialist administrations, who drives across the border to the U.S. to fill up her car at around one third the domestic price of fuel. She remains oblivious of the cognitive dissonance that governs her practice. Such thinking and behavior are what qualify as ultimately “unsustainable.” 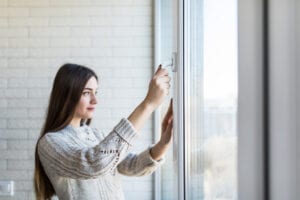 It's now or never.

The industry, too, Sammon writes, “needs to take back control from the preaching class and remind them that their lifestyles have been brought to them by the men and woman of the oil and gas industry.” The “green zealotry” that drives their anti-market efforts will destroy Alberta and lead eventually to the economic collapse of the entire country. Alberta, however, is at present the only province with a robust secession movement and, given its resource-rich milieu and the independent character of a large segment of its inhabitants, the only province in a position to save itself.

In any event, the message to Alberta is simple and straightforward. If at first you don’t secede, try and try again. The Overton Window is closing fast.

One comment on “If At First You Don't Secede... Wexit”