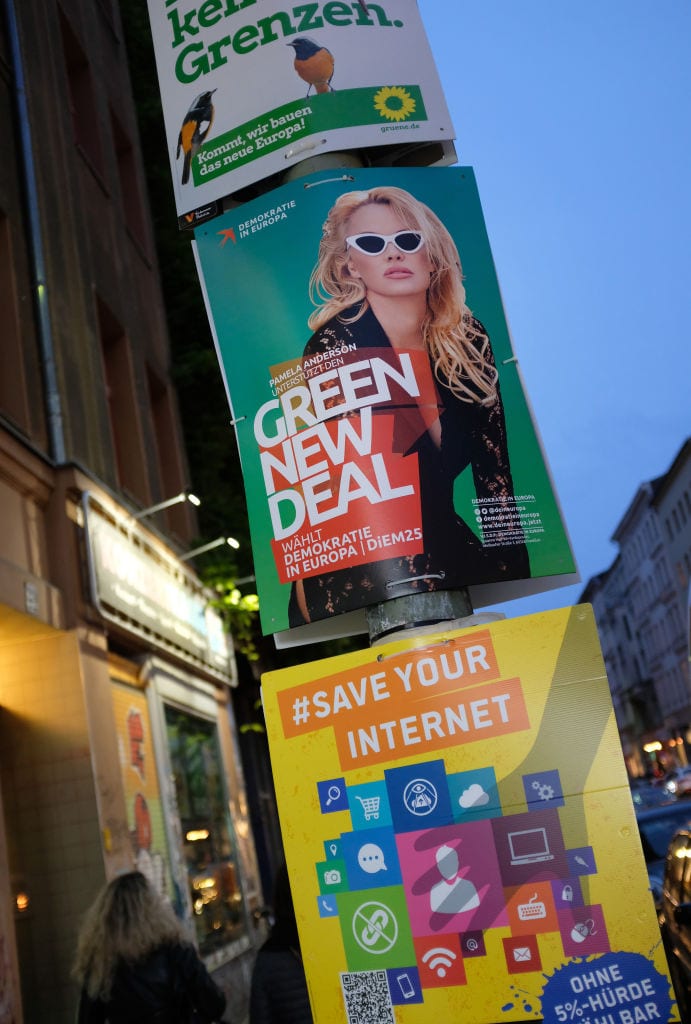 One birdbrain to another: "Come! we're building the new Europe."

Or knocked it off the front burner, at least:

The coronavirus crisis calls for an urgent review of Germany's climate targets under goals set by the European Union, the leader of the economic council of the conservative Christian Democrat party (CDU) said on Saturday. The COVID-19 pandemic is "putting the German economy to the test," and the EU should consider a "deferment of climate policy targets," Wolfgang Steiger said in comments published in the German newspaper Süddeutsche Zeitung.

Steiger said the fallout from the pandemic on the economy could amount to a new "de-industrialization" of Germany. Experts are predicting a global recession as a result of the business shutdown and subsequent layoffs.

The EU's ambitious 2030 climate goals include a 40% cut in greenhouse gas emissions from 1990 levels and at least a 32% market share for renewable energy. European Commission President Ursula von der Leyen has pledged that a large amount of the bloc's budget would go towards achieving the EU Green Deal.

Deferring this ruinous course of action would seem to make sense. Germany is loath to give up its ongoing Wirtschaftswunder, which has seen it go from wartime ruination to postwar industrial powerhouse. To destroy a 75-year record of achievement in order to attend to an imaginary future crisis when confronted with a real one in the here and now would be crazy. But fear not, Germany still has plenty of crazies:

However, Germany's environment minister, Svenja Schulze, warned against "connecting climate protection and economic prosperity." It may be possible "to use the exit from the corona crisis to promote climate-compatible and sustainable economic structures," she said.

The radicals, of course, want to go farther, faster:

Jennifer Morgan of the environmental activist group Greenpeace is among those who believe the coronavirus pandemic has laid bare the weaknesses of the global economic system. "We are being offered the chance to fundamentally change how things work," said Morgan of the shutdown brought about by the health emergency.

In a meeting on March 26, EU leaders invited the commission to start working on a comprehensive coronavirus recovery plan, incorporating green transition.

Never let a crisis go to waste, indeed. As the Western world emerges from its China-induced economic coma, we need to be vigilant lest the patient, in a still-weakened state, fall prey to an even more insidious and destructive disease, cultural and economic Marxism disguised as "environmentalism."

4 comments on “How the Wuhan Virus Stopped Global Warming”