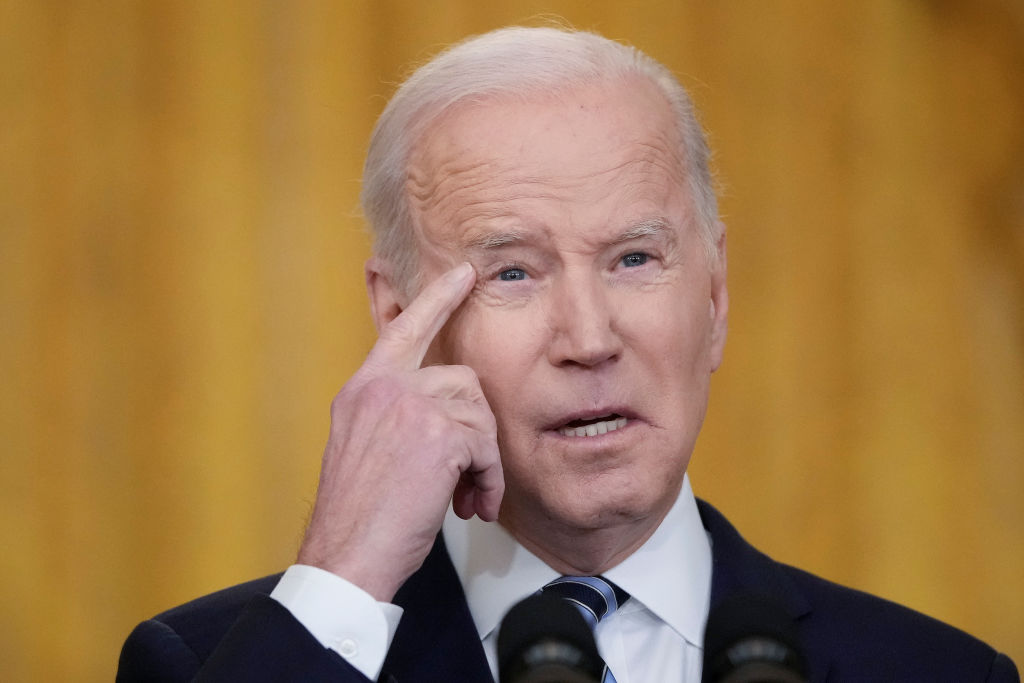 SCOOP: House liberals to urge Biden to declare climate emergency, ban drilling on federal lands as part of a sweeping executive order plan to be released by @USProgressives this week https://t.co/eoBijpcjQc

Progressive Caucus member [Jared Huffman] told me calling on Biden to declare a climate emergency is one of the “centerpiece” actions to headline their EO plan. A draft of the plan I saw also calls for Biden to ban oil/gas drilling on public lands and end fossil fuel subsidies... [Rep. Huffman] told me the national emergency declaration would unlock Biden's authority to invoke the Defense Production Act in order to build more renewable energy and heat pumps to ease the strain in oil and gas markets that has been caused by Russia’s war in Ukraine.

"Never let a crisis go to waste," said Rahm Emmanuel, but this is ridiculous. They're proposing to disrupt and reorient the American energy industry on a massive scale away from reliable energy sources and towards unproven ones in the midst of an energy crisis! This plan -- particularly the total ban on oil and gas drilling on public lands -- would provoke a recession at least, and maybe worse. And this at a time when Covid policies and inflation have left the U.S. economy in a precarious state. No wonder their fellow Democrats are reluctant to go along.

Thus far the White House has given the environmentalists basically everything they've asked for, but they would be wise to take a cue from Congressional Democrats and ditch this proposal. It isn't like they have a lot of voter support to play with -- Joe Biden has been under water for some time now, with recent poling putting his disapproval rating at 57 percent. Sure, Biden is not on the ballot in the fall, and the CPC is most likely assuring him that by the time 2024 rolls around, gas prices will be old news.

Hopefully Joe's not dumb enough to buy it. First of all, it looks like congressional Dems are in for quite the shellacking in November, so much so that thus far thirty-one Democratic representatives have announced that they're not seeking re-election. Giving the Progressive Caucus even half of their his ask would turn a normal loss into an historic loss. And second, these problems aren't going to just go away. Biden's early years in the senate -- half a century ago, if he can remember them -- should serve as a warning about what oil prices and inflation can do to a country and political careers. They have a tendency to take up all of the political oxygen, center stage in debates about every issue. Biden should be doing whatever he can to combat them and avoid the Jimmy Carter curse. Following Rep. Huffman's advice will make things much worse.

Calls for a "climate emergency" declaration are a Hail Mary pass for the "progressives." If he has any sense left at all, President Biden should drop the ball.