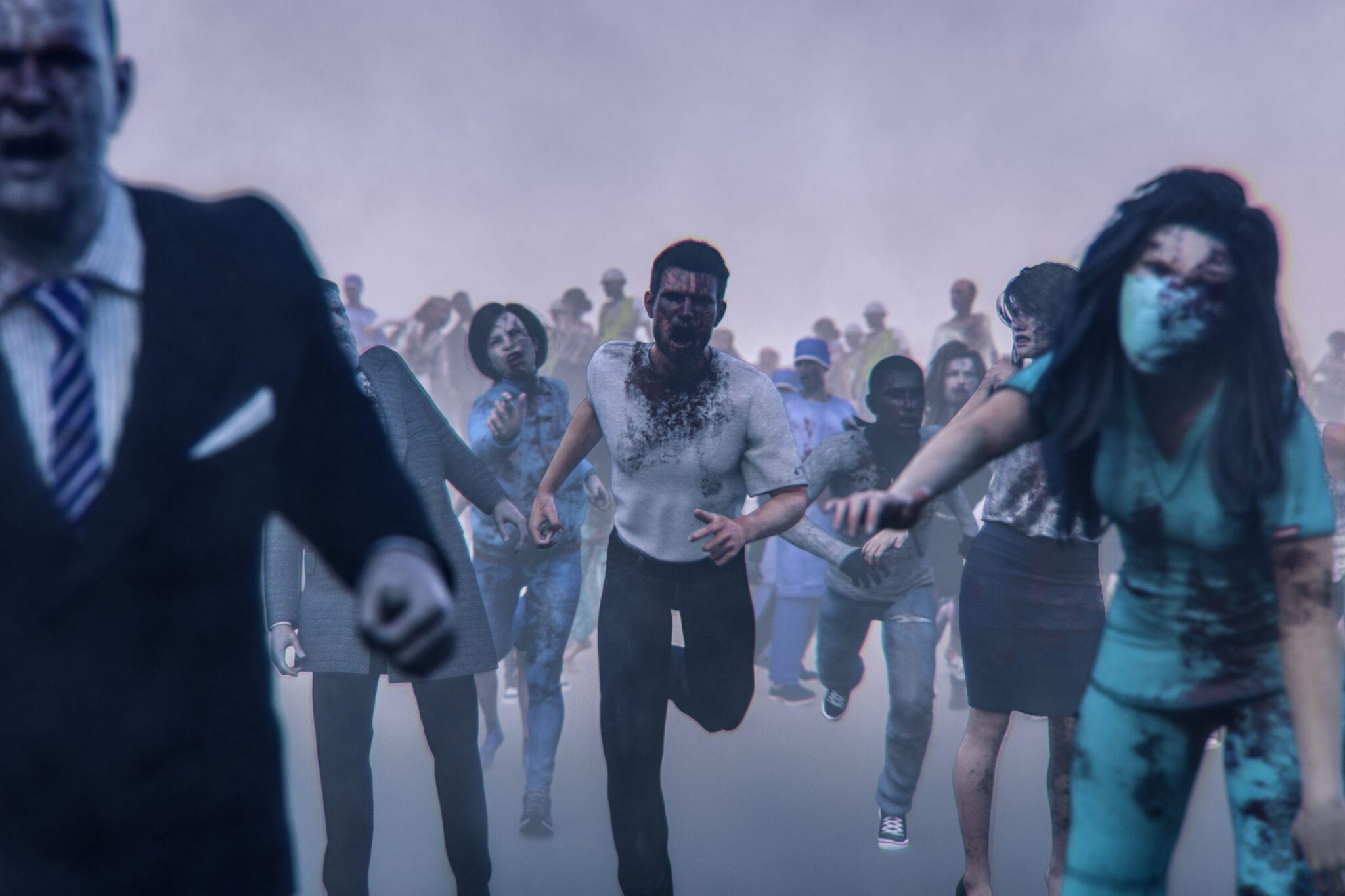 Richard Feynman wrote “science is the belief in the ignorance of experts,” and nothing could demonstrate that point more readily than the public’s growing disaffection with the experts of the public health apparatus --  the WHO, the CDC, and Dr. Anthony Fauci. Their proscriptions (often conflicting) respecting the handling of Covid-19 were simply not “scientific.” They were, in fact, nothing more than guesses which did not work out. Not that that stopped them from silencing those whose experience, both medical and non-medical, contradicted their guesswork.

Ignoring cost-benefit analysis and utterly discounting the contradictory experience of thousands of medical doctors who were actually treating patients with the dreaded Covid, they’ve wreaked havoc and hardship throughout the world and doubtless contributed to many more deaths than necessary. Unfortunately, much of the media still insist that their actions were based on pure science, and many of our fellow citizens -- driven to neurosis by it all -- have been propagandized to thinking this is akin to the Black Death.

It’s hard to know where to even begin answering this. 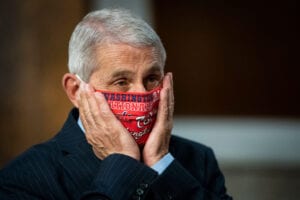 Let’s start with masks -- virtue signalers and tyrants alike love them, since they broadcast submission and compliance to the world. Of course, the masked Karens of the world also enjoy hounding the noncompliant. In the beginning of the Covid spread here Dr. Fauci said masks weren’t needed. Later he said they were, and that his earlier statement was based on a fear there would be too few available to medical personnel. In fact, they are useless as presently designed and worn by the general public, as Dan Formosa explains:

A coronavirus virion (particle) is spherical, averaging around 125 nanometers in diameter. Compare that to bacteria’s 1,000-nm size. It’s a grape compared to a grapefruit. A surgical mask whose purpose is to block bacteria will do little to prevent passage of the smaller coronavirus particle. That’s why N95 masks, which block 95% of all airborne particles, are the gold standard in hospitals treating Covid-19 patients. They have a much more selective filter.

But even N95 masks are flawed. Before coronavirus, my team and I investigated whether N95 masks could be a viable alternative to standard surgical masks. Interviews with doctors and nurses at several hospitals at the time revealed that N95 masks were rarely used or supplied. The overwhelming majority of healthcare workers I spoke with had never worn one. They are more expensive than surgical masks, they’re harder to breathe in, and medical workers deemed them unnecessary for most procedures. (Keep in mind that masks protect in both directions. They protect the wearer from airborne particles or splash, and protect the patient from contamination by the surgical staff—the latter is especially important in procedures that require deep incisions.)

I have some, purchased when it was feared after 9/11 we would be hit with an anthrax attack and we were encouraged to get them. Everyone else I see wears masks virtually useless for the purpose of preventing viral infections. Recently released evidence from CDC bears this out.

A Centers for Disease Control report released in September shows that masks and face coverings are not effective in preventing the spread of COVID-19, even for those people who consistently wear them. A study conducted in the United States in July found that when they compared 154 “case-patients,” who tested positive for COVID-19, to a control group of 160 participants from the same health care facility who were symptomatic but tested negative, over 70 percent of the case-patients were contaminated with the virus and fell ill despite “always” wearing a mask.

With the mask requirements and much else Covid related, another Richard Feynman admonition comes to mind, "If you thought that science was certain -- well, that is just an error on your part." 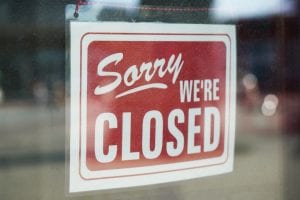 The most absurd move was to lock down states and countries in the belief that would stop the spread of Covid-19.

President Trump never urged more than a temporary lockdown in order to manage scarce resources, such as ventilators, and protect health workers from an illness the experts warned would otherwise overwhelm existing health services. State governors and other countries, however, made these restrictions long term and only recently did the WHO advise against this -- long after irreparable economic was wreaked harm around the world.

WHO envoy Dr. David Nabarro said such restrictive measures should only be treated as a last resort, the British magazine the Spectator reported in a video interview. “We in the World Health Organization do not advocate lockdowns as the primary means of control of this virus,” Nabarro said. “The only time we believe a lockdown is justified is to buy you time to reorganize, regroup, rebalance your resources, protect your health workers who are exhausted, but by and large, we’d rather not do it.” Nabarro said tight restrictions cause significant harm, particularly on the global economy. “Lockdowns just have one consequence that you must never, ever belittle, and that is making poor people an awful lot poorer,” he said.

Public health services are demanding we close non-essential businesses and keep six feet apart at all times. On what basis? None that I can see. Michael Thau cites some scientific studies that refute any basis for these commands, and maintain that there is no “solid basis for ANY social distancing measures.”

We have cases where the viruses traveled across oceans, infecting people in Antarctica while they were in their 17th week of isolation; and those aboard an Argentinian naval ship “after 35 days at sea which had been preceded by 14 days of isolation for everyone on board.” This make-believe perimeter was set at the same time most U.S. jurisdictions kept only megastores open which to my (and Thau's) mind only increased the possibility of viral transmission. In smaller neighborhood shops it would seem there would be fewer opportunities to come in contact with the virus. 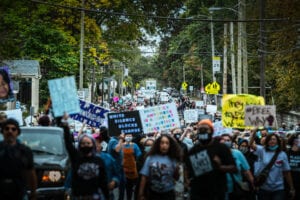 Not the Black Death.

Why are so little of these conflicting reports making it to public attention? Thau reminds us that Harvey Risch, a professor epidemiology at Yale University with a distinguished career in the field, has accused Dr. Fauci of lying about the effectiveness of hydroxychlorquine and influencing the suppression of its use because he, and others in the public health bureaucracy, are “in bed with other forces that are causing them to make decisions that are not based on the science and are killing Americans.”

I know you remember President Trump early on suggesting that this drug , long used safely to treat other ailments like Lupus, might be effective in combating Covid. Maybe you even remember the claim by Dr. Fauci that it was proven ineffective. Actually, it wasn't established to be so at all. Physicians (hundreds in the U.S. and thousands worldwide) were using it successfully when administered along with zinc and azithromycin. The public was led astray by Dr. Fauci who appeared to rely on trials where the HCL was not administered within the 5-7 days after symptoms first appeared (the effective window) or where it was administered alone without the rest of the drugs necessary for the cocktail.

Interesting that the media ignores not only the work of Dr. Risch and the hundreds of doctors with extensive hands-on experience, but also Nobel Prize-winning biophysicist Michael Levitt. These people describe Fauci’s lockdown advice as a “mass casualty incident.”  There is now a large-scale pushback on Fauci’s policies known as The Great Barrington Declaration. It was authored and signed earlier this month by Dr. Martin Kulldorff, professor of medicine at Harvard; Dr. Sunetra Gupta, Oxford epidemiologist and Dr. Jay Bhattacharya of Stanford Medical school. More than 13,000 medical professionals have also signed it, along with more than 176,000 members of the public by mid-September -- and the number keeps growing. They call for an end of the lockdowns; removing quarantines from all but the sick; isolation only of the vulnerable and allowing the young and healthy to proceed with caution.

Does the quackery at the top and the suppression of empirical evidence remind you of the global warming/climate change saga? It does me. 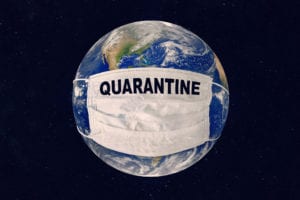 It all makes sense now.

Meanwhile, publications like the Washington Post have started to take a sick pleasure in highlighting the Covid neuroses which they themselves have inspired with their coverage.

Because the demographics of those terrorized by the virus and fearful of re-opening the country and returning to normal would appear at first glance to be the very same people who watch CNN, MSNBC and read the Washington Post, Los Angeles Times, and the New York Times.

There are, however, signs that this Fauci-engendered nightmare may soon be over. New York Times science reporter, Donald G. McNeil Jr., reports that treatments are improving every day, and vaccine development is moving along much faster than was previously expected, both helped along by the Trump administration’s Operation Warp Speed. Moreover, economists are predicting a rapid recovery.

The press will have to find something else to keep the populace in a state of full-blown hysteria when that happens. In the meantime it is probably a good idea for healthy people to do some common sense stuff, such as avoiding crowds, washing your hands more frequently, and taking dietary supplements (especially zinc and Vitamins C and D). But don't pay attention to Dr. Fauci. Listen to the president instead, specifically the phrase which drove so many leftists insane: "Don’t be afraid of Covid. Don’t let it dominate your life."

And for heaven's sake, calm down.

22 comments on “Fear The Walking D(r)ead”