Extremism in the Pursuit of Economic Madness 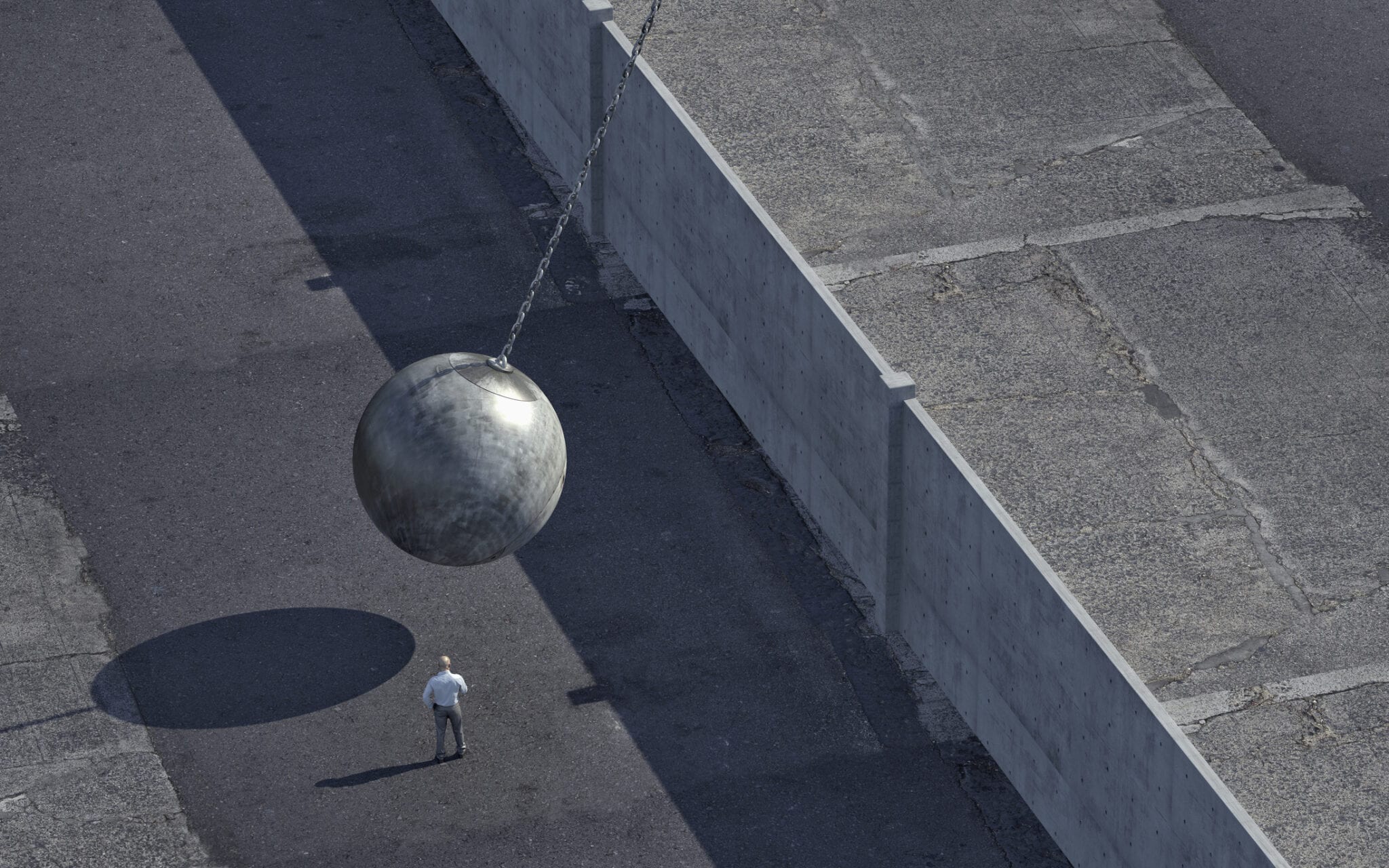 Cruising for a bruising.

You don’t know it yet, although you think you do, but there is a great smash-up ahead of us when the extremist green policy of “Net-Zero” hits the West’s voters square in the solar plexus. The reason you think you know about this smash-up is because a vast array of Green pressure groups and activist organizations have combined to persuade you that you are already facing a completely different kind of smash-up.

They preach that unless you give up eating meat, fly less (or not at all), abandon your car for a slower and more expensive one, throw out your gas heaters for electric storage heaters that don’t actually keep you warm, and in general live more like a mendicant Buddhist, then a horrendous climate emergency will ensure that the world will end last Tuesday.

Last Tuesday? Surely not. But the correct answer is yes. We have already passed the dates of several environmental Armageddons and Goetterdammerungs that had been predicted by a long list of people and organizations from Extinction Rebellion  to Prince Charles to the New York Times (passim) to the United Nations to the CIA. Here's one of several lists of such false predictions:

And here’s the Guardian in 2004, waxing gleeful that President Bush will be embarrassed by a report from the CIA that Britain will be suffering a Siberian climate along with many other ills across Europe and the world by, er, last year.

No one apologizes for these self-confident errors when the world fails to experience the catastrophes they have forecast, and a week later another warning of imminent doom is posted to a loud chorus of demands for action NOW to prevent it. Anyone who points this out is condemned as a science denier, and nothing he says need ever be listened to again. 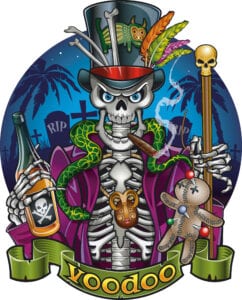 Do that voodoo you do do so well.

This would be a comedy of sorts if these false alarms had not persuaded governments and international agencies to prepare hugely expensive programs designed quite deliberately to make their industries’ costs much higher and their citizens poorer in order to ward off the anger of Gaia. Net-Zero is the name of one of those programs and as governments concede, it will require a very considerable belt-tightening on the part of ordinary citizens (aka voters.)

In short the real smash-up looming ahead of us will be what happens when the Net-Zero program actually reduces the living standards of the voters, some very substantially, starting in the next decade with the U.K. phasing out of petrol-driven cars, effectively compelling them to switch to more expensive electric vehicles.  For though voters have seen their living standards cut before by foolish policies, this would be the first time that a government has done so deliberately and boasted of doing so in advance. They won’t be able to claim ignorance or bad luck when the roof falls in.

That’s a very odd situation for democratic governments to find themselves in.  It runs counter to the usually strong survival instinct of politicians. Why have they almost all signed onto the “climate emergency” theory and to the Net-Zero policy response to it?

Look at the record. Only five MPs voted against the Climate Change Act that launched this policy in the U.K. parliament, and all the “respectable” parties in Europe and most of the world are passionately devoted to it. The U.N. has been its cheerleader since the Rio de Janeiro conference in the 1990s. China’s policy consists of promising to cut carbon emissions without actually doing so for as long as possible.

Indeed, except for the U.S., there’s an international consensus of governments in favor of Net-Zero (though not one in favor of paying for it since it costs a lot of money to make people poorer.) Now the election of President Biden signifies that Washington will join the consensus. So the question naturally arises: why are governments setting themselves up for a massive political clash with their own voters?

One very obvious reason is that global warming is a genuine problem, potentially a very serious one, which governments feel they must address with effective measures. Almost no one denies that, however. The supposed climate “deniers” such as Bjorn Lomborg, Michael Shellenberger, and former U.K. finance minister Lord Lawson, all accept the reality of the problem. Where they differ from the (semi-enforced) political consensus is in believing that the problem is serious without being an emergency and, more importantly, that there are better solutions to it that carry less damaging side effects than Net Zero. Their arguments and policy proposals are supported by impressive evidence. They deserve a hearing—and the world needs an open debate—rather than exclusion from debate by the establishment’s own cancel culture. 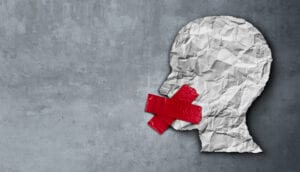 Shut up, they explained helpfully.

As that culture indicates, however, not all of the causes of the governments’ adhesion to Net Zero are respectable ones. A reason why they believe they can afford to risk and probably survive a serious clash with their electorates is that all the respectable parties have signed onto the deal. If all their rivals have publicly pledged support for Net-Zero, governments calculate, then there will be no one for the voters to vote for if they want to vote against the policy.

That calculation has proved successful in the case of the Euro. It has survived all the disasters it’s inflicted on Mediterranean Europe because no parties there were prepared to break with the European establishment’s pro-Euro consensus—and when one arrived in power that was half-prepared to do so, namely Syriza in Greece, it was bullied into acquiescence with threats of ruin and isolation.

But that kind of enforced consensus, as well as being a brutal thing that requires an illiberal silencing of debate and the hunting down of heretics like Lomborg, risks keeping bad policies in place because it protects them from criticism. For the moment at least, the Euro is a disaster but a secure one.

But such moments might be significantly extended by the cooperation between governments, establishments and activists to manufacture a Potemkin public opinion in opposition to the real reactions of voters to the economic consequences of both the Euro and Net-Zero.

Two new reports—Ben Pile’s monograph for the Global Warming Policy Foundation on the undemocratic tactics of the UK's Climate Assembly  and the Spiked article by Roslyn Fuller on the billionaire takeover of “civil society” NGOs—between them illustrate how a new kind of astroturf activism is attempting an end run around democracy by misrepresenting what the voters think to the media and public opinion. How is this done? That's something I'll return to next week. 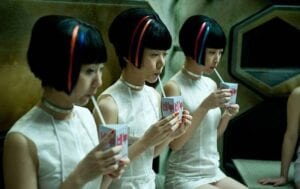 But is anyone fooled by such tactics? Many people are, and as Pile has suggested, the problem is that governments, politicians, and the media are among them--though want to be fooled and cooperate in the folly. To be sure, they are likely to be shaken out of that folly by the raw reactions of anger and incredulity of voters over policies intentionally impoverishing them. Nothing persuades people more quickly than that.

But the politicians will then be facing a serious crisis as they have to decide between defying the electorate or reversing a policy in which they have invested large sums of taxpayers’s money along with the public trust.

If they had better memories, they would have recalled another recent case in which all the political parties felt secure in supporting the same unpopular policy, ignoring and dismissing signs that large numbers of their voters disagreed with them, only to discover that it had been surprisingly rejected in a referendum and they had invited a crisis that lasted for the next four years:

2 comments on “Extremism in the Pursuit of Economic Madness”