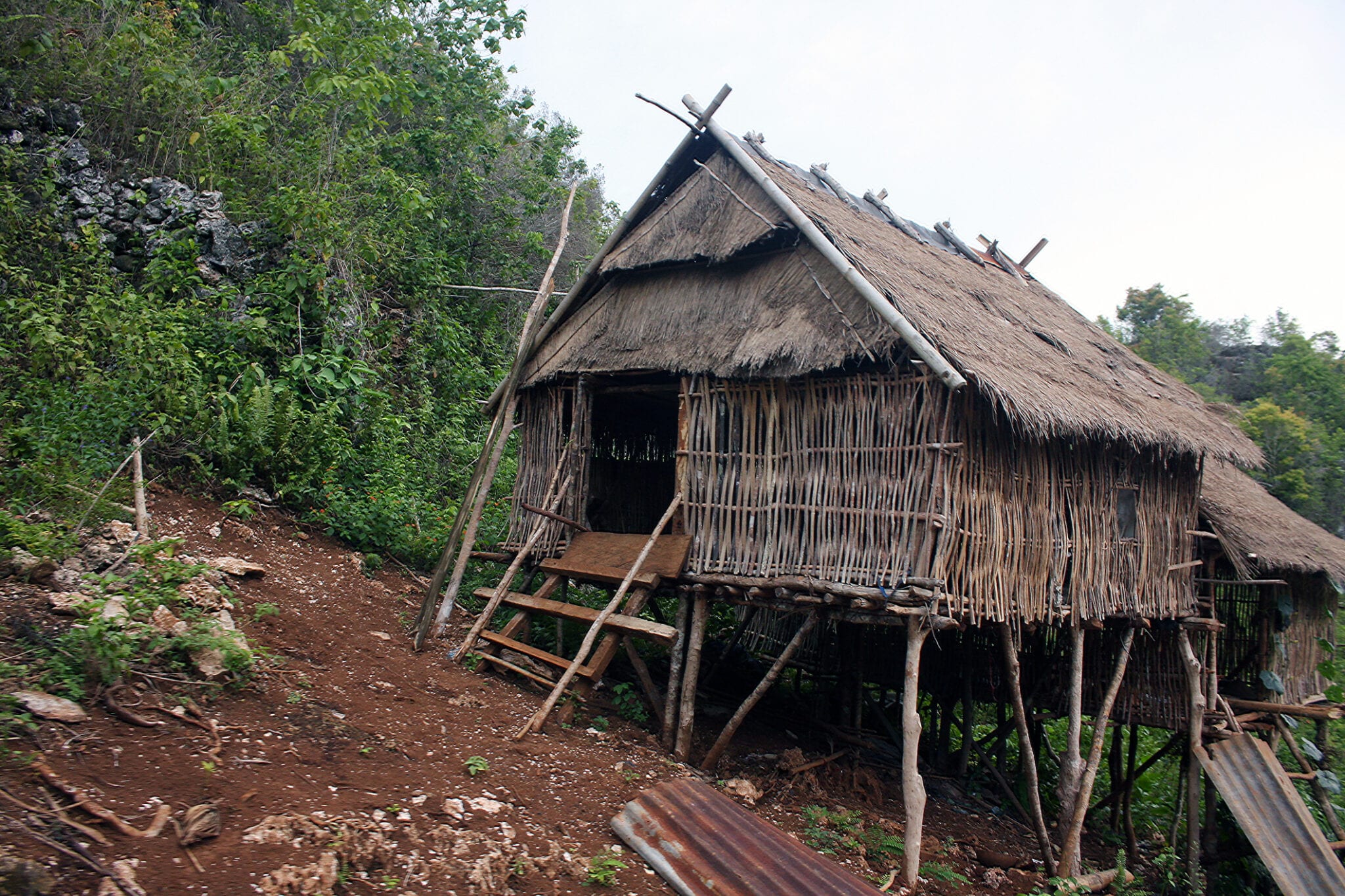 Now this is the life.

“If civilization had been left in female hands,” wrote Camilla Paglia in her 1990 book Sexual Personae, “we would still be living in grass huts.”

Feminists have often retorted that patriarchal societies prevented women from exercising their artistic, scientific, and technological gifts—and that women’s true capabilities in these areas are still not fully known because of ongoing sexism. Lately, however, at least one group of feminist critics—namely the proponents of eco-feminism, who see the exploitation of women and of the environment as linked issues—not only seem to agree with Paglia, but go so far as to suggest that living in grass huts would be far preferable to controlling and dominating nature in the way that men have done.

That’s the idea expressed in the almost-parodically titled “Boys and their toys: how overt masculinity dominates Australia’s relationship with water,” by Anna Kosovac, PhD. Published in the popular academic journal The Conversation, the article was written by a University of Melbourne academic who holds a prestigious Research Chair in Water Policy. 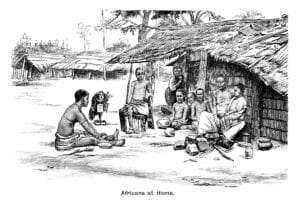 Back to the future?

Writing from her air-conditioned room in an ivory tower designed, built, and maintained by men, intersectional feminist Kosovac believes that the days of exerting control over nature through dams, water pipelines, and sewer networks are largely over: the time has come, she writes almost mystically, “to reassess the old methods and explore new ways in our relationship with water.” In her view, masculine over-reliance on “technological and infrastructure ‘fixes’” is preventing Australians from “work[ing] in tandem with the environment” to address the country’s water needs.

Although Kosovac states at the article’s outset that she spent nine years working as a civil engineer in water management, she has almost nothing good to say about the field as it currently operates, aside from the grudging admission that “there’s nothing inherently wrong with using technology to solve water issues.” But in Kosovac’s masculine-averse perspective, the male technocratic mind is far too rigid and exclusionary. It assumes that serious sustainability problems can be solved with “gadgets,” as she calls them, such as smart meters and other data-collecting technologies, and it will not give fair consideration to other (eco-feminist and Indigenous spiritual) perspectives.

Kosovac alleges that Australia is suffering both politically and ecologically from “toxic masculinity.” This is a now-standard feminist phrase striking for its bigotry and intellectual incoherence.  At times this “dominant masculinity” seems indistinguishable from men themselves; at other times it is a specific attitude toward power, the exercise of control over nature and less powerful “others,” that is manifested by particular white, heterosexual men. The author speaks with satisfaction of the recent “fury of women” at the “toxic masculine culture of Parliament House” while neglecting to mention that women comprise 31% of the House of Representatives and a whopping 53% of the Senate. Closer to home, she complains that “in the area of water supply, sewage, and drainage services, only 19.8% of the workforce comprises people who identify as women.” Here is a patriarchal plot, one presumes, to keep women out of the sewers they would otherwise have been clamoring to enter. 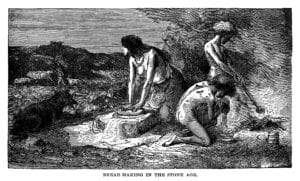 Girl power, One Million Years BC.

Kosovac cautions, nonetheless, that simply creating a more “diverse” water industry workforce made up of women, the Indigenous, and LGBTQI will not necessarily change “male-dominated decision making” and false faith in technology. That is what must change, according to Kosovac, though she never tells readers precisely what non-masculine, non-technological water management would look like.

It is quite stunning to read Kosovac’s glib dismissal of the male-led efforts that have made drought-prone Australia, the driest continent in the world, not only habitable for millions of people but one of the most prosperous and self-sustaining nations on earth. Missing from her sneering screed is any acknowledgement of Australia’s enormous achievements in water management, including seawater de-salination, which plays an increasing role in supplying water to many of Australia’s largest cities, or in the use of reclaimed wastewater for agricultural irrigation and other needs.

One of Kosovac’s primary criticisms of Australian technology is the failure to engage the community or to care about ordinary people’s views and preferences (she cites one example in which residents of Toowoomba rejected recycled wastewater for drinking in a referendum that “divided the county”—apparently feminist policies are never divisive). The Australian situation is, in fact, far more complex than Kosovac’s article suggests. The Water Reform Agenda, adopted in 1994, established the principle of public consultation and emphasized the right of communities to participate in the development of water supply policies. Robust measures to encourage rainwater harvesting, greywater use, and many other conservation efforts with wide public support have been in effect for years and are a testimony to the multi-pronged, community-based approach pioneered in Australia.

While indulging in harsh criticism of the conservation and management practices currently employed in her country, Kosovac’s article is notably thin on solutions. It is time for a new way of doing things, she tells us repeatedly. But what is it?  She is in favor, it seems, of a “humble” approach that rejects the exertion of “control,” telling readers, with familiar academic vagueness, that “a different approach would incorporate valuable knowledge in the social sciences, such as recognizing the politics and social issues at play in how we manage water.” This is theoretical gibberish, and means little more than that under the influence of eco-feminist critics like Kosovac and her cadre of utopia-envisioning colleagues, water policy will be subject to a cultural Marxist analysis to identify oppressor groups (white male engineers, mostly, and those who support them) and oppressed groups (ethnic and gender minorities); such analysis will always castigate the oppressors and call for greater involvement of the marginalized. 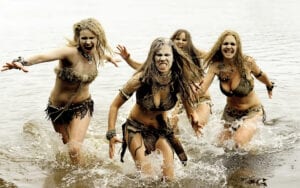 Water, water, not quite everywhere.

True to form, Kosovac advocates “working closely with traditional owners to incorporate Indigenous understandings of water.” As an example of this approach, Kosovac refers with evident approval to a piece of 2017 legislation passed in New Zealand “that recognized the Whanganui River catchment as a legal person. The reform formally acknowledged the special relationship local Maori have with the river.”

It may be that despite her eco-feminist ideological commitments, Kosovac is struck near-speechless by this legislation, for she concludes her article soon thereafter without enlightening readers about how a governmental act of personification will help to address water management. Her only other specific suggestion involves “moving to community decision making models or even programs to increase youth involvement in water management.” Asking teenagers for input about water use may well yield some novel suggestions, but it’s difficult to conclude they will responsibly revolutionize water policy.

Kosovac proclaims her support for “giving up some control.” I suspect, however, that her faith in youth and community consultation, and even in Indigenous spiritual beliefs, will last only so long as potable water flows abundantly from her tap and the toilet flushes on command. The much-derided “toys” of the “boys” may well represent a masculine orientation that it is now fashionable to condemn, but that masculine way of dealing with our environment has inarguably kept the sewage and water systems functional, thus making all our lives immeasurably better. The simple fact is that exerting control over water is indistinguishable from civilization itself. When it comes to complex technological systems, I’ll take the boys with their toys over the girls clutching their pearls any day of the week.

3 comments on “'Eco-Feminists' vs. 'Toxic' Reality”