Diary of an Acclimatised Beauty: Unmasked 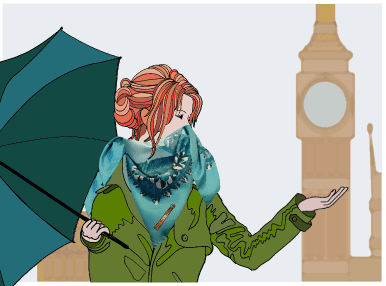 I’m not sure what I expected when I came back to visit mummy and daddy but to be sure—Mummy and Daddy! That, however was not to be.

Other than referring to my mother as Judith for almost as long as I can remember, they’ve been pretty normal as parents go. And one could generally expect to find them home—Judith organising something or other, and Daddy reading or shuffling papers. As Judith never took breakfast they usually didn’t see one another until evening cocktails, but that ritual was truly sacrosanct. So when I arrived—on time and as promised, I in turn, expected to find them—drinks in hand and nibbling curry-spiced cashews and paper-thin slices of salmon on rye. What I found was most of the lights off and a half- melted bucket of ice at the bar.

I went up to my room to find mail that had been deposited over the course of the last several weeks, and half a dozen tulips placed into a vase—but no note. I must’ve slept for a good hour before I heard my father call from downstairs. No Judith. She’d decided to remain in the country in the interest of “essential” travel strictures. I never got a straight answer about how they got separated in the first place but how could she not bother to turn up when her only child had traveled halfway 'round the world to see her? Father gave me a look as though I was getting unnecessarily agitated so I just fumed inside and let it go.

Seriously though—who were these people? Quarantine-panicked and cowering like two pensioners who’d lost their house, their livelihood and their only child to a single incendiary. And who was this man sitting in front of me? I’d expected the reluctant RAF hero who took nothing too seriously and above all refused to give in, especially when those around him did. This was far too depressing after leaving a US that had likewise all but flown the white flag. Defeated as well, I went back upstairs, nicked a moisturising mask from my mother’s bathroom and fell asleep a second time.

Day Two: awoke to find father knocking about the kitchen only to soon learn we were out of milk, bread, eggs and, as he added 'soon enough…toilet roll'. On our way to Tesco we weren’t steps from our home when we were stopped by a policeman…yes we live in the same house, yes this is an essential trip but apparently we weren’t convincing enough—as we got a stern warning. Lovely. Two bagfuls later, we headed back—sharing a ham and pickle sandwich only to be met by a second officer. 'No it isn’t compulsory to wear a face mask,' she explained, 'but the mayor strongly urges you to do so'.

And with that, the father I used to know returned—and in full force I might add. 'Was this warning compulsory?'and, 'Does the mayor have any suggestions for eating while simultaneously wearing a mask'? Shocked, I rustled the paper wrapper of my half sandwich to underscore the fact that we were in fact eating, and to plead our case that we should be be spared the £30 fine. It worked, and the officer turned to look for her next scofflaw. Still ,I was quiet.

'You do realise that in London alone there were a hundred domestic violence arrests yesterday'? he said to me with pain in his voice. 'I hadn’t' I responded, and added, 'Clearly nobody’s having cured salmon on rye' and he stifled a smile. Seeking to change the subject fully, I began regaling him with the very positive effects of the global shutdown on the environment only to find myself once again at seven years of age, having been patted on the head and sent back to the nursery. 'No appreciable benefit', he corrected. 'The planet is still getting hotter, smog has decreased somewhat but no appreciable benefit. And I need not remind you of the year you lobbied me, and anyone who would listen to you, that we needed to buy property on the equator— just to survive the impending and unavoidable ice age'?

He wasn’t wrong. I had done, and thankfully they hadn’t listened. But it wasn’t ever likely my father was going to make any substantive change based on the opinions of a seven-year old climate scientist. For her part, Judith had asked him to 'buy something small… just to appease her' -- and to keep me from having night terrors. But he wasn’t having any part of it.

So dear reader, with the planet heading to either heat or ice, depending on when you tuned in and whom you follow, I think I should address the issue of the mask. Do choose something stylish, there’s no way of knowing how long this will last, and frankly do you want to be remembered as a sloppy bandit? Or join the millions of women who have decided just not to colour their hair or look presentable? Of course you don’t.

And while many of you have written about adding a coffee filter to boost the filtration aspect, I think it important to remember, no matter where you are on the mask spectrum— just like dressing for dinner—you are wearing the mask to make others feel comfortable. Touting how 'comfortable' you are in sweats or some lumpy dress while a savvy maitre d’ seats you in Siberia is nothing to be proud of. You are dressing to make others feel more comfortable around you. And the same holds true for a mask. Even if like me, you know your immune system will fight off nearly any virus… you wear the mask so that others feel comfortable around you. It really is the only thing befitting a well-bred gel.