Diary of an Acclimatised Beauty: Partygating 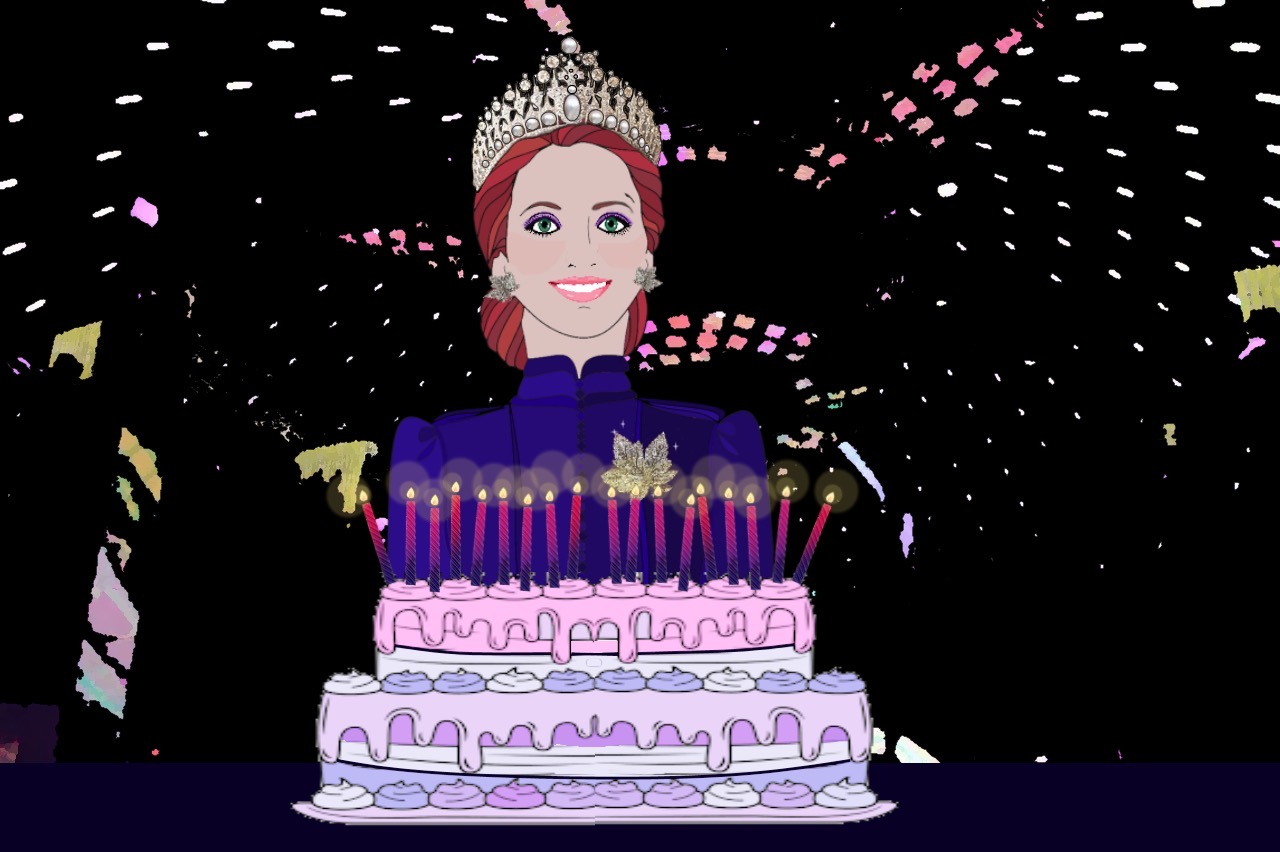 It's my party and I'll Carrie-on if I want to.

Annabel has transformed her country house into a glittering wonderland for my birthday celebration, there are fairy lights and flowers as far as the eye can see. I would say she really shouldn’t have done, but with England finally emerging from Covid restrictions, we all need a celebration, and the prettier the better.

She’s calling the party ‘It’s just wine and cheese’ as a play on the very naughty lockdown-busting parties at No. 10 which exposed Boris and Carrie’s bacchanalia, now officially dubbed #partygate. And swiftly followed by a Labour MP calling Boris out for being ‘surrounded by alcohol, food, and people wearing tinsel’.

Normally I’d be on their side but Boris, (who daddy claims was never liked by anybody) is not doing himself any favours being joined by third wife Carrie, who it is rumoured ‘cuts dead anyone who isn’t useful to her’. My frustration with the newly-minted Mrs Johnson is the pall she casts on those of us who are truly committed to saving the planet. 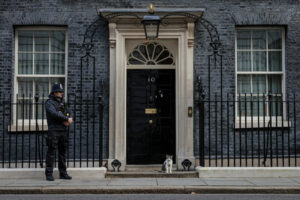 Perfect spot for a wine and cheese party.

Apparently when she’s not furiously texting 25 missives per hour to her PM hubby, or seeing anyone who threatens her sacked, she finds time to be a senior advisor to Oceana, a charity dedicated to protecting the oceans. What she obviously doesn’t realise is that when one puts oneself forth as a beacon of righteousness, and a caretaker of the planet; there is a responsibility not to be smugly sanctimonious or hypocritical.

I texted my father to ask if he felt I was being too harsh and he rang me right back: ‘Maybe not too harsh but why do you green-niks seem to use wine and cheese as the excuse for everything? Prince Charles also tried to excuse his grossly inefficient car by claiming it too ran on excess wine and cheese’.

I had forgotten that… Ugh. But I continued, ‘I just mean, is it too much to think she shouldn’t put herself out as a climate activist if she’s going to make us look bad?’

‘I think she’s showing real team spirit—like most of your clients, circumnavigating the globe in private jets to talk about saving it. That is what you do isn’t it?

'She bought gold wallpaper?’ I asked.

‘Well, eventually, yes. But first she tried to get taxpayers to pay for it, and then some scheme with a private donor before Boris finally shelled out the £14k. But give the girl credit—she did get us to pay for her gold iPad, which was £538. Her email explains it was for ‘a special advisor’.

‘Now if you ask your mother,’ he continued…

‘Mummy’s more put off by the fact that Miss Symonds made the Queen uncomfortable by sharing a room with Boris at Balmoral whilst still an unmarried couple. But in truth, only Carrie was unmarried, Boris was married—just not to her.’

‘So I’m not off base to say she makes us all look bad—yes?’

‘Well, OK, yes, but I think that little troll with the braids shouting “how dare you-how dare you” was really a low point’.

Daddy had a point. ‘So I take a stand against her?’ I asked.

‘An actual stand? Jennifer, you’re not really going to vilify the gal who made Boris do a volte-face on climate change are you? He’s one of you now… fully committed even though that same set of facts initially lead him to say that climate concern is “without foundation”.'

Umm… no. I was not going to take down the girl pouring green into the ear of our PM. Still, I felt this was bad for her to be using the planet as her platform to promote herself, and being a huge hypocrite. But save that for another day… it’s my birthday!

As always Annabel gets the best people to come, and such an interesting range. She introduced me as single-handedly saving our planet, and also rather surprisingly… spilled the beans about my biggest client following with ‘But mum’s the word on that.’ Gotta be the wine and cheese talking.

One person who remembered me from my equestrian days, said; ’So… environment, way cool. And you must be thrilled that your colleague is right there at No. 10'. 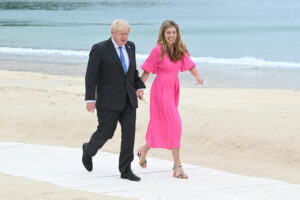 Life's a beach when you're PM.

WOT? Had she been reading my mind? I downed my glass of champagne and moved to chat with someone else—a gentleman who only met me today as the birthday girl and via Annabel’s introduction. He introduced himself as James and squired me to a slightly less crowded corner before leaning in as though telling me some state secret…

’Just a quick note about the current Mrs. Boris… look out', he said. I wanted to say too late for that…she’s invading my birthday! But I asked, exactly what for?

‘Just as a sort of birthday present… I’m telling you don’t join forces. They might well be sent packing after all'.

And with that, he began to tell me much more than Daddy had done. Apparently Mrs. PM had given her friends the secure passcode to enter No. 10 when popping over for tea or to play draughts, or as turned out to be the case… to snoop around in Boris’ office where in fact, some classified documents had gone missing. This was bigger than tinsel.

She is also known to be heard whispering in the background of Zoom calls, telling Boris what to do when she disagrees. And when it suits, physically taking his phone and sending directives out to anyone and everyone… often taking positions of which he is entirely unaware. Only to find himself insisting the next day in meetings that he has taken no such position. And even then to return home at day’s end, and be instructed to call back and completely reverse his position again.

What to do with all of this information? I am not sure… right now it’s my #partygate.

2 comments on “Diary of an Acclimatised Beauty: Partygating”