Diary of an Acclimatised Beauty: Living 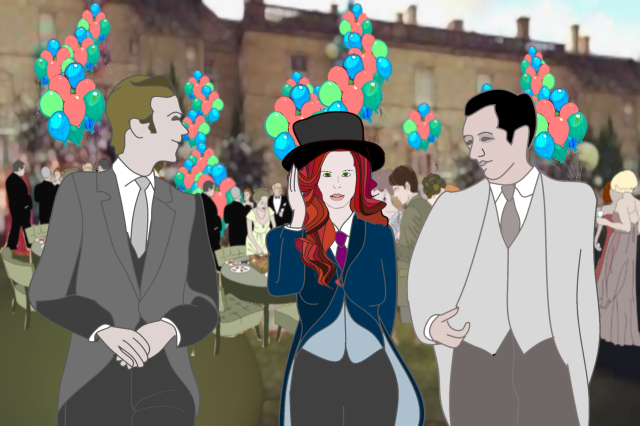 All this and a kitchen loo, too.

I’m taking full credit for suggesting Annabel start the season off with her own, soon-to-be annual event. Truth be told I just couldn’t bear another year of last-minute Covid cancellations, and boy did they stack up. Even the brand-new Badminton Horse Trials failed to launch in its inaugural year. How utterly embarrassing. And they couldn’t get it together the next year either despite not having anything to live up to.

I was happy the planet had been given a breather but I was determined to push forward and LIVE. And by the turnout it was clear I wasn’t alone. Like any good overnight guest, I am always keen to find the best gift for the hostess—even if she is your best friend and wants for nothing. Annabel truly has everything—including the annoying habit of pretending to be overjoyed by every gift when you just know the lot is going in the bin or home with her housekeeper. Daddy’s suggestion is always a bottle of something and Judith would suggest a scarf, but then she hasn’t seen the excesses I’ve seen.

The Faber-Castell twins, (also houseguests) did bring a bottle of something which sort of surprised me because wouldn’t you expect—pencils?  They’d been crowned this year’s  Corviglia Club glamour girls which likely accounted for the hoards of young chaps milling about Annabel’s garden. I’m sure Judith (mummy) hoped I would have chosen to be more of a society darling but the planet was always my first love—even if it means some of us are going to have to eat bugs. 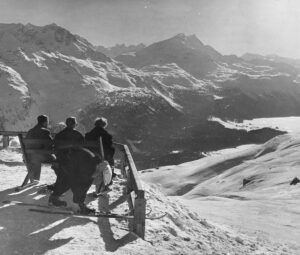 Corviglia: if you have to ask, you don't belong here.

I struck up a conversation with Raj Tanna because I was keen to get his input on ESG.  His theory is we really need to focus on the ’S’ (social) in that grouping of letters as it has been ‘the previously ignored middle child’. My motivation, having come so very close to serving on HSBC’s board, was to make sure to sufficiently leverage my stakeholder credibility next time around. My work for so many of the green oligarchs, and in the environmental sector in general, had made me an attractive addition to their board. In the end, they decided the bona fides they cared about most were BIPOC and gender identity--meaning the belief that illuminating previously-marginalised races, or sexes, would bode well for the company’s bottom line.

I was discouraged after a chat with my father (‘these are not actual qualifications’), and the insights of Warren Buffett (‘I did not receive even three letters last year from shareholders asking for [ESG] disclosures'),  but they were what HSBC wanted. Optics. I just didn’t have enough of them. So I sought to learn from Mr Tanna in hopes of improving my chances on future boards. Sadly,  he was so much less helpful than I’d imagined. After I introduced myself he seemed only to want to talk about his real love… a glass house on the water.  He said the ‘ecological element had been so important to him and his wife’, adding, ‘We wanted the house not to interfere with nature—we wanted it to disappear’. All I could imagine was birds crashing into all sides and leaving bloody splotches all around. He went on saying, ‘Glass reflects the light and the sky and the water, so the house at times is much less visible than others’.  Wow. Snore.

I told him I’d been fascinated by his tenure in the sector and the research his company had put forth but he was unmoved. I tried stroking his ego with what I knew to be his tightly-held belief… when good companies do good things  share prices follow, but he didn’t take it up. I’d watched a recent interview in which he said the pandemic was a catalyst for change  and with that he said… ‘Oh I wholly agree’.  Agree?? They were his words! Odd. I was about to play my very last card and tell him that Annabel (our hostess) was my very best friend but his wife came by and whisked him away. Annabel’s husband James must have seen my utter shock as he came to my rescue with a glass of champagne.

‘Interesting fellow isn’t he?’ James asked. ‘Do you know him?’

‘Do YOU know him?’ I responded.

‘Well of course’ James laughed, ‘he owns what we are calling the futuristic Versailles.  Made money in Russia—as folks tend to do. You should see the house. Very nature-y. Is that what you talked about?’.

‘No. Well maybe he did. I’m not sure. I thought he was the Raj Tanna who’s trying to put the S in ESG. Environmental, Social, Gov…’

‘Environmental?’ Ha ha. ‘No. Wrong chap, same name. Well, no harm done. By the way, did you see what someone gave us? It's like a toilet for the kitchen counter.  You put food scraps in, you flush it, and overnight it turns into dirt. Can you imagine?’ he asked, laughing hysterically.

‘No. I can’t’ I said. My face turning ashen. The gift had been mine.

‘The only good thing is maybe we can put all the rest of the crap gifts in there’, he said, chuckling away. ‘Can you imagine?’ He laughed again. ‘In a house this size? Oh meet my little friend kitchen loo…’

‘Hilarious', I said, downing the glass of bubbly.

I made my way up to the house and called my father. No answer. I texted. Nothing. Everyone was talking about St. Moritz which sounded  like the best St. Moritz season in the history of ever. I couldn’t go. Perhaps Judith was right. Perhaps this working thing was overrated. And just then someone rushed over to ask if I was the famous eco-hostess from the cover of Paris Match magazine. Why yes I was! In fact I’d circumnavigated the globe four times this last year. Perhaps there was more than one way to skin a cat.

3 comments on “Diary of an Acclimatised Beauty: Living”