Diary of an Acclimatised Beauty: Fleeing 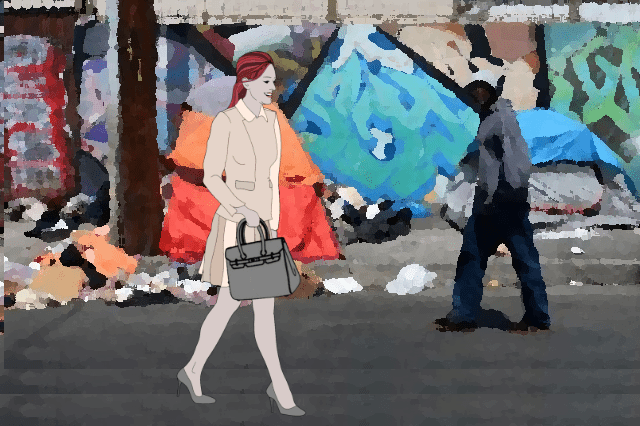 I’m not sure what compelled me to do it but I think wanting to return to my very own house after more than a year's absence seemed a small request. I had tried to get back to Los Angeles many times—the worst of which was a month ago when I couldn’t make heads or tails of the new stricter mandate. And for that reason, I called Los Angeles County only to find this clarification…”It will be up to the officer”.

Officer? What officer is involved in my returning to a place where I live and pay taxes? There was a provision for “immediate” medical appointments and when I queried the meaning of “immediate”…they said ask your doctor -- who, I pointed out, is not a lawyer and will not be on speed dial as I face “the officer” at LAX.

A friend told me that a petition to recall the California governor, Gavin Newsom, had forced him to rollback some of the restrictions, but I can tell you the full explanation on the county website was a hodge-podge and I’d have used up two highlighters trying to mark the inconsistencies.

I’d Covid-tested in Dallas stayed in a hotel for three days, and had made my way to LAX where I tested again right at the airport. Negative—obviously (I’d already had the dreaded Covid) but I was still panicked about the very real risk of a false positive. Daddy told me not to go but I’d decided to make a run for it—and I booked a ton of doctor’s appointments so I wouldn’t break any rules! 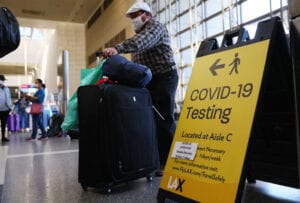 Walking through the terminal I found monitors of a sinister-looking man making very scary threats to all travellers. I don’t know how you can get more panicked when you’re already panicked, but I started to break a sweat though I’d committed no crime. The thought of calling my father loomed large and then I remembered that the last time I’d been at this very terminal -- and sufficiently put off—I’d re-routed to Hawaii without leaving the airport. Somehow I’d forgotten that bit.

To be collected at the airport requires you spend the big money on the big Uber SUV. Otherwise you’re packed like sardines into a bus to God-knows-where. How, I ask, is this good for the environment? Requiring a large vehicle and unnecessary buses? I made my way along the sidewalk and through the cigarette haze to the Covid testing station. My reservation code wouldn’t scan but it was only me, and one other man, shelling out $125 for the much-hyped “free tests”.

Home sweet home and between my housekeeper and groundskeeper, I didn’t know who’d been the biggest flop. Loads of un-forwarded mail and fallen leaves lie just inside my door. A/C not working, refrigerator not working, my car tires flat, and the battery dead.

UCLA Medical was mobbed… with no parking... as I circled round and round and polluted the garage in the process. When finally I made my way to the elevator there was a huddle of people all within inches of one another— so as to comply with the distancing rules that allowed a “maximum of four” per elevator. 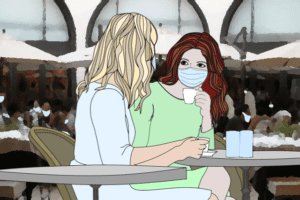 All this and Covid too.

I rang up my bestie to meet for lunch and she said Beverly Hills was the only option for avoiding “tent cities” so we met at a place we’d often been—except now there was a handwritten poster of demands:

Do not stand without a mask, be masked when the waiter approaches, lower the mask only when actively eating or drinking… (meaning pull down the mask, take a bite, cover your mouth and chew) and more nonsense. For this we were sitting outside and paying Covid prices.

The next morning it was re-baptism by fire. My ENT converted my appointment to a “tele-health” visit, which is code for video call. I don’t know how he’s supposed to listen to my lungs or take a culture but, hey, Cedars Sinai doctors think they are gods anyway and who am I to argue with God?

So at precisely 7:45 am I opened the video link and… nothing. I tried re-boot, tried killing 5G, but then I remembered…it’s Los Angeles! Home of zero bars. I hopped on my bike (car still dead) and sped down the canyon narrowly avoiding death more than once. You can get killed here taking out the garbage let alone being a moving target around a winding curve. And trust me when I tell you—this is car-town! No one would have any empathy for a green-nik on a bike.

Down, down, down the canyon I pedaled… one bar, two bars… nope it’s zero bars. Bloody hell! I pushed myself up someone’s private driveway and…bingo! My phone is now blowing up with texts and calls that obviously didn’t come in last night so it’s a full two minutes before I can dial. That’s when I realised I’d left the house in a blazer and pajama pants. And I’m not wearing sunscreen.

I’m late, doctor’s pissed, and for some reason the video part isn’t working so I can’t even smile to bring him round. He’s gone full-jerk in the two years since I’ve seen him. WOW! I ring off and all I can think is I’m grateful I didn’t have to do yesterday’s PAP smear by Zoom.

Still in the private drive, I’ve been picked up by surveillance camera and the homeowner now comes to the gate to tell me—it’s a private drive.

Or not, as the case may be.

Two hours and two lattes later I met my friend at a Korean spa and truly I cannot believe my own eyes: it’s miles of homeless people lining a previously respectable boulevard. The Uber drops me across the street and I cannot walk fast enough to the front door. I don’t mean to judge…I’m just scared. Inside—the Covid-panic is so ridiculous I forget my zen-mindset and roll my eyes at their plastic-covered sneakers.

Now sufficiently steamed and scrubbed, we picked up sustainable salmon salads and ate in her car—mask free.

Heading back up the canyon and to my house I wondered if I’d be able to call daddy. He wouldn’t have much empathy but I was at my wits' end. That is until I turned the corner and found a tent village had sprouted up in the course of one day. How—without resource—had they managed such a feat? Of course one feels terrible for them but downwind the smell was already enough to knock one over and a stream of urine had crossed the street and pooled at my driveway. There was also the noise, and the sheer number of them.

And 45 minutes later I was back at LAX in an airport hotel.

I WILL be back Los Angeles, but as of tomorrow morning there’s a business class seat with my name on it.

5 comments on “Diary of an Acclimatised Beauty: Fleeing”