Dealing with the Fallout from Putin's Folly 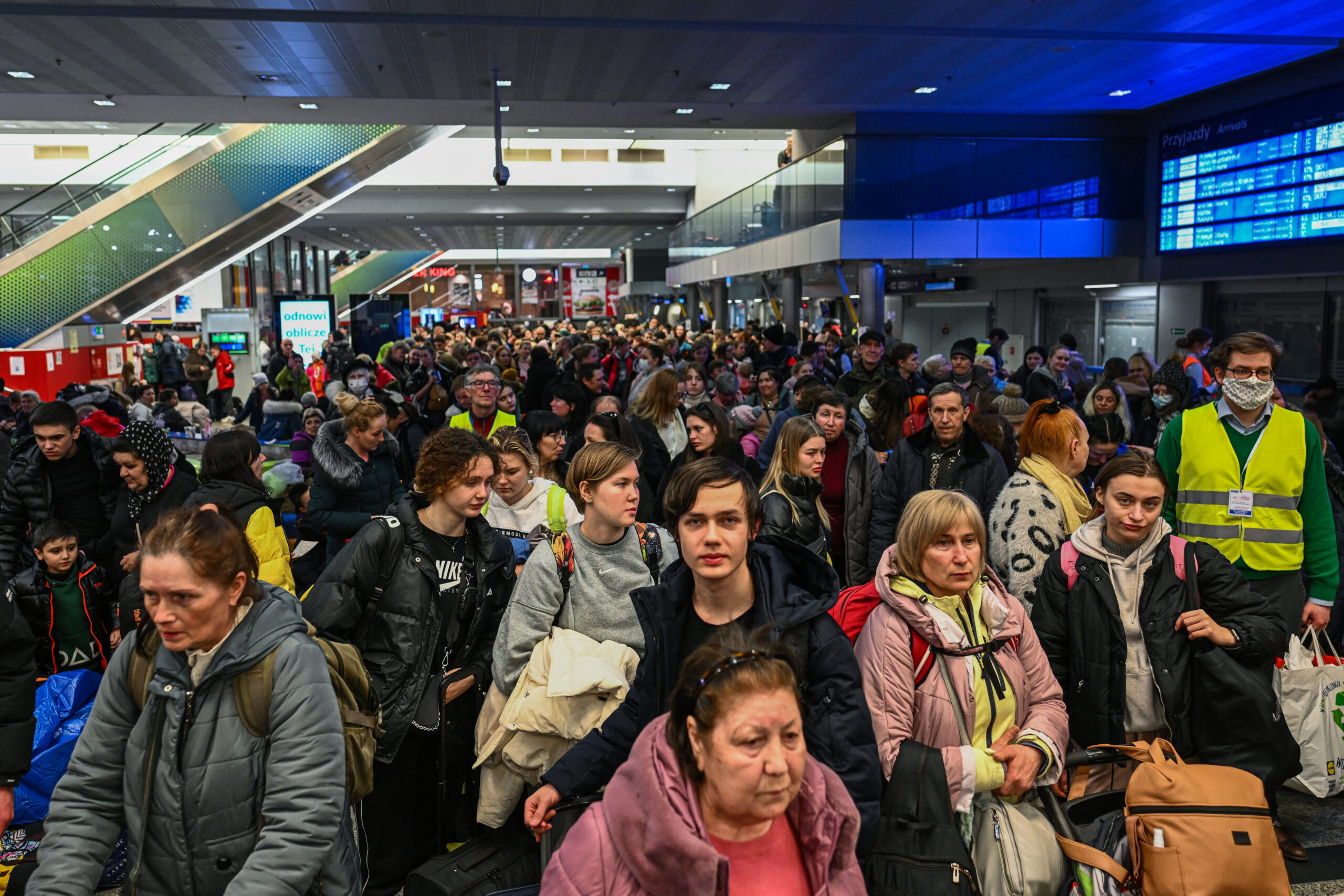 Ukrainian refugees in Poland: the calm before the storm?

BUDAPEST -- It is impossible to calculate as yet the number of Ukrainian refugees who have been displaced from their homes by the Russian invasion and forced to flee to safety. An estimated 2.7 million Ukrainians have been accepted by Poland and Hungary and now rest in those countries. Others have gone to neighboring countries or farther afield where they have homes, foreign spouses, and family connections—there are large Ukrainian diasporas across the world, especially in the so-called Anglosphere. Finally, an unknown but large number of Ukrainians have left cities like Kiev under attack to stay with family members and other places of refuge across Ukraine.

By the time the killing stops, as many as 4-5 million Ukrainians could be living outside Ukraine and as many more (out of a population of forty million) will have moved into rural areas or regions outside the war zone. This displacement of millions of people by war is a humanitarian disaster, but of what kind we don’t yet know. That will depend in part on the outcome of the Russo-Ukrainian War. If it were to end quickly in a clear victory for either side, the refugees would almost all return to rebuild their homes. 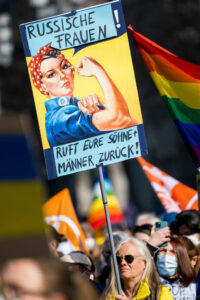 Cities where they used to live are being pulverized into ruins by the Russian invader. Restoring those destroyed cities—as the Poles restored Warsaw after the Nazis leveled the city in World War Two—will be Ukraine’s first task. The country would receive a great deal of European and American help to do so.

But if the refugees are returning to a country under Russian occupation or divided between Western and Russian “sectors”—with or without a peace treaty—many will want to wage a guerrilla war to drive the invader out. That’s the kind of spirit that currently grips Ukrainians everywhere, and it’s likely to grow fiercer while the war persists.

In the first case, the refugee crisis will be short-lived. Ukrainians are not leaving their country now because they want to live somewhere else. They are leaving it to avoid being bombed or shelled by Russian soldiers. Once that’s no longer threatening them (even if Russia has stationed troops there), the great majority of them will return home—and the refugee crisis will cease to exist.

It is the second case—a Ukraine wholly or partly occupied by Russia—that will produce a permanent refugee crisis. Some refugees will return home to fight; most (probably) will want to settle down in the Western country where they find themselves “for the duration” of Russian occupation. That could be a decade or more.

How should these recipient countries handle this longer-term problem? And how are they actually doing so?

The best models for dealing with this kind of semi-permanent refugee problem are how the world handled the outflow of Hungarians fleeing the Russian occupiers in 1956 and how four years later the international community endorsed the proposal for World Refugee Year that—astonishing though that now seems—cleared up the backlog of post-WWII refugees still living in Displaced Persons camps across the continent. Some years ago I wrote about why WRY succeeded:

First, everyone knew that the refugees and DPs were genuine. The Second World War had ended only thirteen years before, and they were its last visible victims. No one thought they were disguised “economic migrants” who anyway in 1958 were welcome in many countries. Second, they were few in number and largely passive. Unless another hot war broke out, there was unlikely to be many more of them. No one imagined that there was a limitless “pool” of refugees who might overwhelm national borders if governments relaxed their entry rules. Third, we had just had the successful experience of resettling the Hungarian émigrés of 1956. All the Western countries had co-operated in an international effort to take in the “Fifty-sixers” in numbers appropriate to the population size of each recipient country. Austria wasn’t left to handle the exodus for itself simply because it bordered Hungary. All these things fostered an international mood that was receptive to the idea. 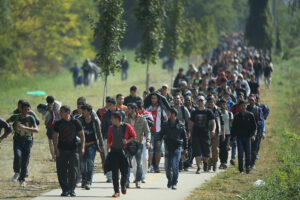 Flashback to 2015: a different kind of "migrant" crisis.

Very few of these conditions existed in 2015 when the last refugee crisis erupted which, incidentally, Europe as a whole handled badly, taking about two years to reach the commonsense restrictions that Hungary had imposed almost from the first. But the current Ukrainian refugee outflow does resemble the 1956 and 1960 refugee problems and in principle can be successfully handled by European governments, E.U. agencies, and civil society NGOs.

No one doubts they’re genuine refugees, not economic migrants; they enjoy enormous sympathy from people who have watched on the media the destruction of their homes; they’re disproportionately women and children whose men stay to fight (or to be conscripted—though that stirs indignation from an Amherst feminist legal scholar who argues with perverse ingenuity that Ukrainian women are being deprived of their human right to be conscripted equally with men); and almost all of them hope to return to Ukraine before too long and don’t want to put down roots elsewhere.

All of these qualities ensure that as in 1956, the refugees really are welcome. The only thing that makes people nervous about this inflow is the large numbers involved. A few days ago Bloomberg reported that Slovakia, an E.U. border state of 5.5 million, was experiencing the biggest migration crisis in its history, with an influx of more than 176,000. The figure will be larger now.

What has helped Europe to handle the crisis well is that the politicization of refugee policy—indeed, its weaponization by the Left—has been held in check so far by the crisis. The E.U. Summit’s statement on refugees was rooted in cooperation with national governments:

We commend European countries, notably at the borders with Ukraine, for showing immense solidarity in hosting Ukrainian war refugees. The EU and its Member States will continue to show solidarity and provide humanitarian, medical and financial support to all refugees and the countries hosting them.

A report from Bloomberg Equality—headlined "Ukraine Crisis Highlights Europe's History of Treating Some Refugees Differently"—conceded through gritted teeth that Poland and Hungary, “two of the most unwelcoming countries” in 2015, had stepped up to the plate:

Hungary, which even built a fence to keep people at bay, has been offering a helpful hand as mostly women with children pour across its border with Ukraine. Prime Minister Viktor Orban explained the change last week, telling reporters “we are able to tell the difference between who is a migrant and who is a refugee. Migrants are stopped. Refugees can get all the help.

In a visit to the Ukraine-Hungary border, historian Andrew Roberts reporting in The Spectator on the work of voluntary religious organizations and bodies like the Order of Malta and the Order of St. John in helping refugees to safety, commented:

There has been some panic in the railway stations in the east, especially during Russian shelling, but for the great majority of the two million people who have left, it has been a well- organized evacuation. Ukrainian men bid emotional farewell to their elderly parents, wives and children before turning around and resolutely heading off eastwards to fight, pleased that their families are safe. One is not supposed to praise manliness in modern society, but there is no other word for what is happening here, and it is not ‘toxic’ but uplifting.

In short, whatever the horrors of Putin’s war or the lack of Europe’s military and economic preparedness for it, everyone—the E.U., NGOs, and even “bad boy” governments like Poland and Hungary—was doing the right thing by refugees. 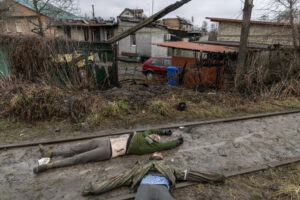 All of which is very encouraging but probably overstates the willingness of the E.U. and its senior member states such as France and Germany to forget differences over hot-button issues like refugee policy in the common struggle against Putin.

Even as Poland and Hungary were bearing the heaviest burdens of dealing with rising refugee numbers and other consequences of Putin’s war on Ukraine, the European courts, cheered on by the European parliament, were imposing large fines on both countries for their alleged offenses against the "rule of law." The rule under which these fines were levied is itself an offense against the rule of law and opens the way for centralized E.U. institutions in Brussels to use financial blackmail against member states, forcing them to toe the line on issues that are outside the “competences” of Brussels.

For the moment refugee policy is not a matter of dispute, but one of cooperation and sympathy, between Brussels and national parliaments. That, however, is probably the calm before the storm.