Coral Reefs to 'Global Warming': Bring It On 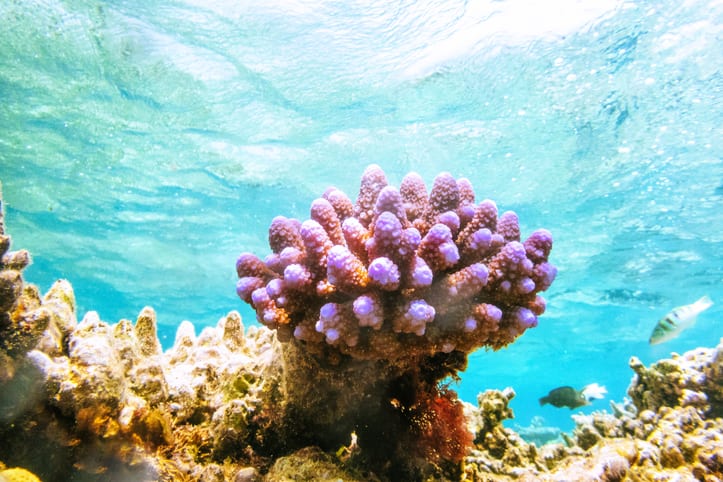 Some coral reefs are adapting to warming ocean temperatures by making their own sunscreen in the form of bright neon colors — a strategy which invites coral animals to return to reefs and is seen as a critical adaptation to maintain healthy coral reefs around the world.

In a study published in the journal Current Biology, researchers at the University of Southampton detail a series of controlled laboratory experiments they conducted at their coral aquarium facility. In the experiments, “colorful” coral bleaching events cause coral to produce a layer of vibrant sunscreen which encourages the coral animals vital to a mutually beneficial “symbiosis” relationship to return to coral habitats they abandon due to the effects of warming oceans.

In the experiments, “colorful” coral bleaching events cause coral to produce a layer of vibrant sunscreen, which encourages the coral animals vital to a mutually beneficial “symbiosis” relationship to return to coral habitats they abandon due to the effects of warming oceans. 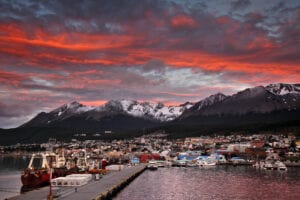 On the "green" Left, any change is a zero-sum game; for a bunch of radicals, they about as conservative a group as one can find. It never seems to occur to them, however, that most species have the power of adaptation to changing conditions, especially over time -- which is why, for example, human beings can survive and prosper everywhere from Scandinavia to central Africa, and all the way down to Tierra del Fuego, where the next stop south from the resort town of Ushuaia is Antarctica.

Here's how the coral reefs do it:

Many coral animals live with tiny algae embedded in their cells — it’s a fragile symbiotic relationship where the algae gain shelter, carbon dioxide and nutrients while the coral receives photosynthetic products to fulfill their energy needs.

When the ocean’s temperature rises, the symbiosis breaks down and the algae are lost, causing the coral’s white limestone skeleton to shine through and be damaged via coral bleaching. The condition can be fatal to coral — when its live tissue is gone and its skeleton is exposed to erosion, an entire coral reef can break down in a few years, causing the biodiversity that relies on its complex structure to fall apart in the process.

The study notes that the reefs adapt best to slow changing condition, not apocalyptic events, so no sweet meteors o' death, please. But it does show that if we continue to manage ourselves responsibly, the ever-changing nature of real, evolutionary climate change will take its course, without any hysteria from the "climate-change" crew.