Conservative Energy, or Canada at the Crossroads 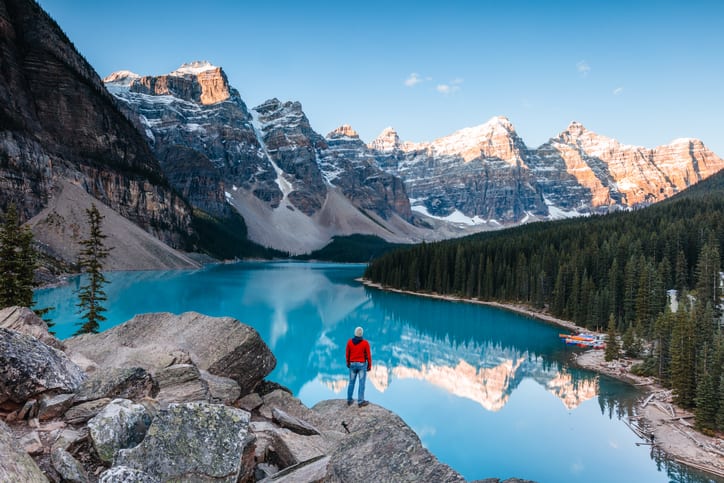 Now that scandal-prone Liberal Prime Minister Justin Trudeau’s approval rating has taken something of a hit, placing the Conservatives at least potentially within striking distance of forming the next government, the question that confronts Canada is whether a Conservative administration could honestly face the shambles that the Liberal government has made of Canada’s most important resource industry, energy production. Would it rescue the energy sector, located primarily in the province of Alberta, from its dormant condition and, at the same time, render unnecessary the budding secessionist, or Wexit, movement in a justifiably resentful Alberta, thus saving Confederation?

The platform of the newly-elected leader of the Party, Erin O’Toole, seems at first blush encouraging for the energy sector and Alberta’s future prospects, but O’Toole is a noted flip-flopper—not particularly good news for either energy or Alberta. As John O’Sullivan writes in The Pipeline:

O'Toole has been all over the place on the resource sector, initially calling for an end to fossil-fuel subsidies…before backing away from that pledge.

How O’Toole can claim in his platform that “Climate Change is a global problem, that requires a global solution,” while at the same time stating that “Domestic energy production – including oil and gas – is an important part of making our country more self-reliant and more resilient in future” remains a conundrum. Which is noise and which is information? In other respects, his platform seems promising, but the jury will be out for some time. 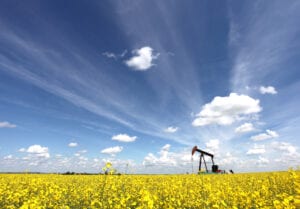 A pumpjack in a canola field keeps the lights on.

Leslyn Lewis, whose strong finish in the leadership sweepstakes may earn her a shadow cabinet position, has a Master’s degree in Environmental Studies from York University in Toronto—one of the country’s notoriously woke institutions with little professional stature—where actual climate science yields to a highfalutin iteration of cultural studies. It is, according to its mission statement, “a community that respects and values insight, creativity, justice, and diversity,” but leaves real science at a discount. Although lauded for her environmental expertise, Lewis, as a graduate of Environmental Studies, is a mere dilettante in the field. She has taken many principled social and political stands, but regrettably understands neither energy nor economics.

With the exception of failed leadership candidate Derek Sloan, who is pro-life, a believer in family and parental rights, emphatically anti-socialist, and a muscular supporter of the energy industry—and who is in danger of being expelled from the Caucus on the ludicrous grounds of  “racism, misogyny, and bigotry”—the Conservative Party as a whole, to this point in time, has been more or less devoid of positive initiatives.

Indeed, it appears to have forgotten its founding principles, as adumbrated by Canada’s great conservative thinker George Grant in Lament for a Nation: love of country, the rule of law, civil responsibility, an enduring moral order, freedom of speech, economic prudence, and restraint upon the sweeping exercise of government authority. Unfortunately, conservatism and the Conservative Party in its current incarnation do not always speak the same language. Whether O'Toole represents an answer to the Party’s dilemma remains to be seen. 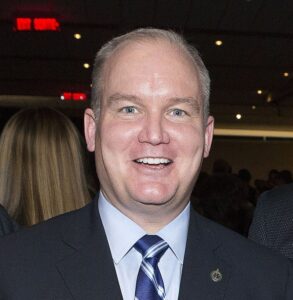 Meanwhile, Alberta is still holding the short end of the stick. It is for the first time in living memory a have-not province. After sending $630 billion in transfer payments to Quebec and the other provinces since 1961, it has received a federal transfer supplement (or so-called equalization payment) of $22 billion for 2020, misnamed as a “net gain.” This is total nonsense.

To begin with, in the current economic context $22 billion is a mere sop; moreover, the supplement is borrowed money that will have to be repaid with interest as part of the $350 billion Canada is borrowing for this year.

Ottawa is not re-distributing domestic wealth to disadvantaged provinces, as envisioned in the national Equalization Formula, but transferring borrowed wealth. Things need to be called by their proper names. Alberta’s $22 billion does not qualify as a “net gain” but a net liability. Wexit does seem to be the only hope for Alberta, whether as a bargaining chip or a realized outcome, but the trouble is that there are too many Canadians and not enough Albertans in the province.

A sane reclamation of the energy sector will be a difficult slog—not least because an acceptable conservative in leftist Canada, as geologist John Weissenberger writes in The Laurentian ‘Elite’: Canada’s Ruling Class, is “one who can be counted on to lose gracefully”—but Canada will reap the whirlwind in scuppering the energy industry and bankrupting Alberta in the process. Energy is gold and it resides mainly in Canada’s west.

It will take a surge of conservative energy to restore the country to its former viability. If Erin O’Toole remains true to his commitment to revive domestic energy production, without equivocation, the future may not be entirely dismal. Perhaps we will see a strong pushback by patriotic organizations intent on restoring the energy sector. The threat of Wexit may help to awaken a sleepy Canadian electorate, who may also be galvanized by mounting unemployment, rocketing prices, extortionate taxes, social anarchy and a failing power grid. But by then it may well be too late.