Climate Changes. Always Has, Always Will 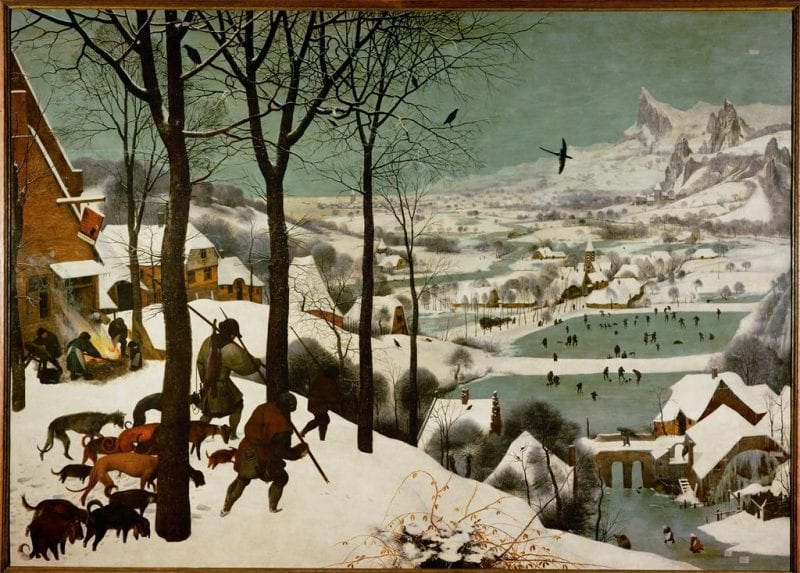 Since reliable climate records exist only for the past two or three centuries, figuring out what the environment was like before that time is an inexact science. There's some empirical data that can be examined, but even that can only be accurately interpreted when cross-referenced with the historical record -- diaries, works of art, etc. For instance, we partly know about the period known as the Little Ice Age because of the descriptions of the frigid weather of New England as described by the Puritans when they arrived in Massachusetts Bay in June of 1629. Suffice it to say, they weren't used to seeing ice flows in the ocean in the middle of summer.

Along these same lines, Suzannah Lipscomb has written an article detailing the bizarre climatic irregularities of that same era. It's an illuminating read at a time like ours when every environmental event -- blizzards, tornados, forest fires, hurricanes, heavy rain, droughts -- is blamed on "climate change."

In February 1540 rainfall effectively ceased, falling only six times in London between then and September. It was not only exceptionally dry but warm: it is probable that the highest daily temperatures were warmer than 2003 (the warmest year for centuries).... Edward Hall noted that the drought dried up wells and small rivers, while the Thames was so shallow that “saltwater flowed above London Bridge,” polluting the water supply and contributing to the dysentery and cholera, which killed people in their thousands. In Rome, no rain fell in nine months; in Paris, the Seine ran dry. Grapes withered on the vine and fruit rotted on trees. Even the small respite of autumn and winter was followed by a second warm spring and another blisteringly hot summer. Forests began to die until, in late 1541, rain fell and fell. 1542 was a year of widespread flooding.

Just a few decades later, there was incessant rain and years-long dampness across Europe, coupled with extremely low temperatures, with predictable results -- four harvests in that ten year period were complete failures, causing widespread famine. Shortly after that, in the "Great Frost" of 1607-1608, England grew so cold that "the trunks of large trees split open, and the Thames froze so solidly that people sold beer and played football on it." A frozen Thames meant no ships entering the port of London, with disastrous economic results, and related civil unrest.

In the end, Lipscomb transitions to a discussion of how this history is relevant today because "the slowly unfolding disaster of global warming means extreme weather events." This is unfortunate, since she had just been discussing the unpredictable nature of the earth's climate. She even admitted that "the warmest year for centuries" was 2003, almost twenty years ago! But overall, it's a valuable read, and bears out an observation of our contributor Christopher Horner, who said "[C]limate changes – it always has, it always will. Of course, saying “climate changes” makes one a “climate change denier.” Go figure."

2 comments on “Climate Changes. Always Has, Always Will”