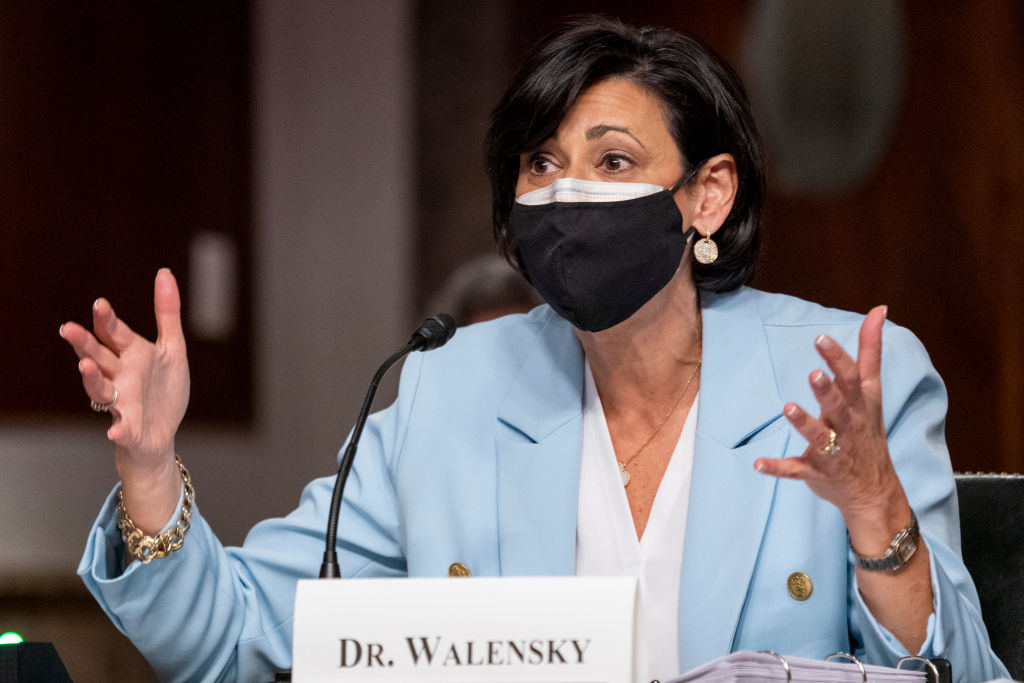 The vaccine works! And it's totally safe!

An advisory committee at the Centers for Disease Control has voted unanimously to recommend adding Covid-19 mRNA vaccines to vaccine schedules for children aged 6 months and older. Many parents are understandably perturbed by this, and not just those on the right-of-center. After all, the number of young children who are fully vaccinated against Covid is comparatively small, especially when you compare that to the number of adults who've been double, triple, or quadruple vaxxed. The fact that, with exquisite comic timing, CDC directrix Rochelle Walensky has just come down with Covid herself, makes this ukase even more ridiculous.

Contra MSNBC's incessant propaganda, these parents aren't all living in Unabomber-style shacks in the woods. They are regular people who, even if they've gotten the jab themselves, have real concerns about the necessity of introducing a vaccine into their children's bodies which is still experimental; which doesn't prevent transmission (despite frequent claims to the contrary); which has been associated with multiple adverse reactions; and which is meant to combat a virus that isn't particularly dangerous to children in the first place. Not to mention that the edict is yet another albatross being hung around the Democrats' necks as we head into the fall elections.

Attempts to raise concerns about the CDC vote, however, have been met with a familiar claim for all of us who were paying attention during Covid, namely that the only people raising a ruckus about this are right-wing nuts, and anyway, its totally normally and won't effect you in the slightest. Time to move along.

That would be the CDC's own Twitter account pushing back on Tucker Carlson's reporting on their vote. Their suggestion is that Carlson is lying, because their agency has no power to force anyone to do anything. After all, "states establish vaccine requirements for school children."

Of course this is technically true. But it leaves out the salient point that most states and municipalities automatically adopt CDC recommendations. And while several states, in the wake of Covid, have begun to make that process less automatic, most American doctors themselves accept and parrot CDC recommendations. Which is to say, their claim here is completely disingenuous. One might even call it disinformation.

At our Against the Great Reset: Eighteen Theses Contra the New World Order book launch event in D.C. this past week (get your copy now), Michael Anton pointed out how this type of response was strangely characteristic of the Covid-19 era. When pressed, every government body and elected official would disclaim responsibility for everything that was happening, even as unprecedented restrictions were foisted upon all of us. People would complain to their state reps, congressmen, senators, and governors, and each in turn would say that, actually, the culpability for that particular decision lay with someone else.

Our bureaucracies were just as bad, making frequent moralistic pronouncements that were far outside their competence -- henceforth this should be called "pulling a Fauci" -- but, when pressed, they would get defensive and say that, actually, they had no authority or responsibility for anything that happened anywhere. (This is exactly what Fauci has been saying lately.) And yet the schools and businesses stayed close, gatherings were dispersed by police, and people's lives were ruined. But, amazingly, no one was to blame.