Borrowing from the Future to Save the World

Lookin' for my Shanghai Lil.

We’ve recently been examining the enormous sums that Western countries, in particular the U.S. and the U.K., are borrowing from the international capital markets to invest in the great Green project of saving the world from global warming caused by carbons emissions. Its current emanation is called Net Zero, and it’s an enormous project which our leaders justify by arguments that unfortunately contradict each other.

On the one hand they congratulate our citizens on being willing to undertake the huge sacrifices Net Zero will require; on the other hand, they are very coy about putting a figure on our sacrifices. And when forced to do so, their total financial estimates seem low in comparison to the austere lifestyles they also promise and that I documented in a recent analysis.

It’s almost as if they are owners of a restaurant advertising special meals for slimmers who nonetheless fear their customers will rebel  when presented with a huge bill for bread and water.

What do they think they’re up to? Why are we borrowing and spending on such a  scale—Joe Biden’s 2021 budget proposals are estimated to add $2 trillion to the U.S. deficit of which $700 billion will finance his green, energy, and infrastructure policies? The European Union and the U.K. are also borrowing and spending similar sums to save the world from carbon?  Can we justify such huge sums when they may avert a large general disaster but don’t fit the usual category of investment? 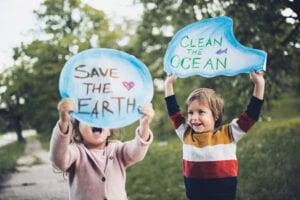 No matter what it costs.

Surprisingly perhaps, the answer is yes. You can justify an investment if it pays for some great but unprofitable social benefit that makes the borrowers proud to sacrifice both capital and income for its achievement.

A historical example of that was the Slavery Abolition Act of 1833, under which the British government spent 20 million Pounds, equal to about 23 billion Pounds today, borrowed from the world’s capital markets, to finance the freeing of slaves throughout the British empire. The slaves were freed; the taxpayers met the payments; and when the final payment on the loan was made in 2014, though attracting only modest notice, it was a source of some national pride in the U.K. Might not net carbon neutrality achieved by renewables be a similar cause?

Perhaps. But the problem is a global one. If it is to be solved, won’t the solution to it have also to be a global one? Lip-service is indeed paid to its global character since the response proceeds by international agreements under the auspices of the United Nations. But this claim is bogus on two counts. The first is that the great majority of non-Western countries, notably China and India, have not in fact made serious plans to switch from fossil fuels to renewables, and though they occasionally promise to do so—China promised President Obama that in 2014—their serious energy investment shows the promises to be fraudulent.

As Patricia Adams, the Toronto-based environmental economist, points out in The Red and the Green: China’s Useful Idiots (Global Warming Policy Foundation, London):

China is pursuing coal at a breakneck pace, with hundreds more coal-fired plants in the planning phase. In fact, says OilPrice.com, ‘China has already added 11.4 gigawatts of coal power capacity just in the first half of 2020, which accounts for more than half of the coal capacity added in the entire world in the same six months.

So the claim that non-Western countries are playing their part in reducing carbon emissions on anything like the scale of the West’s programs is not borne out by the facts. Indeed, if the country that accounts for more than 75 percent of the world’s energy growth is not on board with the Net Zero program, then the West’s own sacrifices for that cause become pointless. What purpose would there be in the Brits cutting down their meat consumption or shivering in homes kept lukewarm by storage heaters or having to switch upwards to an electric car they can hardly afford to run if the UK’s cuts in emissions are massively outweighed by China’s new power stations? 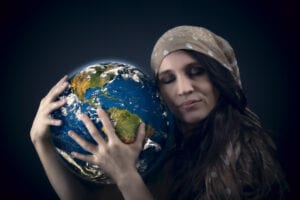 Have you hugged your planet today?

The second bogus claim is more elaborate. This holds that the non-West will join in cutting back fossil fuels and other carbon-emitting practices if the West pays it to do so as a matter of climate justice. The West became prosperous by using fossil fuels to transform its economies from agricultural to industrial ones in the two hundred years from, say, 1750 onwards. You benefited from the industrial revolution, runs the Third World’s indictment, whereas we did not. Now that we all realize economic development based on fossil fuels will ruin us all, you have an obligation to finance our post-industrial revolution by subsidizing our transition to it through green clean fuels. A transfer of $100 billion from the West to the developed world under the management of the U.N. is now demanded as part-payment of that obligation. So we have to add that sum to the massive costs of our own transitioning to Net Zero.

As often with claims of justice, however, falsehoods are doing the heavy lifting in this argument. It’s a falsehood that the developing countries didn’t benefit from the West’s industrial and scientific revolutions. Mankind as a whole gained greatly from agricultural revolutions that abolished famine, Western medicines that greatly reduced deadly epidemics of cholera and smallpox, technologies that made petroleum a valuable rather than a useless resource in the Middle East, better nutrition that extended life expectancy, Western capital and enterprise that created industries like the Malayan rubber industry, and much else.

Living standards throughout the world rose as a result of these revolutions—and they rose disproportionately in those countries that opened themselves to the free market and democracy rather than choosing the alternative route of socialist economics and kleptocratic politics.

We have no reason to feel any guilt about being the first countries--in Britain's case, the first country--to pioneer these wonderful improvements in human life. But that doesn't mean we should abstain from working with the rest of the world in tackling its threats of climate change and continuing poverty. Quite the contrary.

Unfortunately, the U.N.’s approach to these problems—namely, getting the world’s governments to plan a transformation of their economies on the largest possible scale and down to the smallest lifestyle details so as to depend on more expensive and less reliable forms of energy—is an apt imitation of the alternative tradition of political economy right down to the redistribution of resources from what remains of the West’s successful market economies to their rivals in either managed capitalist or planned socialist systems. Its only novel departure from past such experiments is that this time we are actually planning to make ourselves poorer rather than getting there by accident. 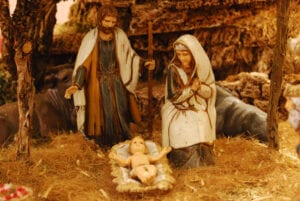 If it was good enough for the Holy Family...

There are in reality practical solutions to the problems of climate change, energy, and poverty proposed by writers such as Matt Ridley, Michael Shellenberger, Nigel Lawson, and Bjorn Lomborg and his colleagues in the Copenhagen Consensus. But little is likely to be done about them while the conventional nostrums of Net Zero and climate emergency dominate the international debate.

Maybe we should be grateful to the Chinese communists for spoiling the party.