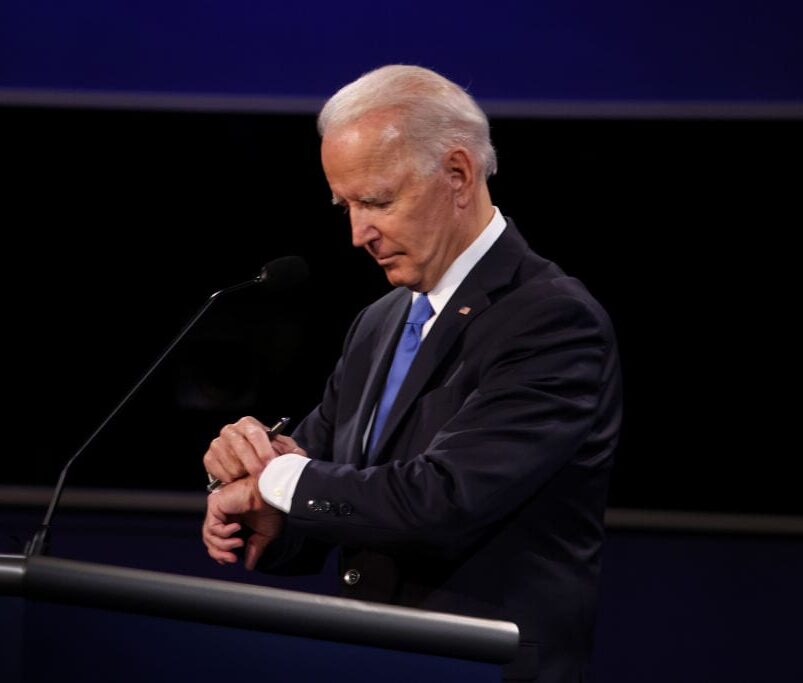 Is this thing over yet?

In an exchange with President Trump during their final debate last week, Joe Biden avidly supported both fracking, which is a major industry in Pennsylvania -- a critical swing state that he needs to win next Tuesday -- and the continued use of fossil fuels. In a normal year, which this manifestly is not, that would not be exceptional.

The problem is, Biden has been pushed to the left all year, and is now supporting the Green New Deal of his party's radicals. When Trump called him out on this policy shift, Biden denied any change, and challenged Trump to prove that he was lying. Which Trump promptly did:

Biden further undercut himself on stage by stating that under his administration, the U.S. would be seeing an eventual end to the use of fossil fuels. That is why Biden and his staff are now trying to blur, err, clarify, his comment that he would have the country "transition from the oil industry by 2025,” (!!!) when asked by President Donald Trump if he would close down the oil industry.

"It has to be replaced by renewable energy over time, over time. And I'd stop giving to the oil industry. I’d stop giving them federal subsidies," Biden said.

"Basically what he is saying is he is going to destroy the oil industry," Trump retorted. "Will you remember that Texas? Pennsylvania? Oklahoma? Ohio?"

Vice presidential candidate Kamala Harris, who has the most radical policy record in the U.S. Senate, and has been  adamant about ending fracking and fossil fuel production, was among the first primary candidates to be booted by Democrat voters and uninterested donors. And this in a year when a majority of Democrat voters expect her to replace her ailing and mentally diminished boss during the course of his term.

THIS is why they're hiding Kamala. pic.twitter.com/zgjpnIGfjQ

So is Biden a hypocrite? Is he a liar? Sure. But that is the least of the problems with his willingness to destroy a key national industry in service of the shibboleth of “climate change,” and the full control of the economy that would ensue under the Green New Deal. There are upwards of 300,000 jobs at stake in Pennsylvania, right this minute, which will be destroyed by ending the fossil fuel industries. More hundreds of thousands are at stake as well in Texas and Oklahoma.

Thanks to the Trump Administration's energy policies, the United States is energy independent for the first time in more than half a century. Domestic production is the reason the average price of gas at the pump is hovering down around $2.20 nationally – a huge decrease from average prices during the Obama years.

Energy independence is also a huge national security boon. Some of the biggest foreign policy successes of the Trump administration are arguably a direct result of no longer needing Arab oil. Indeed, the end of the Saudi – and entire Persian Gulf region – oil economy, due to vastly lower demand, has been a prime factor in new Saudi openness to relations with Israel.

Giving up our energy independence at this time to transition to so-called renewable energy sources would be a costly unforced error.