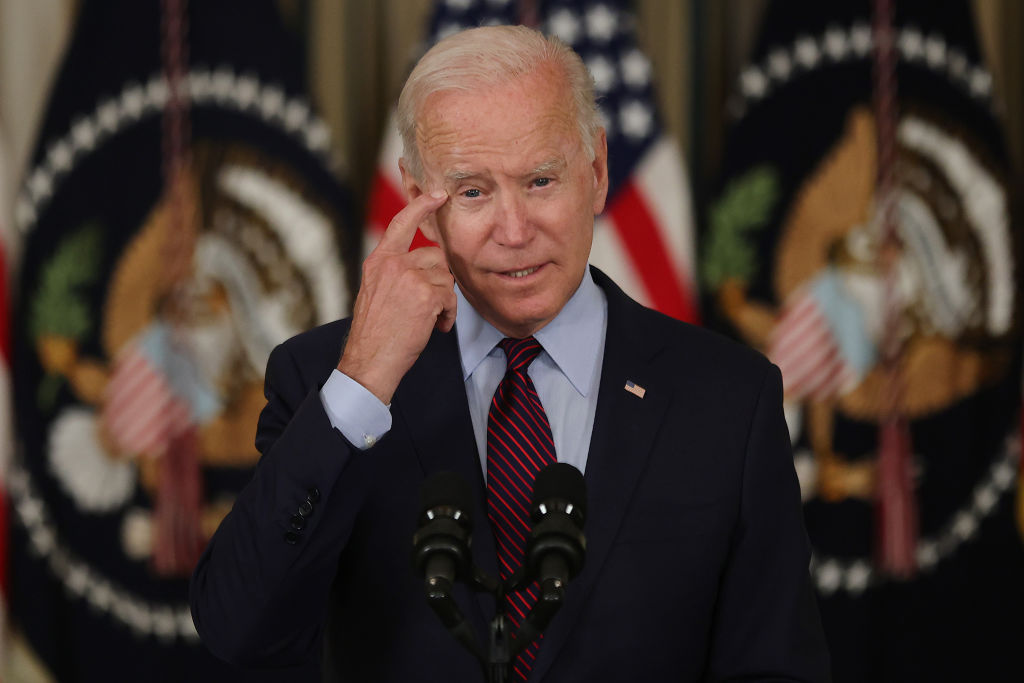 The White House has announced its $5.8 trillion budget plan, which without even a hint of embarrassment the president describes as a “clear message that we value fiscal responsibility.” You see, flush with a record tax windfall, created by the president’s inflationary spending,  Biden proposes to throw more money away on domestic and international outfits which work to curtail the use of fossil fuels, a course which already  has driven up the cost of everything to domestic consumers and would only further impoverish developing countries. He’s already taken no less than eighty-one steps which has driven the price of gas to historic highs.

His new plan includes these whoppers:

You can be sure that this profligate spending will not be monitored. With these folks, auditing never matters in their definition of “fiscal responsibility.” The administration has already wasted billions under its Paycheck Protection and Covid relief plans— as much as 10 percent of the $800 billion handed out under the Paycheck Protection Program has gone walkabout. Not to mention the wholesale looting of the Covid unemployment relief program.

Even with inflation-driven increases in tax revenues, such a grandiose plan depends on the passage of a “wealth tax” and much as I don’t mind seeing higher taxes on American oligarchs like Bezos, Zuckerberg, and Gates, who have profited as the rest of the country suffered, a Democratic Congress is most unlikely to hit the pocketbooks of these, their very generous donors and running dogs. Raging inflation will force even the “fiscally responsible” Democrats to shell out even more to finance the already $30 trillion debt, making this budget’s passage even more unlikely. And in any case, West Virginia senator Joe Manchin has already announced his opposition to the idea.

The Democrats have catered to their far-left constituencies on energy  at the cost of losing their more numerous traditional working and middle class supporters. If they back off this ridiculous scheme to kill fossil fuels, they will lose their San Francisco big buck supporters.

Tongue in cheek, Scott Adams, the creator of the Dilbert comic strip, proposes a new federal tax on gasoline, which could be used “to fund stimulus checks so people can afford to buy gas.” Not to be  outdone, California governor Gavin Newsom has already proposed giving Golden State motorists gas-tax rebate debit cards. You can't make this stuff up.