Beyond the Virus, the War Over Oil Rages On 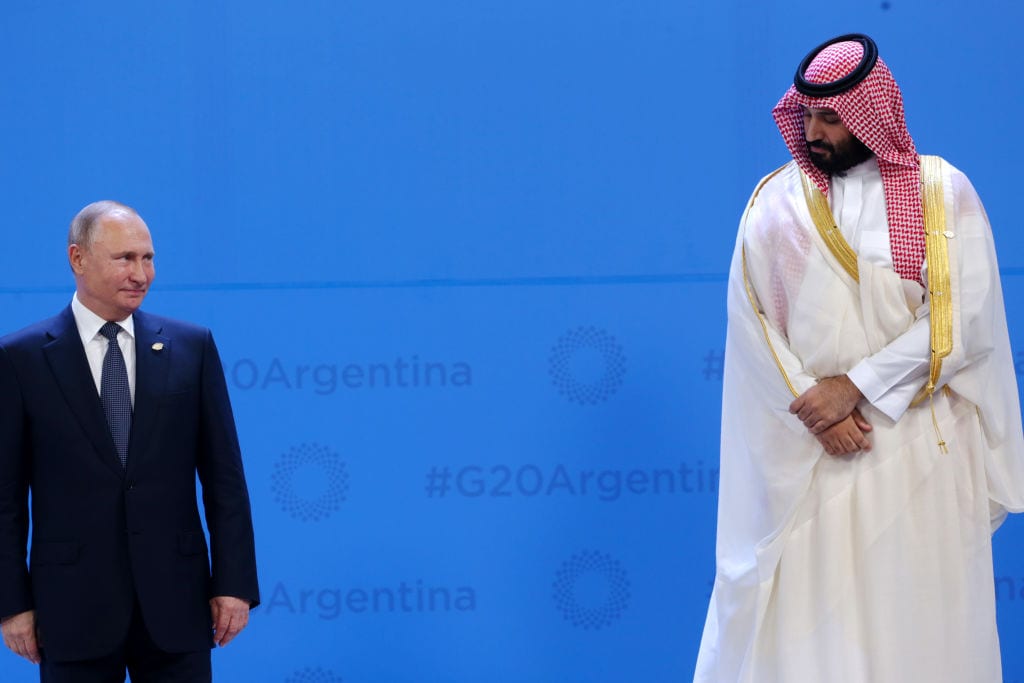 In an effort to stabilize the energy sectors, President Trump has interposed himself into the market-busting wrangle over oil prices between Saudi Arabia and Russia:

When oil prices crashed in early March after a dispute between Russia and Saudi Arabia, President Trump put a positive spin on the news. “Good for the consumer, gasoline prices coming down!” he wrote on Twitter as markets tumbled. On Tuesday, Mr. Trump said that falling gasoline prices amounted to “the greatest tax cut we’ve ever given.”

But the president has also nervously eyed the dire threat that American energy producers face from rock-bottom oil prices, and American officials have spent weeks pressing Saudi Arabia and Russia to settle a dispute that has created a global oil glut and further shaken an already-traumatized global economy.

Leaning on two authoritarian leaders he has befriended as president, Mr. Trump spoke this week with President Vladimir V. Putin of Russia and the Saudi crown prince, Mohammed bin Salman, urging them to bolster prices by cutting their domestic oil production.

Just spoke to my friend MBS (Crown Prince) of Saudi Arabia, who spoke with President Putin of Russia, & I expect & hope that they will be cutting back approximately 10 Million Barrels, and maybe substantially more which, if it happens, will be GREAT for the oil & gas industry!

The president has to tread a narrow path here. On one hand, lower prices at the pump are welcomed by everybody, but a ruinous price war between the Saudi "royals" and Russia's new czar-for-life, Vladimir Putin, is meant to hurt American energy producers just as the country has become energy self-sufficient. Add to this toxic mix the "greens" who would like to see us all living in grass huts and are thrilled with the prospect of destroying the American and Canadian energy industries, and you have a challenging, almost lose/lose situation.

Prices for Brent crude initially leapt by nearly 50 percent after Mr. Trump’s tweets, but dipped again as it became unclear whether his supposed breakthrough would materialize. Neither Russia nor Saudi Arabia publicly committed to such a cut, and a Saudi statement issued on Thursday called only for a meeting of oil producing nations to reach a “fair agreement.” The Kremlin cast further doubt on the possibility, denying a claim that Mr. Trump made on Twitter that Mr. Putin had discussed the matter with the crown prince.

The picture emerged of a president eager to find some good economic news amid the pain of a largely shuttered domestic economy, and of an embattled Saudi leadership feeling financial strain of its own, perhaps seeking the favor of Mr. Trump. Analysts said the major outstanding question was how Moscow, which has been waging a price war with Riyadh, will respond.

A timely reminder that, while the world is preoccupied with the Wuhan virus, the Great Game between and among nations goes on.