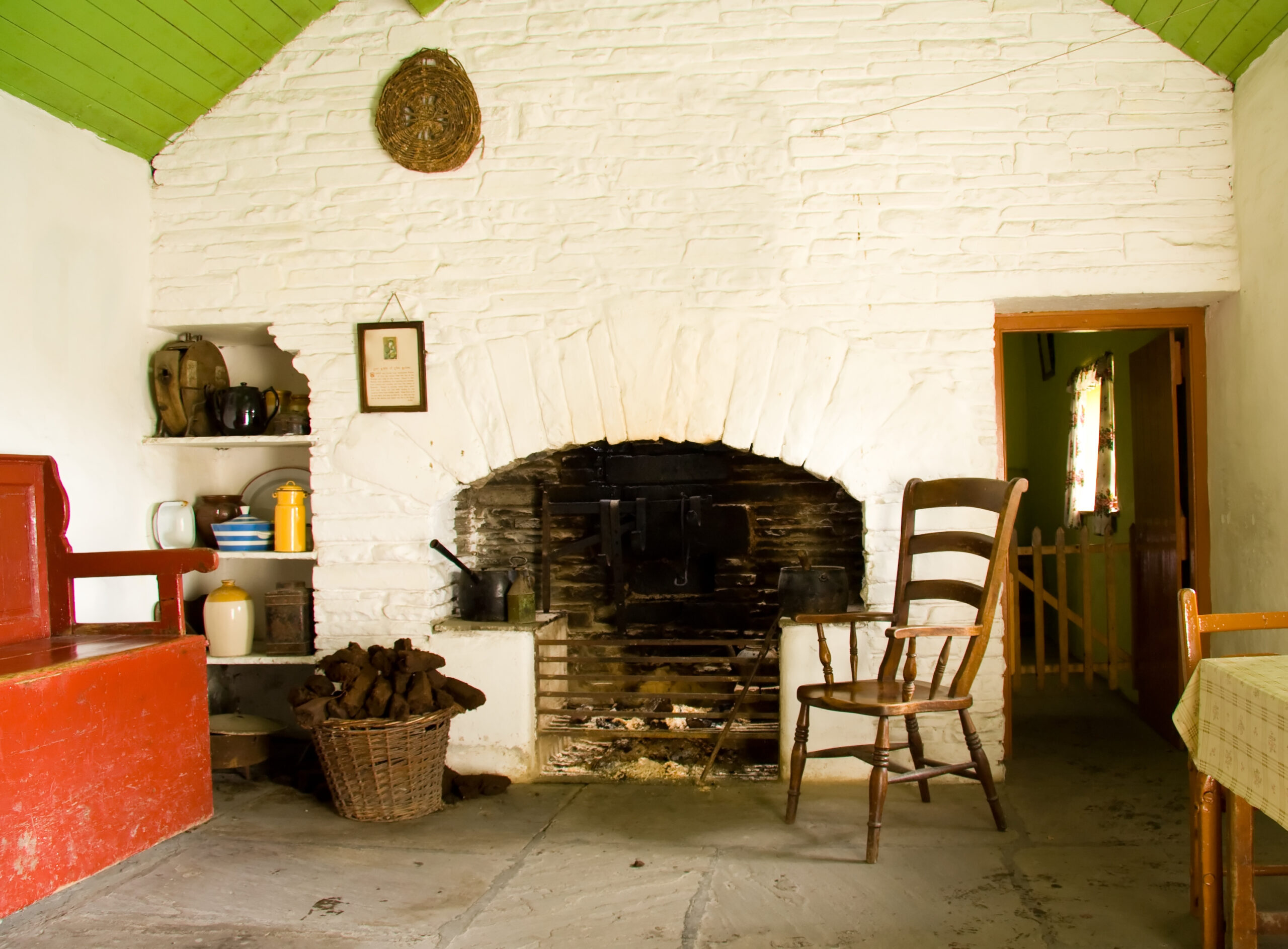 It may not look like much to you but it's home to us, minister Ryan.

The 'Green' War on the Irish Nation

Conor Fitzgerald is one of the rare Irish political and cultural commentators who is consistently worth a read, and his latest Substack post is no exception. It is a lyrical meditation on the place of fire and the hearth in the Irish imagination, in the wake of the government's declaration of war against fireplaces and burning peat, the nation's traditional method of heating homes. Here's Fitzgerald:

The fire is a glowing thread you follow that leads you back into Deep Ireland. Past your parents and your grandparents. They tried to get Irish peasantry to bake bread during the famine but no one had an oven, only a fire. The oldest bodies that can be found on this island are not buried in tombs but under metres of peat, and are often discovered by Bord Na Mona [the state entity which oversees peat bog harvesting]. If humanity can have a Collective Unconscious -- a library of primordial images that everyone recognises without ever having learned them -- I don’t see why there can’t be regional branches of that library. The Fire is the central Jungian achetype of the Irish Collective Unconscious.

"Which is a shame," Fitzgerald continues, "because in the present day, changes to planning laws mean that open fireplaces will increasingly be a thing of the past, nostalgia be damned." He explains that government regulations (bearing all the fingerprints of our old friend Eamon Ryan, Green party leader, environment minister, and anti-Irish zealot) mandate that all new buildings in Ireland will need to pass rigorous energy efficiency standards, which serves as a de facto ban on fireplaces. Moreover, he says, "[s]ales of existing houses will also depend on energy efficiency ratings, meaning that existing fireplaces will be sealed/ bricked up," while "[t]he commercial sale of turf is to be banned, and Bord Na Mona’s peat harvesting is also being wound down for environmental reasons."

For those of you who don't know the country, the smell of the turf fire is one of the principal things that let's you know not only that you're in Ireland, but that you're home. You don't smell it inside the home, but outside, where it functions as a beacon and a signifier, reminding you where you are and how lucky you are to be there. There's nothing like it anywhere else in the world.

Apart from the sentimental aspects of the story, there are notable practical issues with these arbitrary and destructive diktats. The first is that Ireland, like the rest of the world, is being crushed under unprecedented heating and energy rates. Ireland's Electricity Supply Board has just this month increased residential gas rates by nearly 40 percent. With the war in Ukraine still raging and likely to continuing roiling global energy markets for the foreseeable future, does it make any sense at all to restrict a tried-and-true method of heating homes, and one which was the only source of heating when many Irish dwellings were built? Eastern Europeans, who have been spending days lining up for rationed coal and stockpiling timber as winter approaches, would probably be grateful for a natural resource like peat...